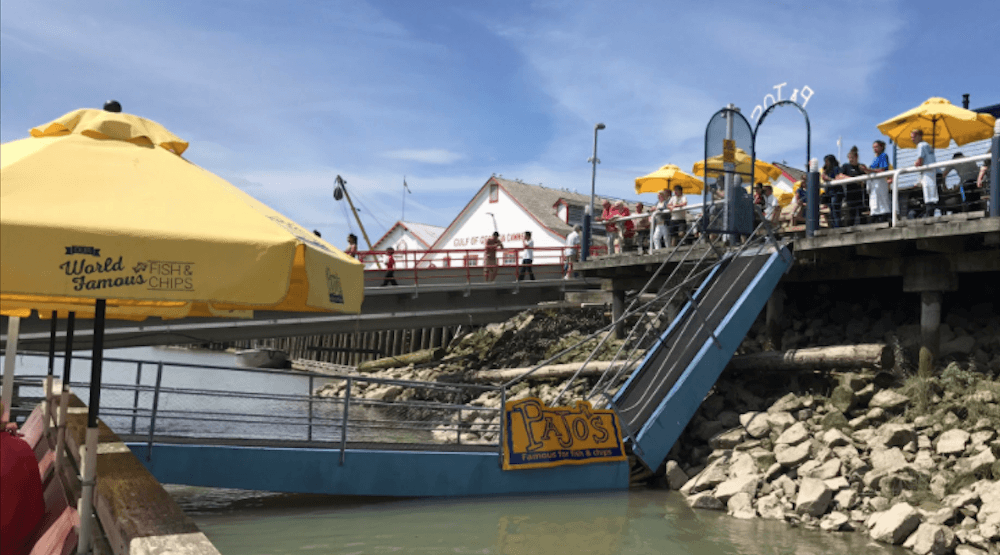 At least one person was reportedly taken to hospital on Sunday, after the access ramp to Pajo’s Fish and Chips Restaurant collapsed.

The ramp to Pajos broke with about 15 people in Steveston #GlobalNews pic.twitter.com/P60TcQ2bUr

Hwang said a number of people were “temporarily stranded” on a floating structure, but were all assisted to shore.

In a Facebook post, Pajo’s said it is “currently working with local authorities to figure out the cause of this incident.”