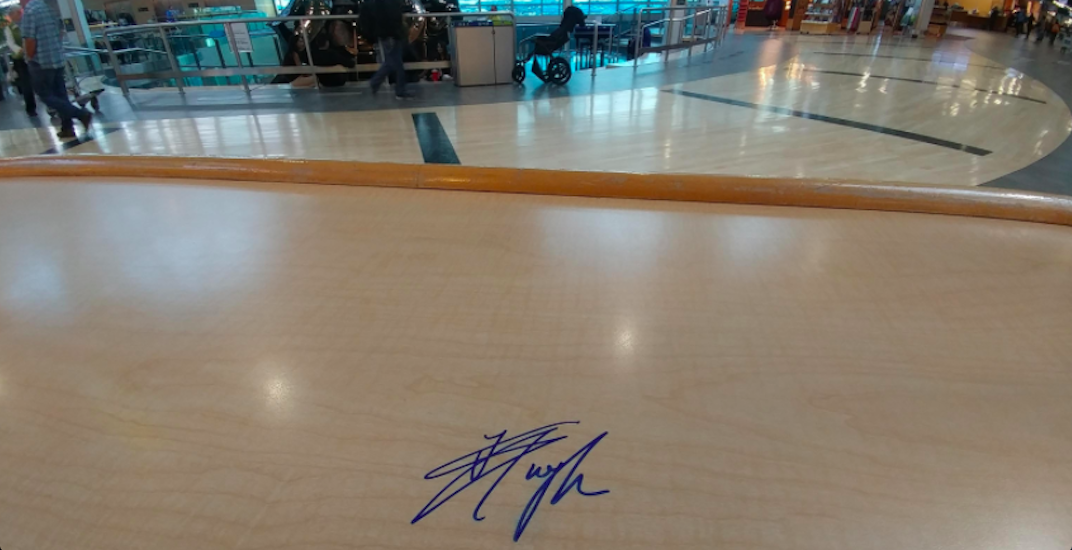 Aerosmith’s Steven Tyler was in Vancouver this past week, and now it seems he decided to (literally) leave his mark at Vancouver International Airport (YVR) on his way home.

The hit musician was in town as part of the  David Foster Foundation’s 30th Anniversary Miracle Concert at Rogers Arena in downtown Vancouver on Saturday night.

This year’s event raised over $10.2 million for the cause.

And before leaving YVR, Tyler decided to make his visit extra memorable (?) for himself – and others.

In a photo that was taken at the airport – within the international terminal food court – and posted to Reddit by a user named Mipset, Tyler’s autograph can be seen scrawled in pen across a table. 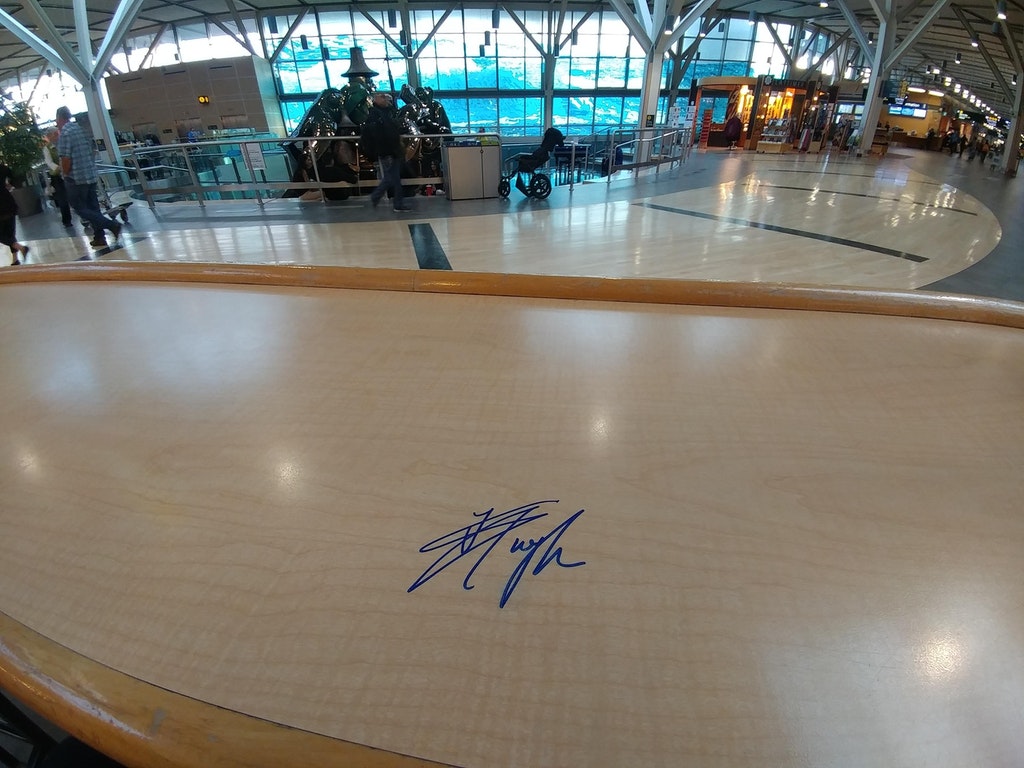 We’re not sure what the motivation behind this was, but there it is, regardless.