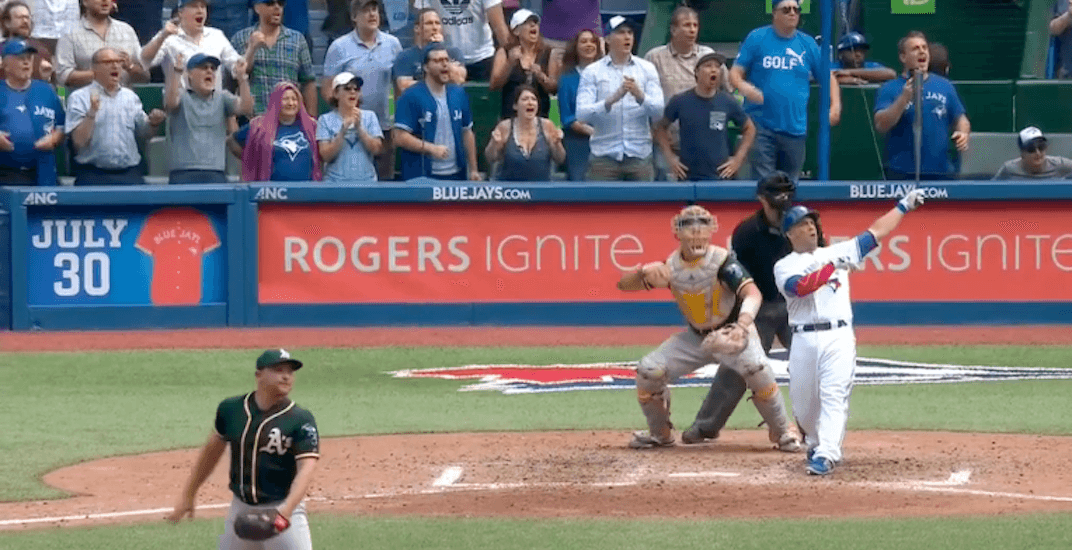 The Blue Jays aren’t dead yet, as it turns out, winning their fourth game in a row to sweep the visiting Oakland Athletics. And for the second straight game, the Jays won in dramatic fashion.

Trailing 4-3 in the bottom of the ninth inning, Toronto got a solo home run from Kendrys Morales to tie the game and send both teams to extra innings.

That set the stage for Steve Pearce to be the hero.

With two outs, the bases loaded, and the count full, Pearce connected on 93 mph fastball which managed to stay just inside the left field foul pole.

Watch the walk-off grand slam for yourself:

With two outs in the 10th, Steve Pearce hammers a 3-2 pitch deep down the left field line for a walk-off grand slam and an 8-4 Toronto win pic.twitter.com/XayHS79k8p

It was a history-making moment, as it marks the first time the Blue Jays have ever won consecutive games with walk-off home runs.

The Blue Jays also trailed heading into the bottom of the ninth inning on Wednesday before a two-run home run by Justin Smoak tied it up. The next batter, Kendrys Morales, won it for Toronto with a solo walk-off home run.