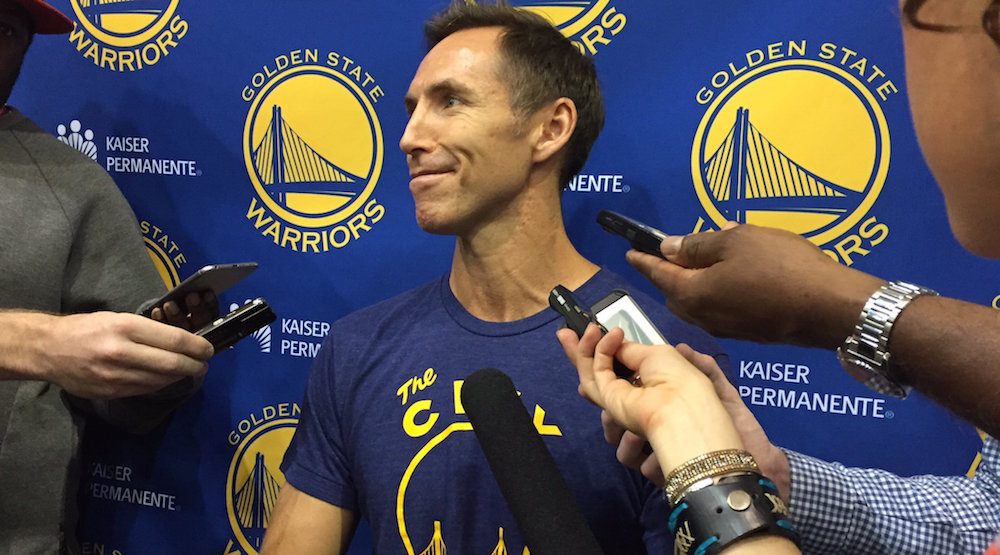 Kevin Durant wasn’t the only former NBA MVP the Golden State Warriors added to their organization in recent years.

Yes, Steve Nash is finally going to get a ring too.

Hired nearly two years ago as a player development consultant, Nash is a member of the Warriors team that won their second NBA championship in three years on Monday.

Golden State completed arguably the most dominating season of all-time, going 67-15 during the regular season before nearly running the table in the playoffs. They steamrolled through the Western Conference before taking care of the Cleveland Cavaliers with remarkable ease, on their way to a 16-1 playoff record.

This guy deserves everything! Unbelievable person who’s been through a lot of tough days. To good health my friend.

The native of Victoria, BC joined Golden State primarily because of his relationship with head coach Steve Kerr, who Nash knew from his time with the Phoenix Suns. Nash works with the Warriors in a part-time capacity, working on-court with players periodically throughout the season.

“Steve Nash was one of the best guards to ever play in this league and we are so happy to add him to our staff and have him working with our players,” Kerr said at the time of his hiring. “Even though he possessed incredible individual skills and abilities, Steve always played the game with a team-first mentality, which is something that we emphasize greatly within our group.”

Golden State found a way to put egos aside and come together as a team this season, something that’s easier said than done.

“The Warriors played such a beautiful style of team basketball last season and it’s a style that I am very familiar with and enjoyed playing throughout my career,” Nash said upon his hiring just three months after Golden State’s first title in 40 years. “This team is extremely talented, as they proved in winning the championship last season, but they also have a number of core players who are relatively young in their careers. That is a very unique blend and I’m excited about the opportunity to work with these guys and hopefully pass along some of the lessons that I learned during my career.”

Nash, now 43, has been retired since 2014 after a 19-year NBA career with the Phoenix Suns, Dallas Mavericks, and Los Angeles Lakers. The closest Nash came to winning a title as a player was making it to the Conference Finals, which he did on four occasions.

The greatest basketball player Canada has ever produced, Nash was an eight-time All-Star and won back-to-back MVP awards in 2005 and 2006.