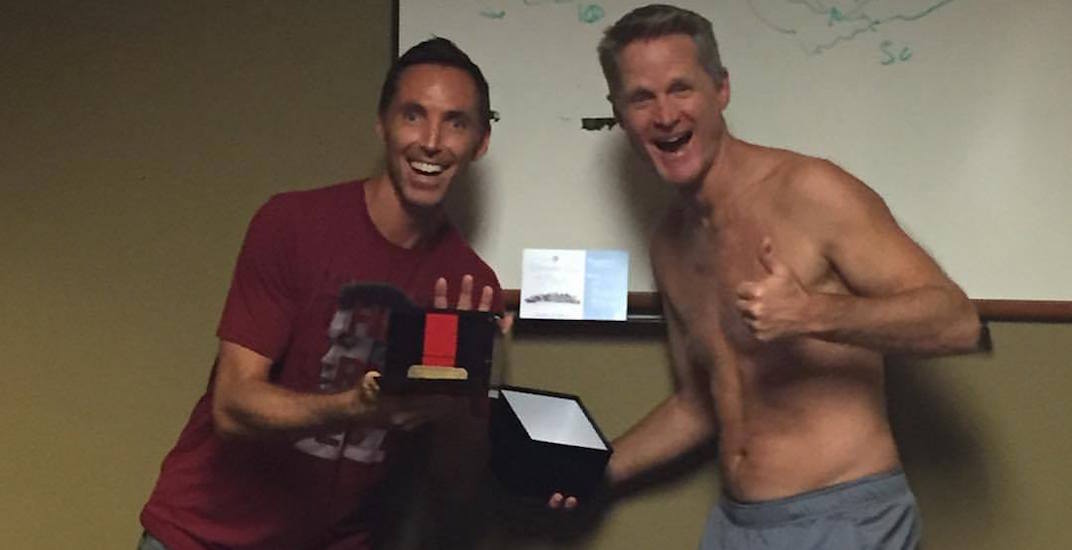 Steve Nash is an NBA champion, and now he finally has his ring.

The greatest Canadian basketball player of all-time, Nash never won an NBA title as a player. He’s a champion now though, as he was part of the Golden State Warriors championship-winning team last season.

The Victoria native has been a player development consultant with the Warriors for the last two years.

Most of the team was presented with their rings eight days ago, before Golden State’s season opener. Nash, for whatever reason, wasn’t part of that ring ceremony.

The two-time MVP picked his ring up recently in a slightly less glamorous presentation, featuring a shirtless Steve Kerr. Lucky for us, he shared the moment on social media.

“My own personal ring ceremony,” Nash posted to Instagram. “Want to thank everyone who came out and for all the support. Clothing was optional but good vibes mandatory. Go Dubs.”