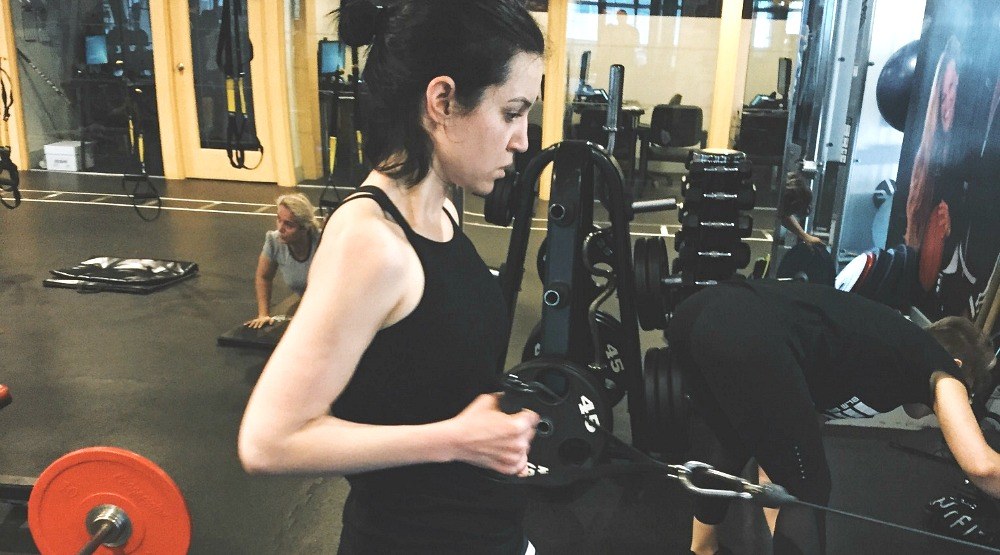 The 90 Day Fitness Challenge is brought to you by Steve Nash Fitness Clubs.

I don’t necessarily believe in “balance” in that all areas of life should somehow feel equal. What I do believe, however, is striving to feel like you have a grasp on all the moving parts and aren’t just flailing around or constantly playing catch up. When it comes to working out and eating healthy, I’ve always struggled to accept that balance – that feeling of practical equilibrium – might actually be the most beneficial. 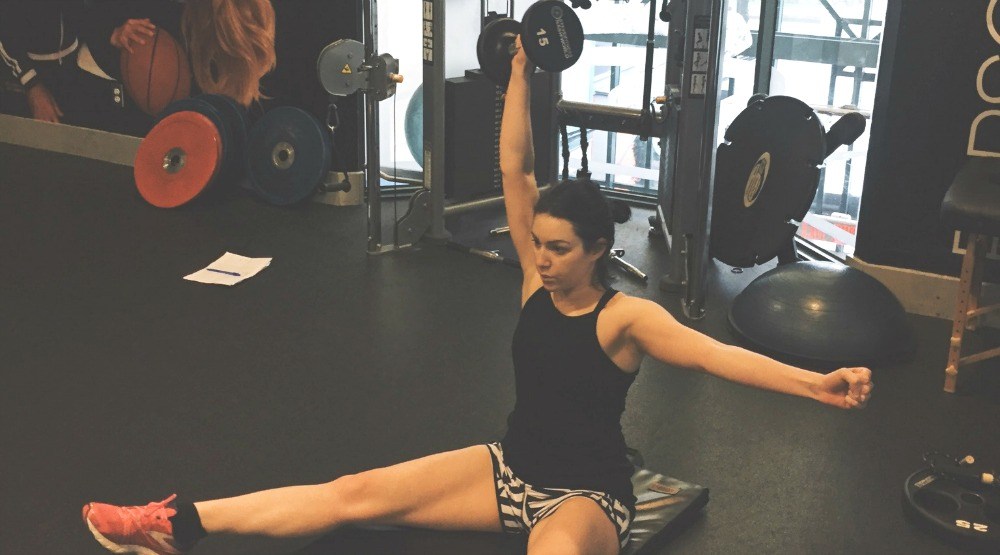 It doesn’t work merely to tell people what they need to do or how they should go about doing it. When I started my personal training sessions at Steve Nash for the 90-Day Fitness Challenge, I quickly learned the difference between showing up with – or without – food in my system. Even though I had been told about the benefits of eating breakfast and keeping myself hydrated throughout the day, it just wasn’t part of my daily habits to do so. I quickly found that not fuelling up before a session felt like driving a car on empty, not only did I not have enough energy to maximize the workout, but I spent the entire hour wondering if I would even get to where I was going. That’s neither a productive or positive headspace. I had to suffer through a few sessions on the verge of passing out before I finally decided to give the nutrition plan a wholehearted effort and form some new habits.

Every single member of Steve Nash receives a free nutrition consultation and plan. You can even get the nutrition plan with a free 7-day pass, if you prefer to test the waters before diving in. When my trainers initially put together the nutrition plan for me, I had already decided I probably wouldn’t fully commit to it. My lifestyle felt too “on the go,” I enjoy take-out for lunch, and I particularly love going out for dinners after a long day. But then something began to change over the weeks that followed. A dialogue of support was built between my trainers and I around my inconsistent behaviour. Through that, I began to develop connections about what mattered to me and why, and it became obvious what I was missing out on by eating poorly and erratically. If my body was a car running on empty, I was also driving blindfolded. I decided to consult the plan for clarity, and, in keeping with the car analogy: it became my roadmap towards a healthier lifestyle. 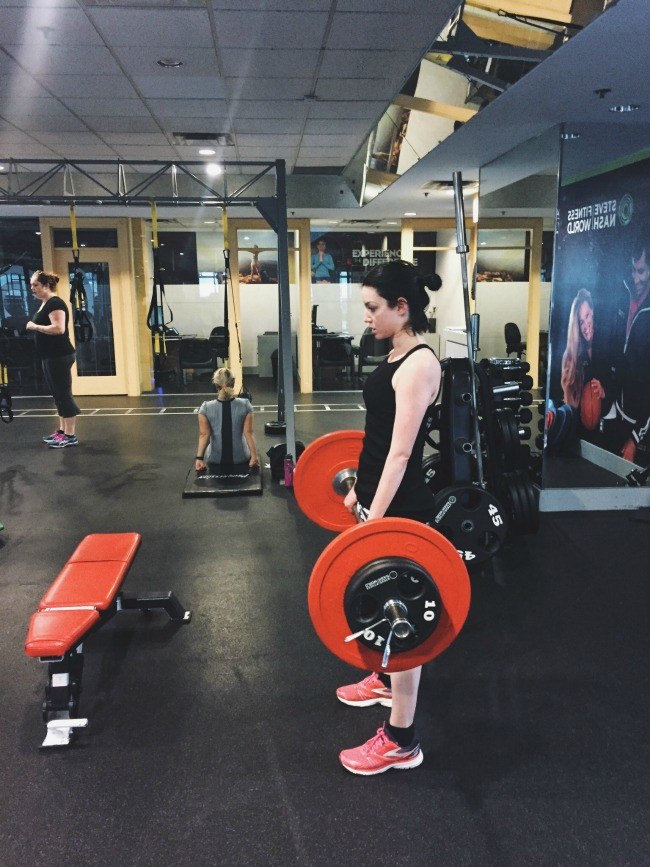 Practicality is one of the most important things when it comes to health and fitness. But reality can be a routine sucking, plan ruining, curve ball throwing beast. In short: shit happens.

I got sick. I went on a trip. I ended a seven-year relationship. I lived on a friend’s couch. I took on more work. I moved into a new place. I got a minor kidney infection. I hid from the world. Do you think eating healthy was a priority in the midst of this hailstorm of change? Nope. Not even a little bit. It was ramen noodles, chocolate brownies, and wine on repeat. When you’re dangling over a chasm of uncertainty, it helps to have a smidgen of consistency to hold onto. Maybe that means your two personal training sessions that week are the only thing you can be sure of. Maybe spending a few hours meal prepping for the week will feel like the only time you can be silent in your thoughts. These small commitments became a sanctuary for me, at least.

We don’t live in a magical house that contains a gym, a Whole Foods, and a team of caretakers. Instead, we are forced to set out every day into a world with very little rhyme or reason. Somehow we need to be an adult about the whole thing, not die, eat healthy, and make it to that 3:00 meeting. Yes, we should all eat healthier, drink less, sit less, and exercise more. But the reality of life is that we are constrained by a finite amount of time, energy, money and willpower. A fitness or nutrition routine that doesn’t take this into account can easily make us feel like we are constantly falling short of our health goals. 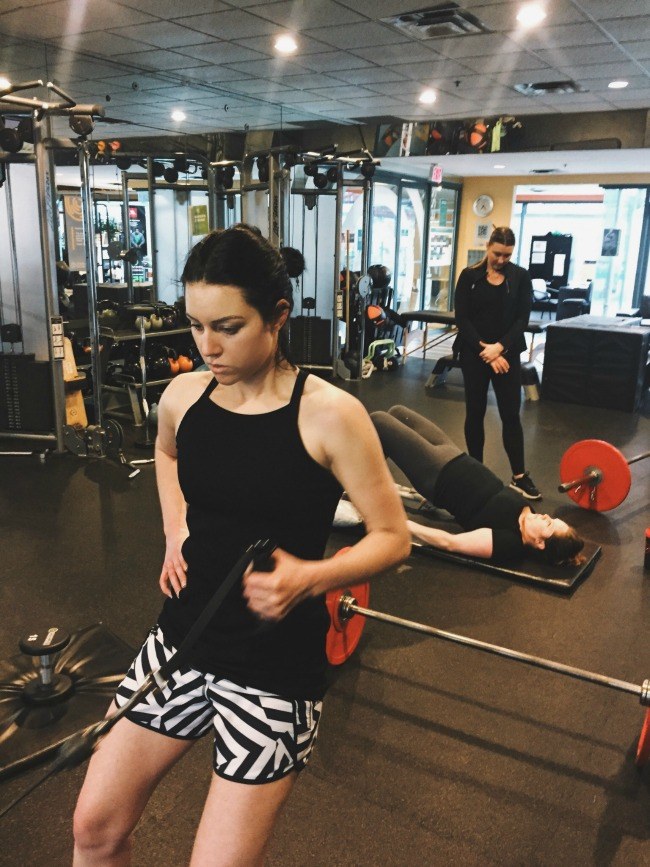 And that’s why this 90-Day Fitness Challenge at Steve Nash worked. I was given a meal plan, I had my training sessions planned a week in advance, and in between I was given grace during my setbacks.

The people who are most successful are those who embrace both consistency and imperfection. You will fall down. Your cheat day will become a cheat week. You’ll forget to eat altogether. Just make sure you keep coming back to that roadmap.

Showing up at Steve Nash begins long before you walk through the doors. It starts in your mind and in the kitchen. And if the road keeps throwing you tight corners, if life feels like it’s moving a little too fast, take your foot off the gas and just coast. Trust your trainers, trust the plan, and keep your eyes on the road ahead. You’ll get there eventually. I did.