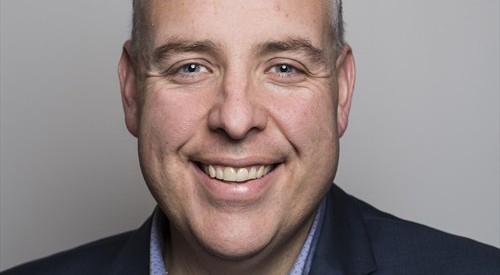 Steve Darling, former Morning News anchor on Global BC, will run for the BC Liberals in Burnaby-Lougheed in next year’s provincial election, it has been announced.

In a release, Darling said this was an exciting time for him, his family and British Columbia and he was honoured to be running for the BC Liberals.

“For the past 18 years, I have gone to work in Burnaby telling stories that matter,” said Darling. “Now, I’m looking forward to fighting for the priorities that matter, such as good jobs, a strong economy, and world-class services for young families like my own.”

Darling co-hosted the Morning News show for almost two decades before being abruptly let go last month, after his position was eliminated.

The move provoked outrage among his fans. Announcing Darling’s candidacy, Premier Christy Clark acknowledged he is known for standing up for the little guy.

“Now, he’s stepping up and fighting for the values that built this province, because he’s seen how important they are for himself,” said Clark in a release.

Fighting Darling for the Burnaby-Lougheed riding will be New Democrat candidate Katrina Chen, who hopes to replace NDP incumbent Jane Shin, who won’t be running.

BC Liberals links to Global

Darling is not the first member of Clark’s team with a background in the media – or even a history at Global.

Former Global reporter and bureau chief turned LNG industry publicist Jas Johal will also run for the BC Liberals in 2017, in the new riding of Richmond-Queensborough.

And former CHEK host, CKNW reporter, and Global and CTV anchor, Pamela Martin now works as director of engagement for the BC Liberals.

Meanwhile, Clark herself was previously a CKNW radio host, columnist for the Vancouver Province and the Vancouver Sun, and an election analyst for Global BC and CTV.

The provincial election will take place on Tuesday, May 9, 2017. To find out more about the election and how to register to vote, check elections.bc.ca.