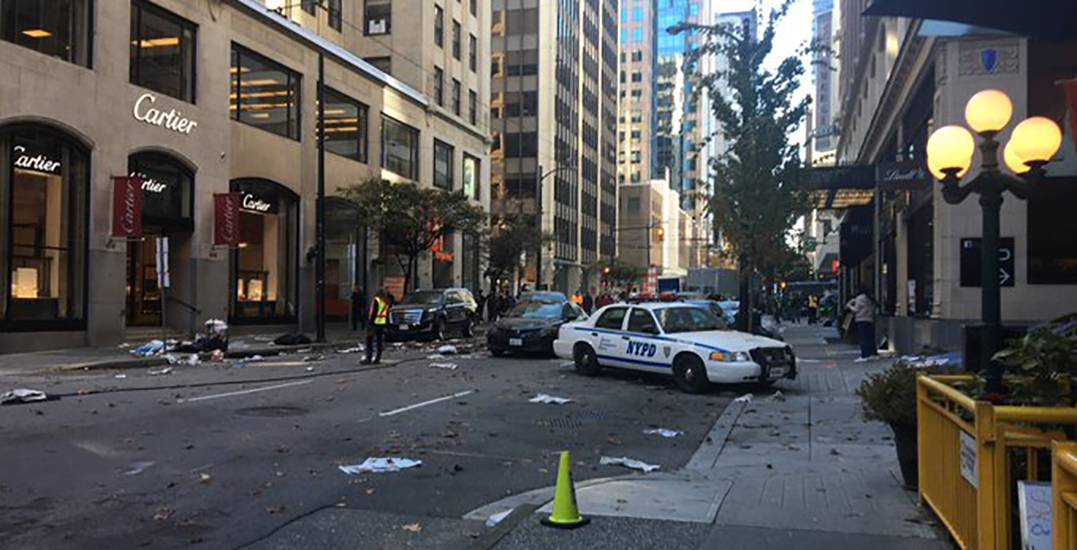 Parts of Port Coquitlam could undergo a post-apocalyptic makeover over the next few days as filming takes place for a graphic Stephen King television series.

The City announced on Wednesday that Leigh Square would be used as a filming spot for The Stand, otherwise known as Radio Nowhere. The miniseries is based on King’s 1978 horror novel that features a post-apocalyptic world where 99% of the population is wiped out.

Crews will be filming on Friday, February 21 and the City says that “minor traffic control” could take place around the 2500 blocks of Shaugnessy Street.

Lots of activity around Leigh Square the next few days as CBS television series “Radio Nowhere” prepares for filming. Their crews will be filming Friday, Feb 21 so please be aware of some minor traffic control around 2500 blk Shaughnessy. Thanks everyone! https://t.co/f1KsQVrX2j pic.twitter.com/015eMBpfVS

Filming for the series also took place in Vancouver towards the end of 2019. Parts of Gastown were littered with graphic content and props, such as mock dead bodies, dead animals, trash, and debris.

The filming in Gastown also included explicit language and gunfire, which could occur again when crews take to Port Coquitlam this Friday.