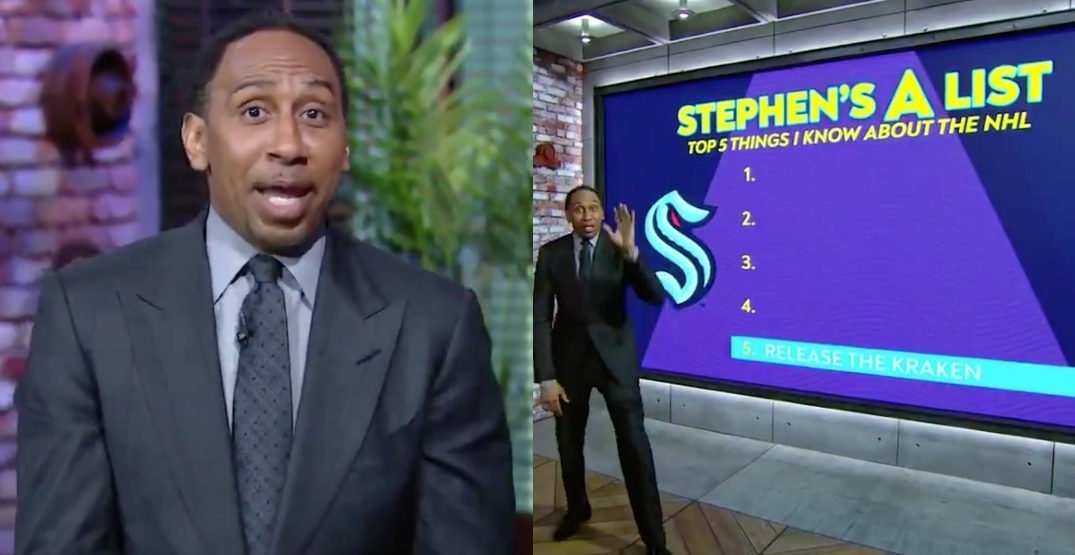 Stephen A. Smith doesn’t know a lot about hockey, but he does know about the Seattle Kraken, and let me tell you, he is excited about it.

“The NHL is back [on ESPN], and look who’s talking about hockey!” the outspoken ESPN broadcaster said in a video posted to Twitter today.

So to celebrate, Smith put together a fun list of things he knows about hockey. The Seattle Kraken ranked No. 5 on the list, but that doesn’t mean he was any less excited about them.

“This is a miracle, because I don’t know a damn thing about hockey!” Smith joked.

“Give it to me! Release the Kraken!” he said.

Aaawwwwwww Sugar Crackers! Your Boy’s about to get into Hockey. Yes! HOCKEY!!! Check me out! pic.twitter.com/8Sr4ERzTjS

“The Kraken is a mythological sea monster, a giant squid, from the 1800s. Listen! You didn’t think I’d know that! That’s right. But damn it, it’s the Kraken! It’s Seattle, which is a beautiful city, especially when the sun is shining.”