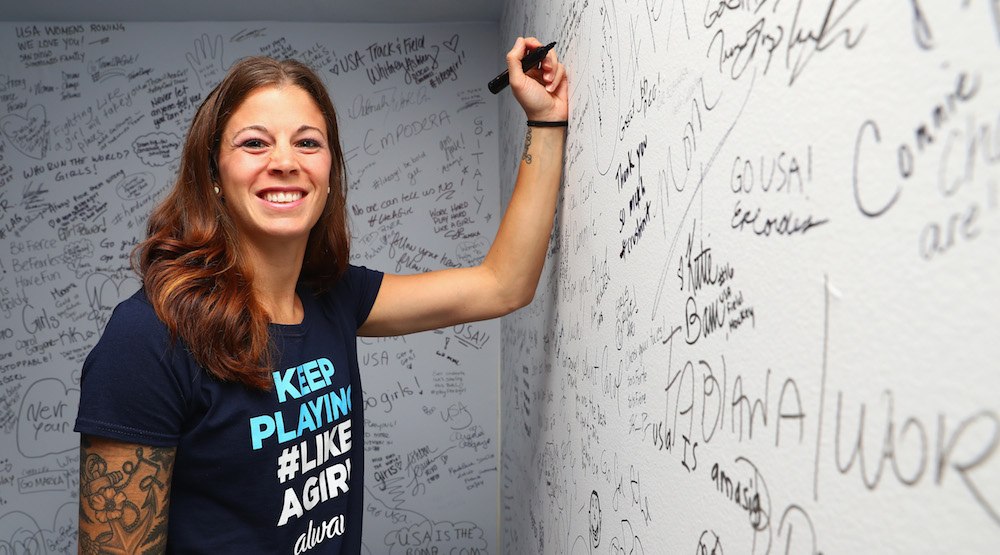 She stood tall and confident at Rio de Janeiro over the past few weeks as Canada’s women’s soccer team’s starting goaltender in the soccer tournament of the 2016 Summer Olympic Games, but there were moments in Stephanie Labbé’s past when she doubted herself – to the extent that she nearly quit sports.

Today, the 29-year-old goaltender of the bronze medal-winning team says she has her parents, who were both athletes, to thank for supporting her dreams and giving the confidence that she needed at the time. Her mantra since then: She is in control of her own destiny.

“It was people telling me I wouldn’t make it and having that believe in that,” said Labbé in an interview with Daily Hive. “With my parents’ support and friends supporting me and telling me not to listen to them, I learned how to tune out those voices. The only voice I listen to now is my own, and that’s the only voice that matters the most. If I tell myself I can do something and if I believe in myself, that’s all that matters.”

Labbé says her mom was her greatest supporter and someone she would always look up to, especially after a battle with cancer several years ago.

“Mom was the one who always encouraged me,” she said. “She never forced me to do anything. I always wanted to go to practices, she was always the one driving me to and from sometimes 40 minutes one way.”

“She has battled some tough fights in her life, and for me to see that and see her strength through it all – how she never complained and was always positive through her struggles – it was definitely a big inspiration for me.”

Sports has always been a way for life for Labbé and her brother, who was a professional hockey player when she was younger. She played basketball, badminton, volleyball, and even track and field before choosing a path in soccer – realizing that there was a passion with the sport one she started playing.

For Labbé, like many other athletes, sports has brought so much to their lives, and the positive lessons they learn from playing sports – especially team sports – can apply to all areas of their lives.

Recently, she became a member of personal care brand Always’ ‘Like A Girl’ campaign that aims to encourage girls to not only go out to play but also show how they play.

“We’re encouraging them to show us how they keep playing like a girl because that’s where we can start the conversation and continue inspiring other girls to do the same,” she said. “I really think it’s sad that there are so many girls out there who feel they don’t belong once they hit puberty and belong in sports.”

The tide in attitudes towards female sports and female athletes has changed over the past decade, and it’s most evident with the high performance of Canada’s athletes at these Olympics where girl power brought home 16 of the country’s 22 medals.

“I think it’s incredible to see how many females are being successful at the Olympics,” said Labbé. “It pays tribute to the amount of confidence that is building in girls, and to see all of that inspiration is huge.”

“I’m just so happy to be a part of that, to be here and see all these female role models. I didn’t have female role models when I was young, it was tough. Females weren’t as well-represented in the media, but now to see all these strong women performing and winning medals at the Olympics is something that’s huge for young girls to look up to. They can see them and know that if they can continue dreaming and believe in themselves, dreams can come true.”

As for what it was like to be a part of the Canadian women’s soccer team at these Olympics, which were a first for Labbé, she describes it in this way: “The amount of belief and support we have in each other, no matter the role that we play in the team, it’s not about the players that are on the field it’s the entire team. We know that it takes every person on the team to make the team successful, so it’s just that common bond that we all have and we all have this common goal that we want to reach. No matter what role we support each other and are there for each other.”