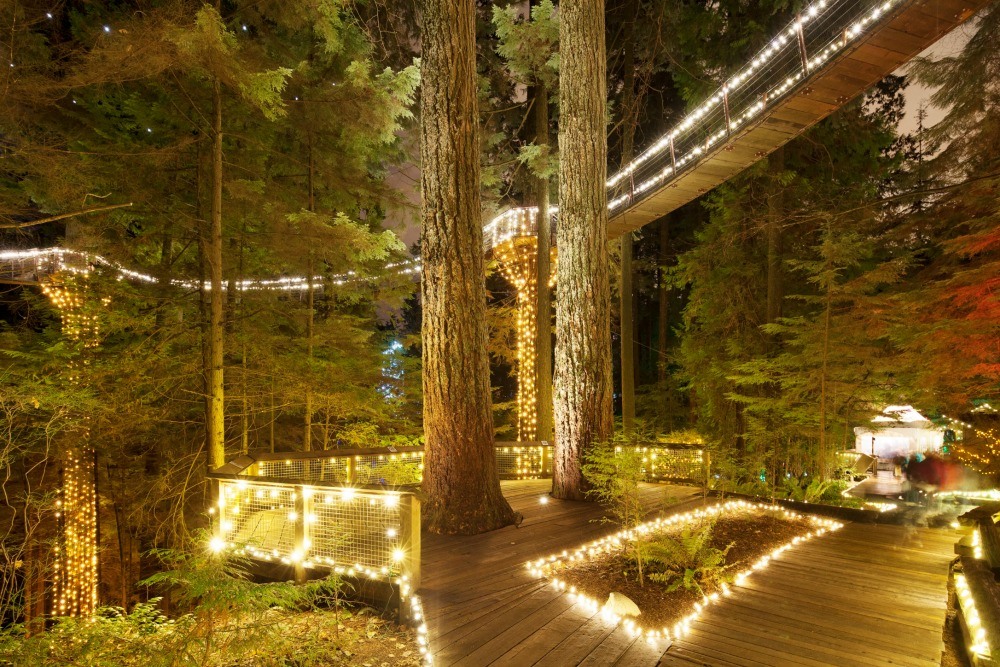 Canadian craft brewery Steam Whistle’s Unsigned indie music series returns to Vancouver this month in support of Music BC. The event’s goal is to give back and help the growth of Canada’s indie music community across the country.

Now in its fourth year running, Unsigned has come a long way since its first show in Toronto in March 2007.

“We have been long involved with the arts and the music communities,” said Matthew Weed, Steam Whistle’s Special Events Manager. “Down in Toronto, the brewery is based in an old railway roundhouse and we’ve got an event venue in here. [Unsigned] came from trying to find a way to help support the local music community and at the same time get some really amazing shows in our space.”

Today, there have been 24 Unsigned shows in Toronto, and Steam Whistle has since expanded their markets to Calgary, Edmonton and Vancouver.

“We are working our way across the country. Our goal is to become the most respected pilsner in Canada. But in every area we get into, we really want to work with the local community. That’s our style of operation,” said Weed. “We’re not spending millions of dollars on big flashy marketing campaigns. We want to get in and help the arts community, the theatres, the dance companies, and the music scenes in every city. It’s an area we really want to support.”

Steam Whistle works with selected organizations in the different communities, with the main criteria being that it is a charitable not for profit organization that is assisting the arts and music communities.

“We are working with Music BC in Vancouver. They are great supporters of live music, specifically BC music.”

Music BC is a non-profit society dedicated to providing information, education, funding, advocacy, awareness and networking opportunities to nurture, develop and promote the spirit, growth and sustainability of the BC Music community.

All the proceeds from the door will be going back to the community through Music BC.

Besides giving back to the local arts scene, Unsigned has become a way for bands to get some exposure nationwide. The upcoming April 11 show at the Biltmore Cabaret will feature Vancouver’s Tough Lovers, We Need Surgery, and Elizabeth.

Weed said the concert series allows them a chance to discover great bands. “There’s so much amazing music across the country, sometimes it’s hard for people on the other side to get a taste of what’s going on,” he said.

The bands featured in Unsigned are sometimes discovered through other concerts, or artists send in their music to Steam Whistle.

Weed said they are not looking for any particular genre;  they have featured rock bands, hip hop groups, country and electronic music. “We are really just looking for Canadian bands that are doing something new and interesting. We want people that are genuinely passionate about music, people who are pushing the boundaries,” he said.

To date, Unsigned has featured over 50 independent Canadian acts, and have raised over $70,000 for local artists. In Toronto, Unsigned’s proceeds go to the Artists’ Health Centre Foundation.

Check out the Steam Whistle Unsigned series on April 11 at the Biltmore Cabaret. Doors open at 8 p.m. and tickets are $5 at the door, with 100 per cent of proceeds going to Music BC. 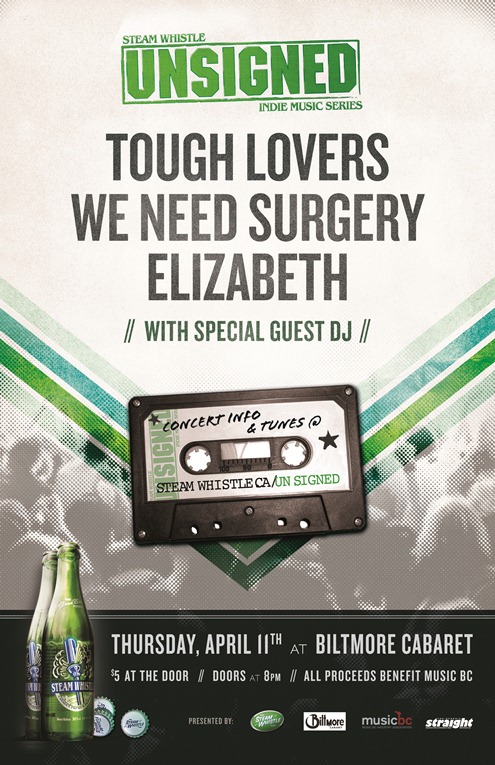