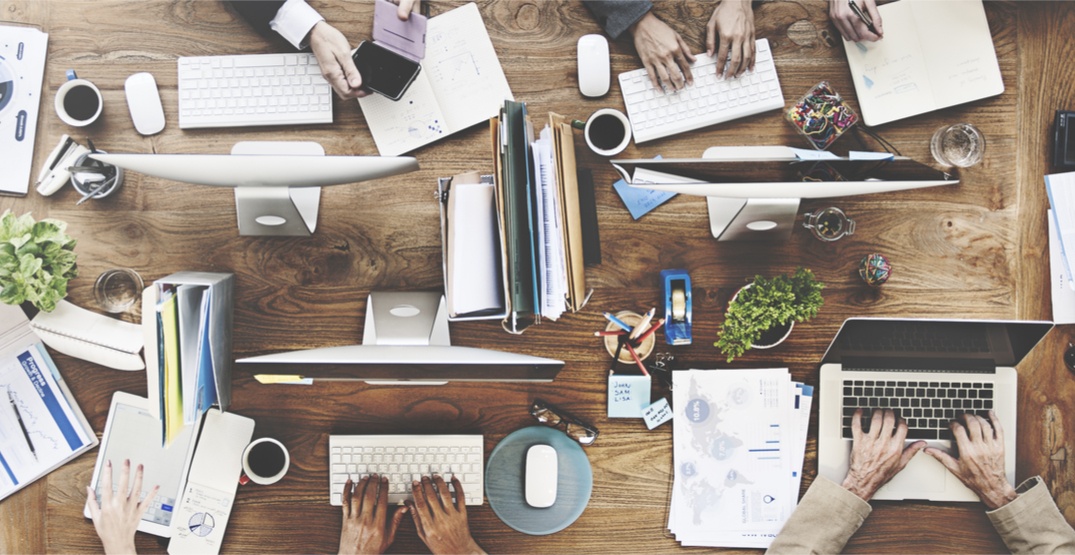 The unemployment rate in Canada is currently the lowest its been since comparable data became available in 1976.

According to Stats Canada, employment went up by 94,000 in November, driven by full-time work. Meanwhile, the unemployment rate decreased by 0.2% points to 5.6%, the lowest in 42 years.

The latest Labour Force Survey showed that employment has increased in most provinces.

With that, more people worked in professional, scientific and technical services; health care and social assistance; construction; business, building and other support services; transportation and warehousing; and agriculture. At the same time, fewer people worked in information, culture and recreation, states the report. 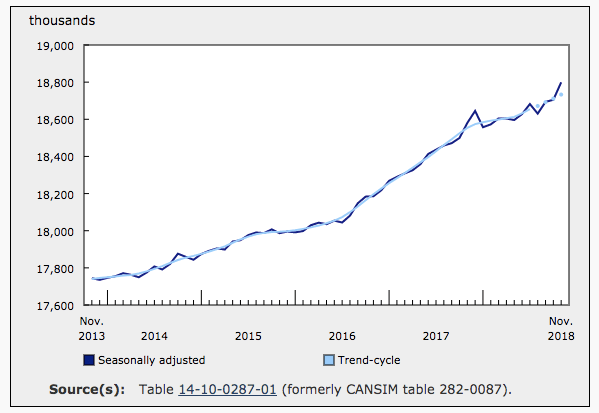 In Ontario, employment increased by 20,000 compared to October, with most of it gains in full-time work. And the number of employed people in BC grew by 16,000 last month.

An interesting addition to this month’s Labour Survey is the increase in jobs in the cannabis industry.

When non-medical cannabis became legal in Canada on October 17, the number of people employed in cannabis-related jobs in November saw an increase of 7,500 (or a whopping 266%) from 12 months earlier.

The majority (58%) of cannabis-related jobs in November 2018 were in the agriculture industry, where workers performed duties such as bud trimming, according to Stats Canada.

The rest of the employment was spread across a number of other industries such as educational services, health care, and retail trade.

The average hourly wage for employees in cannabis-related jobs was $29.58, which is higher than the national average ($27.03).

As for the highest level of cannabis-related employment, that would be in Ontario, where there are an estimated 5,700 jobs, representing more than half of the national total.