There’s a bit of a mad chase going on between job seekers and employers – they’re just not finding each other. When Co-Founder and COO of Trulioo, Tanis Jorge, realized there was a shortage of talent at their Gastown offices, she began to look through her options.

“There was a hiring spree we needed to go on. When we realized the talent was so hard to find, we thought, how do we get the word out?” explained Tanis. “Well, maybe we should be part of a job fair… or start a job fair. “ 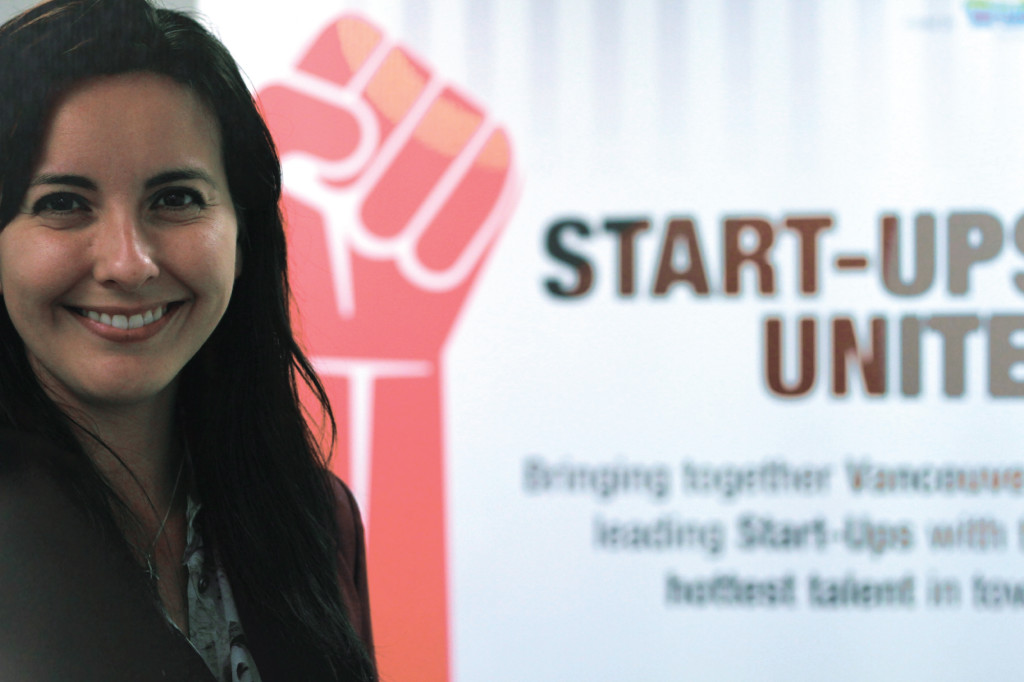 After successfully banding with over 20 start-ups, including Mobify and Plenty of Fish, the problem was ready to be addressed and the collaborative efforts became Start-Ups Unite.

Held at Brooklyn Gastown on November 12, Start-Ups Unite looks to share the vibe and feel of the start up community by eliminating admission fees for job seekers. “The start-ups cover the cost and if you bring your resume you get a free drink ticket,” Tanis detailed. “It’s not a conventional job fair. If you go to a booth it’s really likely you’ll meet a CEO.”

As a Silicon Valley Funded start-up, Trulioo stands as one of the many local ventures competing with tech giants like Hootsuite and Facebook, although the working environment is incomparable. “No matter what, the bigger you get, there’s going to be bureaucracy and this red tape. You can’t have level of idea in the same way when you are focused on so many different ways,” stressed Tanis. “I love the start up environment because it is so collaborative. You get to be involved in many ways. There’s just a feel and an energy to it. Everybody knows that what they’re doing is making an impact. It’s a unique environment.”

Although revolving around tech, Start-Ups Unite has opportunities for marketing and sales talent, and will be delving a lot deeper than the bullet points found on the resume. “Culture fit is probably just as important as skill set. The person sitting right across from me need to get along because there are only 6-8 other people you can get along with. If one person doesn’t fit it disrupts the entire ecosystem and it actually put the entire company in jeopardy.”

Start-Ups Unite looks to contribute to the steady growth of Vancouver’s tech hub and vocalize it’s potential. “I think one of the things [we] wanted to do is give back as a company,” expressed Tanis, “That’s why we’re staying here, we know it’s going to grow and solidify itself as Silicon Valley North and we want to be in there and be a part of helping build that.”

What to bring: Your resume