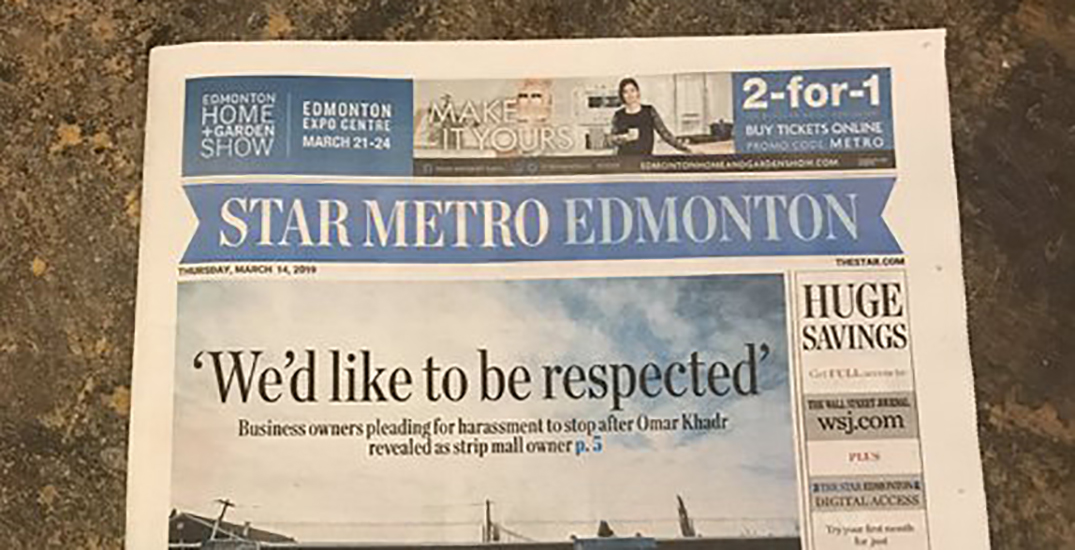 Cities across Canada will soon have one less source of local news in print.

According to an internal memo obtained by Daily Hive, the bureaus outside of Ontario will be digital-only after December 20, 2019. The move will affect 73 employees.

“While StarMetro newspapers have been editorial successes and have developed loyal audiences over the years, print and advertising volumes have decreased significantly in recent months to levels below those required to make them commercially viable,” John Boynton, president of Torstar, wrote in the memo.

At the same time, Boynton said Torstar will be maintaining its cross-country bureaus as Star bureaus, and re-hiring some employees to staff them as journalists representing their flagship paper the Toronto Star.

A fairly unsurprising turn of events: the Toronto Star is shutting down the Star Metro newspapers across the country, which means I (and all my colleagues) will soon be out of a job. Last print edition coming Dec. 20.

The move comes less than two years after Torstar rebranded the newspapers from Metro to StarMetro, integrating them more with the Toronto Star and hiring more than a dozen reporters in the process.