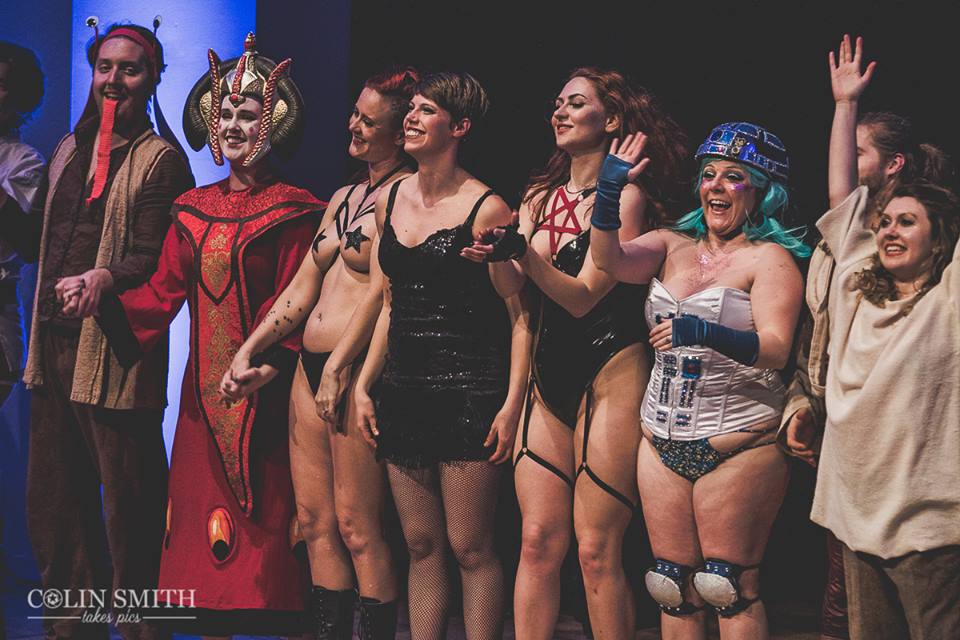 Star Wars, body positive burlesque and lots of rhinestones come together to create one hell of a show, and this summer is your last chance to see it.

Star Wars: A Nude Hope is a burlesque show put on by Vancouver’s own Geekenders Theatrical Productions. They have been running the show annually for seven years now, but it’s about to make its debut as a weekly show at Granville Island’s Red Gate Theatre from July 5 to August 31. 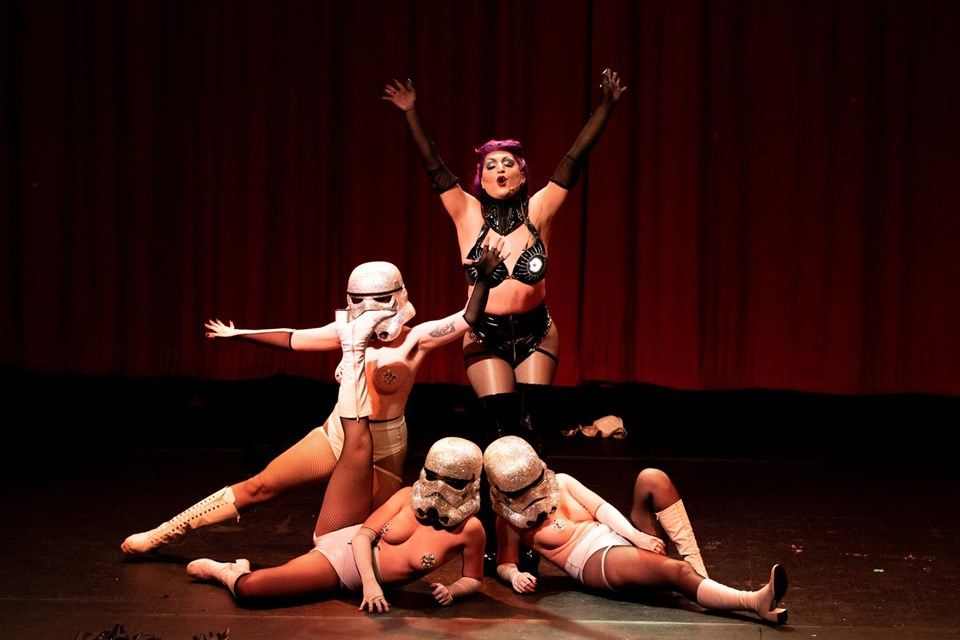 Darth Vader and the Stormtroopers. Photo by Simon Stringer.

If you haven’t seen the show yet, this summer may be your last chance. The team is retiring A Nude Hope after this two-month run to focus on other projects.

“A Nude Hope started out as an experiment, and I can now say confidently that our Star Wars shows are a Vancouver institution,” said Fairlith Harvey, founder/writer/director of the show, as well as the role of Chewbacca.

“This show has grown into a massive, professional-level spectacular full of surprises, laughter, heart, and over 30,000 rhinestones.”

An admiration for Star Wars allows audiences to appreciate the content, but according to the team, the beauty of Nerdelesque is that they can take artistic license on the characters, and modernize some aspects.

“Why shouldn’t R2-D2 have female pronouns? Why shouldn’t Chewbacca? What about this or that character says they shouldn’t have a different body type, or a different sexuality? We challenge fans to think of their media critically and in a more open-minded way, and we think that’s important for fostering change in how people view and create art,” Fairlith continued.

“I have had so many people thank us for empowering them with our diverse and body-positive messaging. Everyone leaves the theatre smiling and feeling great. It is the most positive, warm, explosively fun show I’ve ever been a part of.” 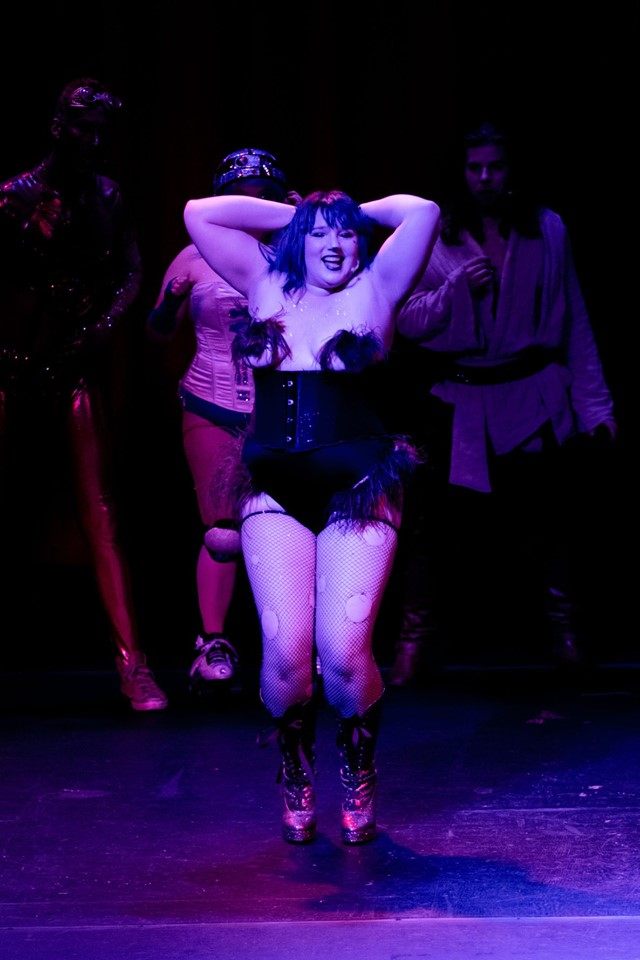 Kitty Glitter, co-artistic director/producer and role of R2-D2 added that she joined Geekenders after seeing A Nude Hope for the first time. After being amazed by the show, she was inspired to do burlesque.

“The show was sparkly, sassy, sexy, and so much fun,” she said. “I love watching and performing nerdlesque because the story plays into the choreography so much. The characters are relatable for both performers and audience members alike.”

This run of A Nude Hope will have some understudies and swing performers, due to the length of the run, so audiences may see different cast members if they attend more than once. The show also features many performers who have been there since the beginning, such as Fairlith, Stephen Blakley as Han Solo, Draco Muff-Boi as Luke Skywalker, and all the stormtroopers; Miss Bacon N. Legs, Ginger Femmecat, and Sasja Smolders. 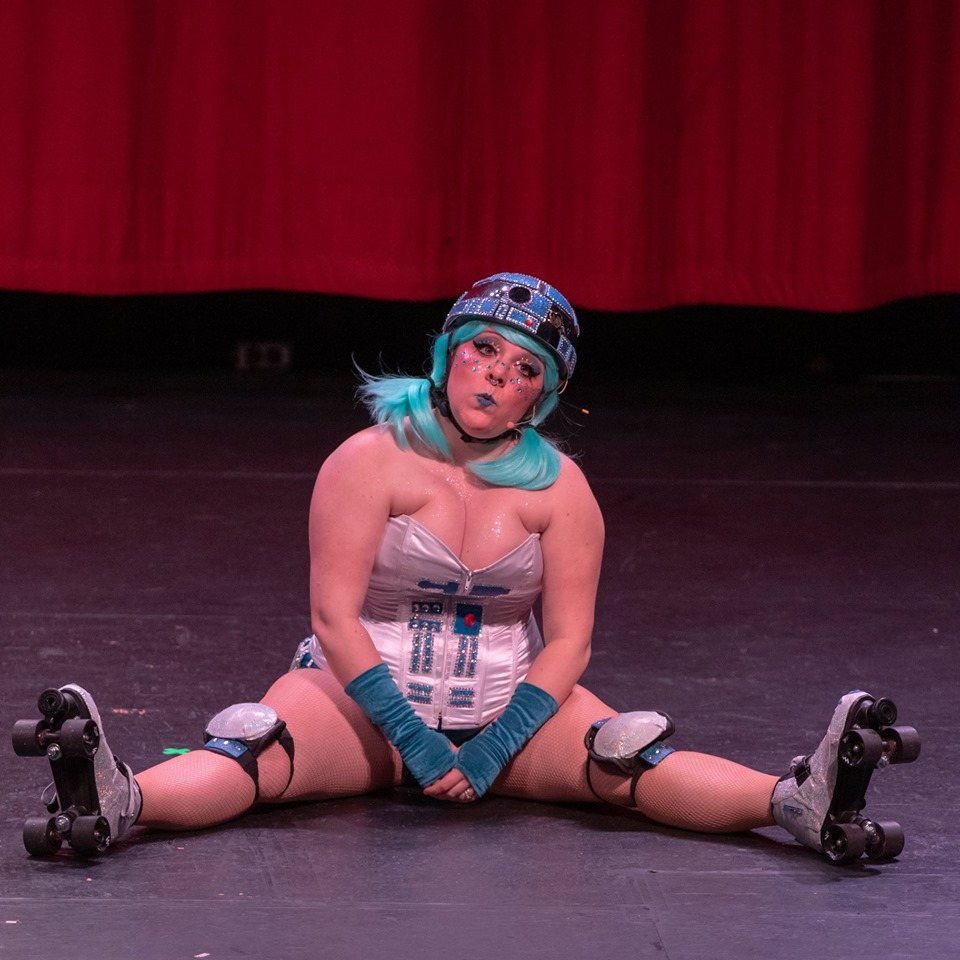 Although it will be sad to see A Nude Hope retired, there is plenty of time to catch it during its final run. And, audiences have even more to look forward to from the troupe. Geekenders is putting on an Alice In Wonderland themed show for our 2019 Fringe Festival production, which runs September 5-15 at The Wise Hall.

“We want to do something completely new and different,” said co-artistic director and stage manager, Ryan Caron. “Alice in Glitterland in September is, in many ways, that. We are developing that show currently, as a company since last fall and by the writer for several years. We close a Nude Hope and about six days later open Alice.”

Geekenders has some other exciting events that are happening during the Nude Hope run, such as a gold-bikini Princess Leia Car wash Fundraiser on July 28, and another installment of “Harry Potter’s Burlesque Birthday Party” on July 31st to The Rio Theatre.

When: Every Friday and Saturday July 5 – August 31