Star Trek: Beyond is just pure intergalactic fun that trekkies and normal people will enjoy to the Nth degree.

Just when you thought they killed your Star Trek nerdom with 2013’s Into Darkness, director Justin Lin beams you back into the franchise with a film that should at least reinvigorate your unbridled passion for deep space exploration and red shirts. 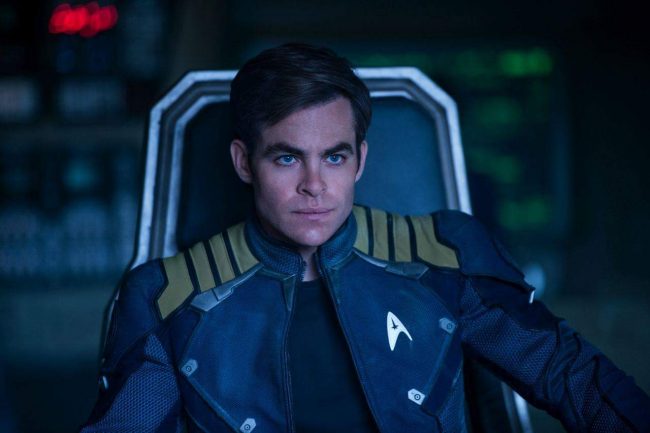 Compared to what we were spoiled with last year, the summer of 2016 hasn’t really given us much in regards to big and exciting blockbusters. But now is the perfect time to finally get something that you can chomp popcorn to and be visually entertained.

Just for the record, Into Darkness wasn’t that bad of a film. Come on Trekkies, we’ve seen worse! Let’s not pretend that this holy grail of sci-fi didn’t have Final Frontier or Nemesis.

With all the flashing lights, and non-stop action that this newest Trek adventure blasts out on screen, the story itself feels like an extended episode from the original series. Even the aliens look like actors wearing ridiculous masks and that retro touch is okay.

Nostalgia aside, in between the action sequences is a nice mix of drama along with a speckle of comedy. It’s a much-needed break from the psychobabble of introspective super heroes who can’t deal with their existential feelings about their career choices and collateral damage. But I digress. 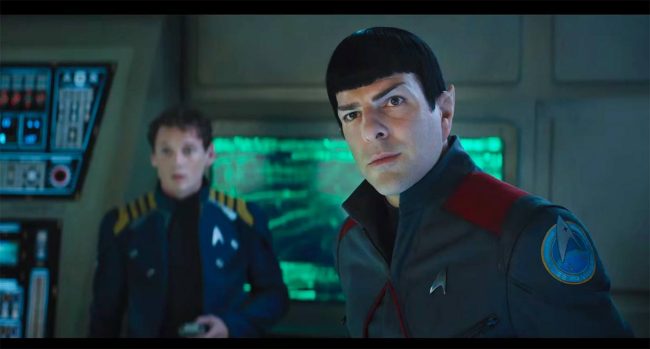 J.J. Abrams was busy filming that other franchise in a galaxy far, far away, so instead we get director Justin Lin for some Fast and Furious space action. But most importantly the ensemble cast of this new rebooted series is back with the likes of Chris Pine as Captain James T. Kirk, Zachary Quinto as Spock, Zoe Saldana as Uhura, Karl Urban as Bones, John Cho as Sulu, Simon Pegg as Scottie, and the late Anton Yelchin as Chekov.

The story takes place a few years after Into Darkness. The crew is three years into their five year journey of of boldly going where no man, er, woman, person (?) has gone before. In fact, as Spock would say “966 days to be exact.” Now for you Trekkies, I read somewhere that the number is significant because the original Star Trek show actually aired on NBC on September of 1966: 9/66. You really can’t make that stuff up.

So there they are, hanging out in space, having to spend five years together, and let’s be honest, it’s not always a glamorous job. You can only deal with pissed off alien life forms on new planets for so long before you start getting a tad bitter about the work. There just doesn’t seem to be that respect for the federation badge anywhere. Who flies to random planets, picks a fight, and tries to force diplomacy anyway?

Everyone is getting crabby, Captain Kirk is starting to look at a desk job, and to make things even more awkward, Spock and Uhura are breaking up and seeing other life forms. Not sure what happened there. Maybe things got a bit too logical? Who knows. Pfft… Vulcans. 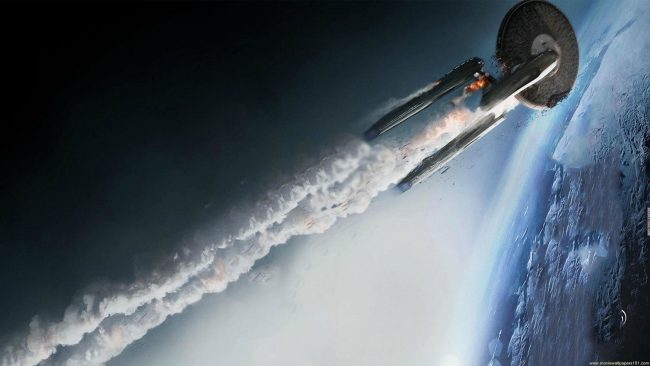 So maybe due to boredom, the crew gets sloppy and falls for the oldest trick in the Starfleet Academy text book, which I’m sure some of you have read. They fly right into a trap where their brand new spankin’ ship is attacked and crashes down onto a hostile planet. You got to hand it to this new franchise, they really like crashing starships in the most glorious of ways.

The crew is separated and they must find a way to get back together so they can work as a team to defeat an evil and maniacal alien who wants to destroy the universe and rule what’s left of it. His name is Donald Trump. Okay it’s Idris Elba in a funny mask. But close.

Instead this villain is named Krall, and his true motives for wanting chaos is fully explained at the end of the film. But while you wait for that monologue, you get some kick ass action, a sexy alien named Jaylah (Sofia Boutella), and a quick scene of Sulu putting his arm around another dude, wait, he has a daughter?

There is a lot going on in this film with different story lines and some sort of device that we don’t truly understand what it does. I think it might be a universal remote, or some sort of thingamajig that they use to catch Pokémon. Whatever the case, it’s important and not safe in the hands of evil aliens. 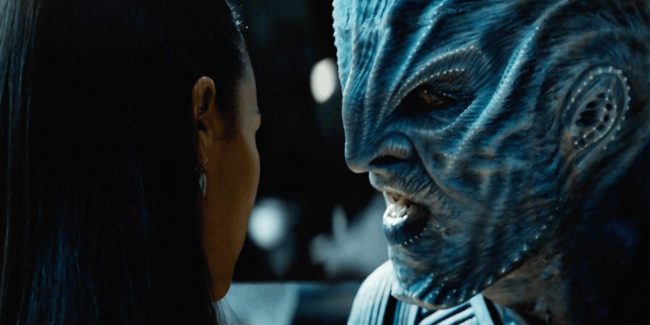 This film is fun. Pure and simple, it’s meant to be seen on the big screen or an even bigger screen. The biggest screen that you can find. Don’t fall for the 3D glasses on this one. If you don’t really care, you don’t need to spend the extra dough for non-enhancement. It’s a trick! Honestly, you’re just paying to put something on your face and then throw it out as you leave the theatre. The only thing that will be three dimensional are the zits on the guy’s face sitting in front of you.

This is one of those Star Trek films where it’s more of an ensemble piece. Although it’s unfortunate that Chekov (Anton Yelchin) is nothing more than a glorified extra in his final voyage, they do pay their respects to Yelchin and the late Leonard Nimoy and that’s a nice touch.

The film moves at warp speed, and there isn’t a lot of down time. Sure, some of the dialogue is cheesy, and yes a couple of plot twists are predictable, but that’s Star Trek. It’s hard to complain about predictable plot points when back in the day you knew exactly when someone was going to die just based on the colour of their uniform and job. #SecurityPersonnelLivesMatter 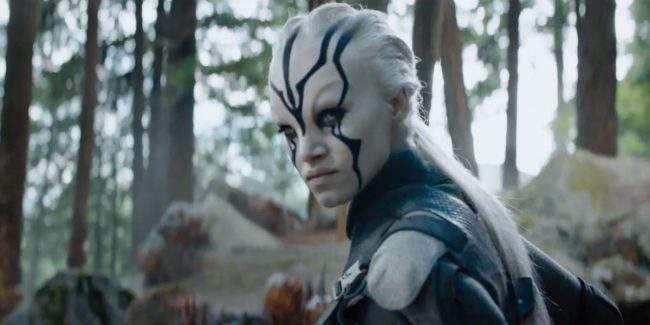 If you want to sit in a theatre and over analyze every shot and blinking light, so be it. Be that person. God knows you have the time. If you want to go and turn your brain off and have some fun, then go on with your bad self. There is something for everyone.

Sci-fi fans are going to forgive this film’s shortcomings and appreciate it for the razzle and the dazzle. I get there will be the hardcores out there that will say “meh” and that’s cool too. Just remember, you will never be happy, and with that kind of attitude, you won’t live long, nor will you prosper when you have high blood pressure.

Giving this a solid 4 out of 5. It’s why you go to the movies folks. It’s easily one of my favourite big budget films of the year so far.