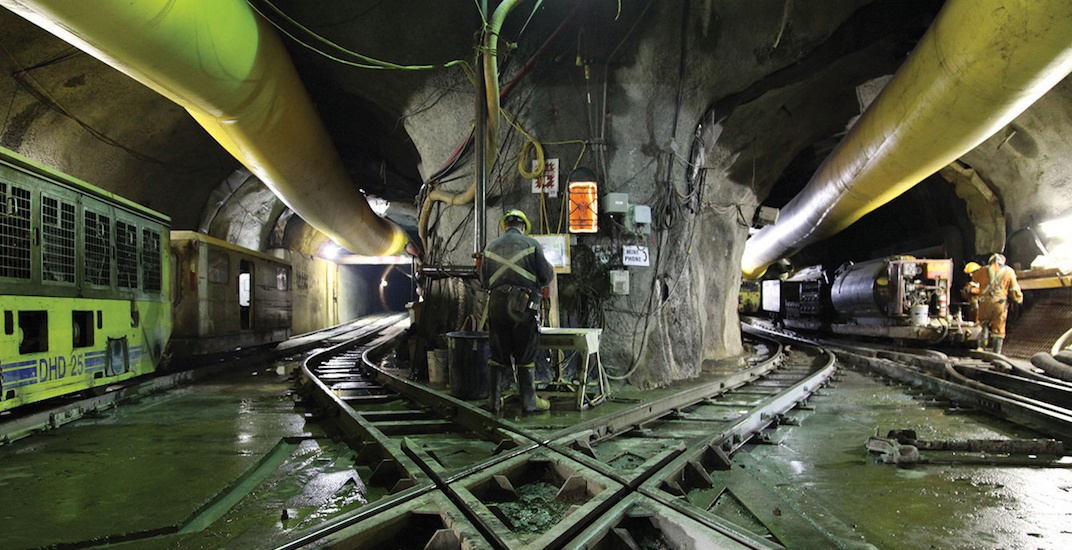 There could be a big dig in Stanley Park in downtown Vancouver. The project will take place to provide the region with a new reliable water supply tunnel to the North Shore that meets seismic standards.

Metro Vancouver Regional District is considering a replacement project of the 1930s-built Stanley Park Water Supply Tunnel that could cost over $100 million.

The new tunnel will be 1.4 km long, beginning from a new shaft that will be dug on the south side of Lost Lagoon near the intersection of Chilco Street and Alberni Street to another shaft next to Stanley Park Drive near Tunnel Trail. 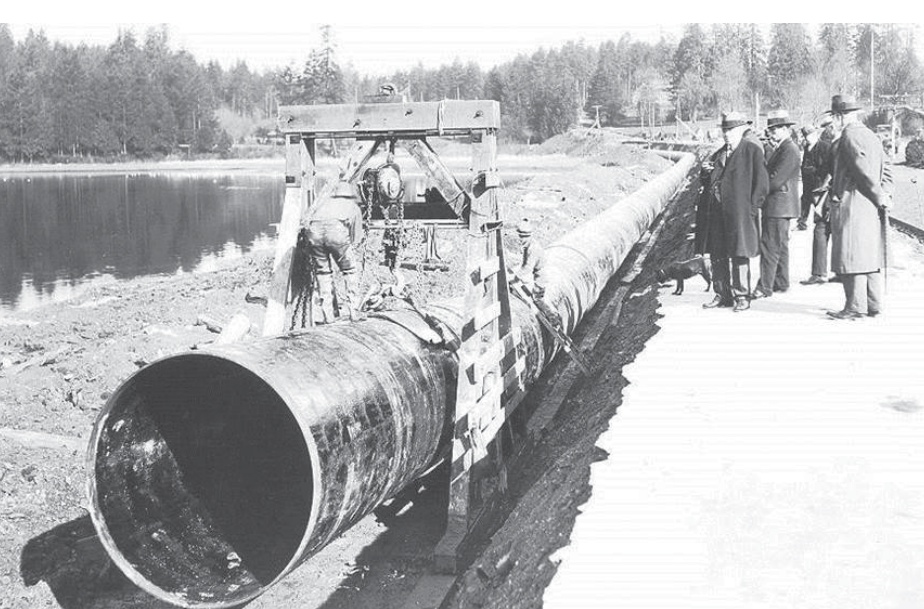 Much of Metro Vancouver receives its drinking water from the Stanley Park Water Supply Tunnel built in the 1930s. (Metro Vancouver Regional District)

From the northernmost point of the new water main, a connection will be made to the existing pipe that runs under Burrard Inlet to the North Shore. 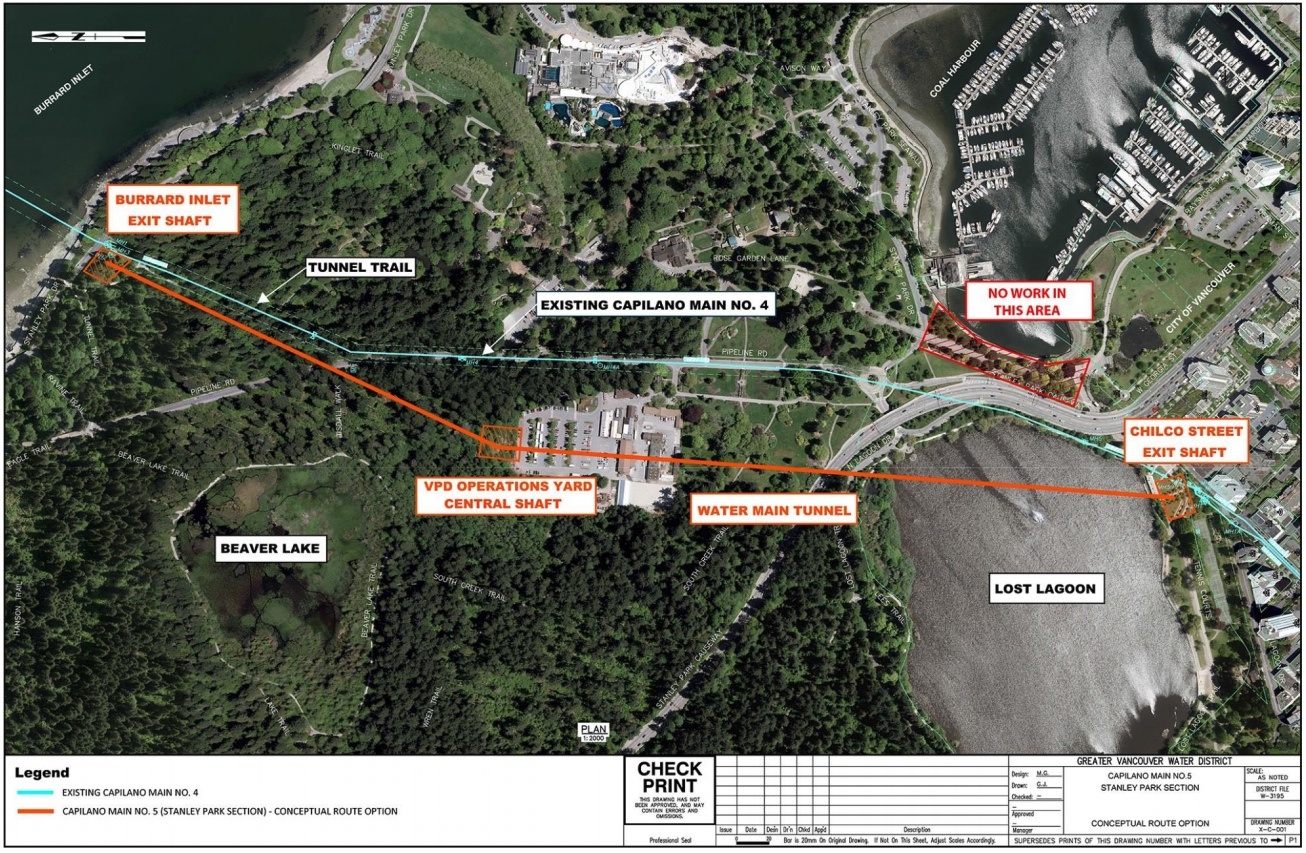 The tunnel will be built deep underground the park within bedrock at a depth between 35 metres and 50 metres. In addition to the water main, the project includes two new valve chambers that control the flow of water through the mains in the area.

A “cut-and-cover” construction method involving an open trench – like Canada Line construction on Cambie Street – was initially proposed but later rejected by the Park Board over the disruption it would create.

The board also stipulated that all three shaft areas must be restored to equal or better condition once construction has finished.

The existing water main running under Pipeline Road and Tunnel Trail will remain operational throughout the construction process, although the work will require the temporary closure of Tunnel Trail.

Detailed design is scheduled to commence in 2019 and if the project is approved, construction could begin in 2021 for a completion in 2024.

The water main is a critical piece of the region’s infrastructure as it supplies water to Vancouver, Richmond, Delta, and Tsawwassen. The replacement project’s pipe is wider than the existing water main to provided added capacity to meet the rising water demands from population growth. 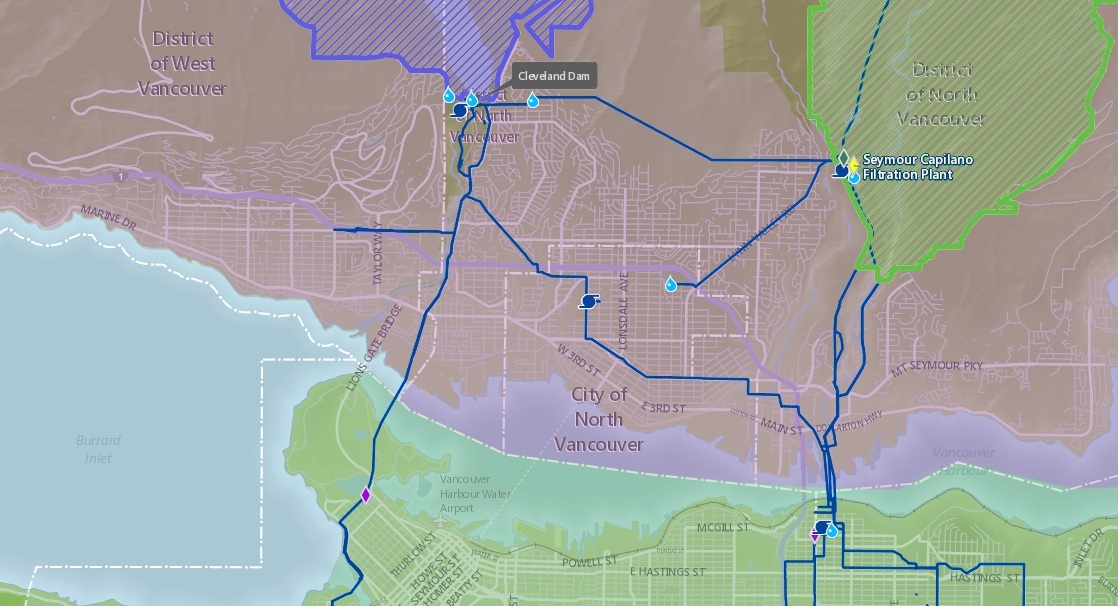 Map of the regional water mains across the First and Second Narrows. (Metro Vancouver Regional District)

Over recent years, the regional district has been engaged in a number of water supply tunnel projects, such as the $240-million Port Mann Water Supply Tunnel under the Fraser River between Coquitlam and Surrey which reached completion in early-2017.

The most challenging and expensive water pipe project to date was the Seymour-Capilano twin tunnels project, which took over 10 years to build and cost $800 million. The tunnels, reaching depths of 640 metres deep under the North Shore mountains, were finished in 2015.