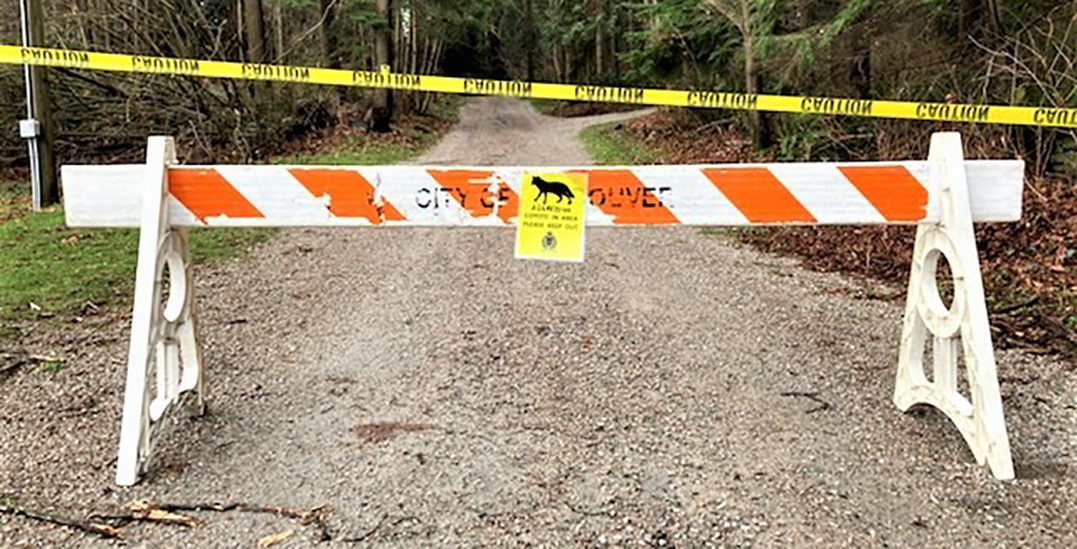 Several trails in Stanley Park have been closed to the public after multiple reports of aggressive coyotes.

The BC Conservation Officer Service (COS) says they’ve “received reports of joggers being nipped in their lower leg and ankle area by a coyote.”

“Coyote sightings in Stanley Park are not unusual,” notes the COS on social media. “However, this escalating behaviour is concerning.”

As a result, the Brockton Oval trail, as well as other trails in the area have been closed, and members of the public are asked to avoid the area.

Conservation officers suspect that “at least one coyote has been fed by people” and are currently patrolling the area to capture the animal.

“If a coyote approaches you, the COS encourages people to make yourself as large as possible, face it, wave your arms, yell, and throw stocks, stone, or other objects at the coyote,” says the COS.