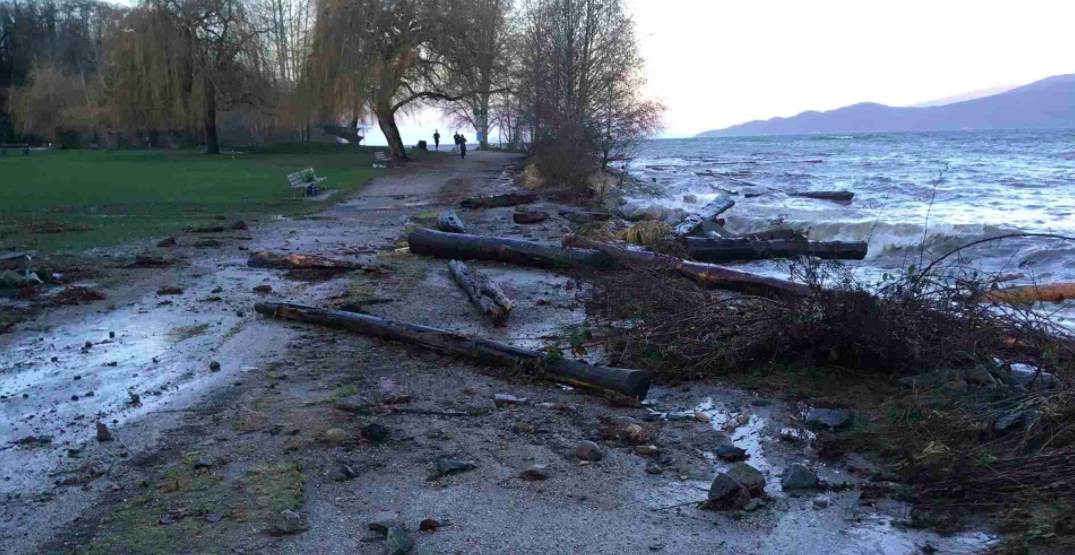 A violent windstorm that ripped through the Lower Mainland on Tuesday night has left a section of the Vancouver Seawall closed for the time being.

According to the Vancouver Park Board, the section stretched from the Lions Gate Bridge to Third Beach because of what officials said is a King Tide combined with high water levels.

The park board is advising people to avoid the walking paths along the shore between Jericho/Spanish Banks to Vanier Park, and Vanier to Stanley Park, due to fallen debris.

Due to a king tide and high water levels, we have closed the Seawall from Lionsgate Bridge to Third Beach. We also advise the public to avoid paths along the shore between Jericho/Spanish Banks to Vanier, and Vanier to Stanley Park. Our teams are working hard to clear the debris. pic.twitter.com/nCjlMOoeXe

BC Hydro said on Wednesday that the windstorm left approximately 100,000 BC Hydro customers across the province without power.

The company said in a statement that the storm has caused “extensive damage” to its electrical system “due to branches and trees breaking, contacting its equipment.”

BC Hydro customers in the Lower Mainland, Vancouver Island, the Gulf Islands, and the Southern Interior are currently being affected.