The scene we were all hoping to avoid occurred again as it looks like history once again repeated itself as rioting and violence broke out in downtown Vancouver. This despite the increase in police presence downtown. It all started as a car was flipped and subsequently set on fire. Now a 2nd car is on fire and there are many small fires popping up all over the streets.

Many store fronts have boarded up their stores ahead of time. I tweeted earlier that American Apparel was getting ready just in case of this type of situation. At the time people thought they were being stupid. Looks like they made the right call. Bank of Montreal, Black and Lee and many store fronts have seen their windows smashed.

Seriously this time around I expected peace and calm regardless of a win or loss. I did not see this coming but this is what happens when a few hundred people ruin for the rest of us.

Fires are popping up all over  downtown, this can get out of hand real fast.

There is no need to break stuff, burn stuff and just be an outright jack ass. A riot will not bring us a cup! 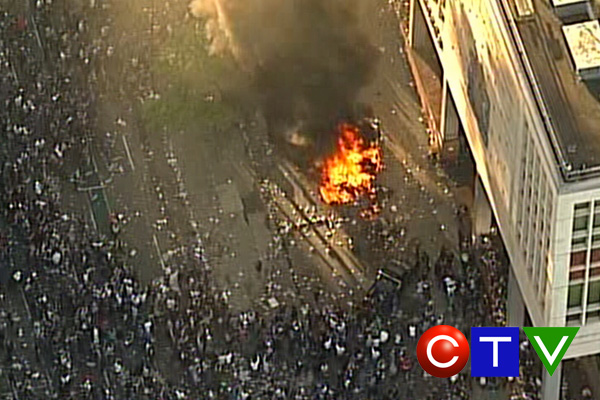 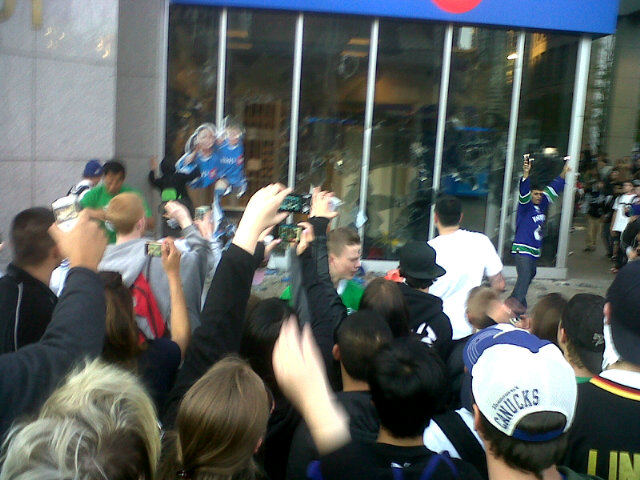 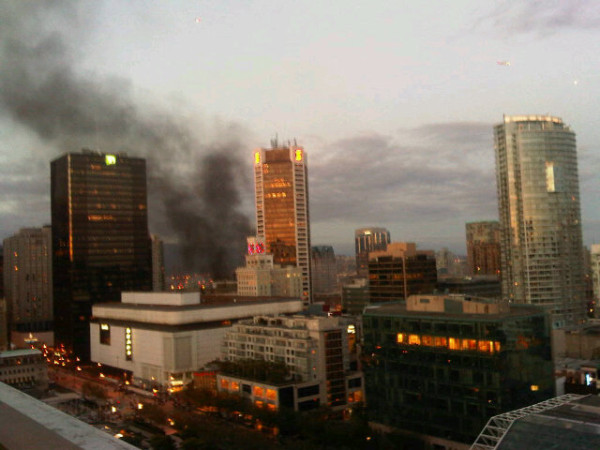