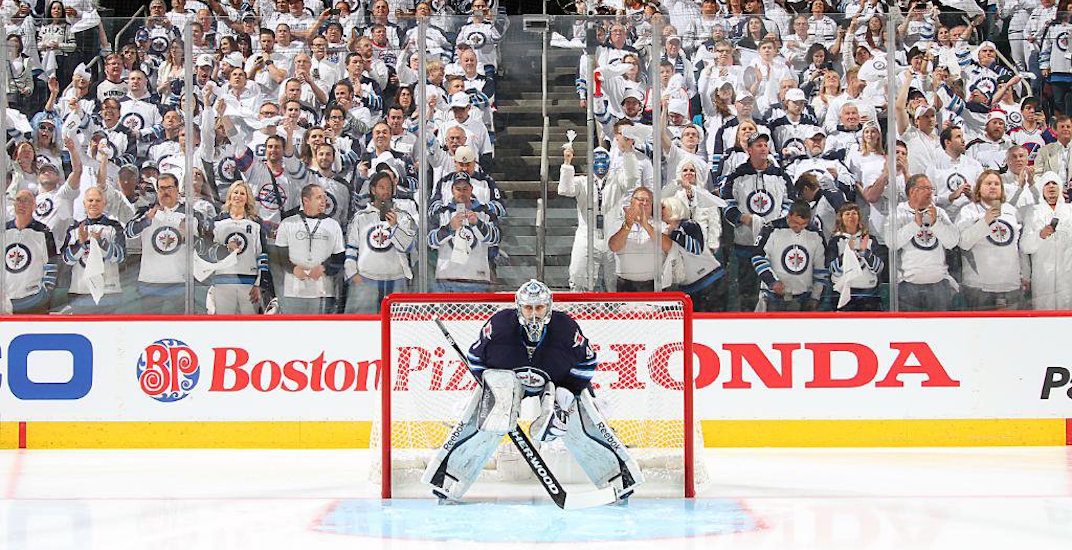 The Stanley Cup is the hardest trophy to win in all of sports.

Playing a contact sport every two days for two months is both mentally and physically draining. On top of needing to win the game, you need to win the war of attrition.

So as we get ready to see which one of the 16 playoff teams has what it takes to win 16 games for the Stanley Cup, let’s examine these 16 questions:

1. Is Nashville the team to beat?

Gambling websites have them listed as the favourites, ahead of Tampa Bay and Boston, to win it all.

Not much was expected of the Predators a year ago, as the team with the worst record to qualify for the playoffs, and they made it to the Final. They look even better this year, and seem to have everything it takes – scoring, defence, goaltending – to go all the way.

2. Can MacKinnon put the Avs on his back?

I can’t stop looking at this picture and wondering how the hell Mac got up so high 😳 #Avs pic.twitter.com/Qi6adehbsZ

If he does, he truly is the MVP of the league this year.

The Colorado Avalanche went from the worst team in the NHL by 21 points to a playoff team in one year. That’s impressive, and they can thank Nathan MacKinnon more than anyone. He scored 97 points this year and garnered Hart Trophy consideration.

They’re up against the top team in the league though, so making it through to Round 2 would qualify as a huge upset.

3. Is Tampa Bay the team we thought they were?

Stamkos was asked if he feels there’s a chance he’ll be 100% by Thursday. “Listen, my body will never be 100% regardless going through the stuff I’ve been through. So there’s no point in asking about percentages.” #Bolts

The Tampa Bay Lightning looked poised to be the Stanley Cup champions at midseason, though they cooled in the second half. Their roster is loaded, yet they needed help from their cross-state rivals in the final game on the NHL schedule to hold onto top spot in the Atlantic Division.

4. How great will it be to see Taylor Hall finally play a playoff game?

Question: Who has more playoff goals, Larsson or Hall?
Answer: Your team has to make the playoffs for you to score a playoff goal. https://t.co/FjdAjKc7To

After all the crap that’s been said about Taylor Hall, it sure will be nice to see him lace up the skates for the first time in the playoffs after playing in 529 regular season games. He’s shut his critics up this year, scoring 93 points to lead the Devils (41 points more than Nico Hischier, who finished second on the team in scoring).

5. How crazy will Winnipeg get if they win their first playoff series in 31 years?

This could be the most intense Winnipeg whiteout we’ve ever witnessed.

Not only has the Jets/Thrashers franchise never won a playoff series, the city of Winnipeg hasn’t been to the second round since 1987. And for perhaps the first time ever, the Jets are a serious Stanley Cup threat.

6. Has Minny got a prayer without Suter?

With Jared Spurgeon out with a partially torn hamstring and Gustav Olofsson out with what sources say is a concussion, Wild lose Ryan Suter to right leg injury….

The Minnesota Wild have a gaping hole to fill with Ryan Suter out of the lineup with a fractured ankle. He plays nearly 27 minutes a night for the Wild, so good luck.

7. How lit will Vegas be for a playoff game?

The final touches have been added, completing our 5-ft chocolate sculpture of Marc-André Fleury now on display at Bellagio Patisserie. #GoKnightsGo pic.twitter.com/bdokLSD87Z

If the giant Marc-Andre Fleury chocolate statue is any indication: SO LIT.

8. Are the Kings a sleeping giant?

He finished tied for seventh in League scoring, the highest rank by a @LAKings player since 1993-94 when Wayne Gretzky won the Art Ross Trophy. #NHLStats pic.twitter.com/9gaIuwsNxW

The Kings still have a number of key players from their Stanley Cup wins and Jonathan Quick’s having his best season in years. Same goes for Dustin Brown. And Anze Kopitar.

They played most of the season without Jeff Carter, who’s healthy again.

9. Is this the last chance for Anaheim?

Getzlaf reaches the 50-assist mark for the eighth time in his 13-year NHL career. He did so in his 56th game this season. #LetsGoDucks

They’ve got some youth on their team, but those three are still counted on heavily. Time’s ticking for this group to get it done, after making it to the Conference Final two out of the last three years.

Keep an eye on the Ducks though. They were red hot, going 10-1-1 down the stretch.

10. Does San Jose stand a chance without Jumbo?

Chances we see Joe Thornton in the first round? “Not for Game 1, and that’s as far as we’ll go.” – Pete DeBoer #SJSharks

I don’t think so.

San Jose is another aging team trying to capture the ultimate prize. Already without Patrick Marleau, who signed in Toronto last summer, they’ll also be without Joe Thornton – at least to start – due to a knee injury.

Jumbo Joe hasn’t played since January, and the Sharks are 19-13-3 without him.

11. Will the Bruins continue to haunt the Leafs?

Boston’s got an elite team and any sort of clutch goals they score will take Leafs fans right back to the third period of Game 7 in 2013.

12. Is this Auston Matthews’ time to shine?

Auston Matthews is now second in the NHL to only Alex Ovechkin in goals per game.

The Leafs put together the best season in franchise history, and that was without Auston Matthews for 20 games. He has 13 points in nine games since returning to the lineup.

If Toronto gets their revenge against Boston, Matthews should be the biggest reason why.

13. Can Ovechkin make it past the 2nd round?

Ovechkin is about to play his 1,000th NHL game, And yet not one has been after the 2nd round 😉

If he does, it’ll be the first time in his NHL career.

One of the greatest goal scorers of all-time, Alex Ovechkin is starting to get labeled as a player that can’t win the big game. It’s probably unfair, particularly because they had to play the Pens in the second round the last couple of years.

Patric Hornqvist was asked about his hot scoring touch of late. Before he could answer, Evgeni Malkin chimed in "it's because he plays with me, he plays with 71." #Pens

They’ve got a great shot at it.

The reason for the Capitals’ playoff disappointments in recent years has been the fact that they have to go through Pittsburgh in the second round. That could happen again this year, as the Pens are well set up to win their third straight Stanley Cup – although Matt Murray has struggled in net this year.

No team has won the Stanley Cup three years in a row since the New York Islanders won four straight in the early 1980s.

15. Will the Flyers goaltending let them down as usual?

Brian Elliott holding onto the puck like the Flyers with their playoff lives. pic.twitter.com/yIS5b6Bi0k

That’s what you get when you rely on Brian Elliott and Petr Mrazek.

16. Will playoff Torts be in vintage form?

Torts wasn’t having it today, we approve. #CBJ pic.twitter.com/9kswZXpab6

John Tortorella is irritable at the best of times. In the playoffs is where he really shines though. Get ready for him refusing to answer innocent questions from reporters. Should be entertaining.