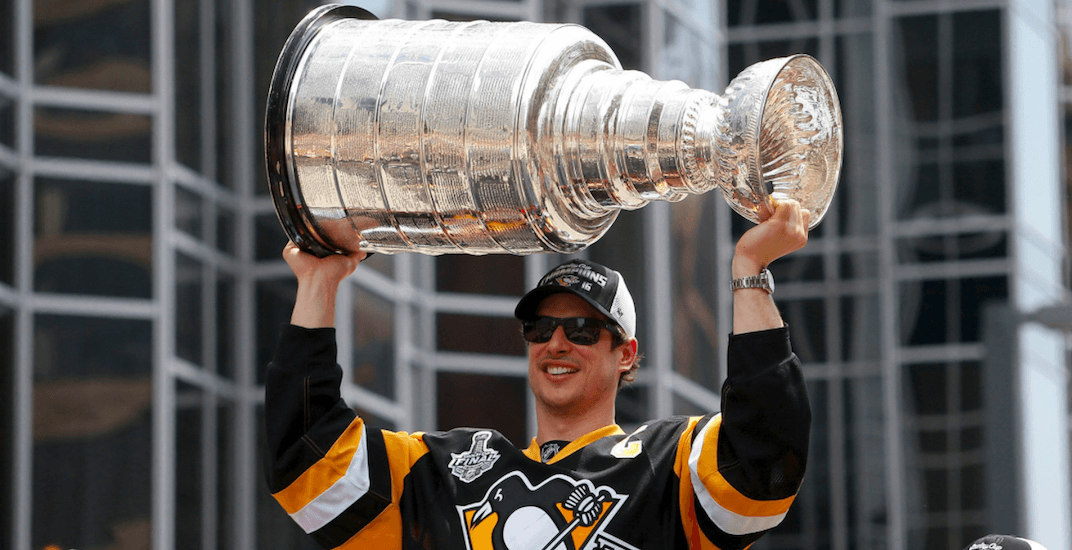 Winning the Stanley Cup is hard to do.

Winning it in consecutive years is even tougher. Obviously.

But just how hard is it to win three years in a row?

The Pittsburgh Penguins are about to find out. As the NHL season begins, Sidney Crosby and the defending two-time Cup champion Penguins are the odds-on (8-1) favourites to win it again.

If they do, they’ll become the first team since the New York Islanders in the early 1980s to win at least three-straight Stanley Cups (the Islanders won four in a row between 1980 and 1983).

The Edmonton Oilers have the best chance to bring the Cup back to Canada for the first time since 1993. Edmonton hasn’t won a championship since 1990. They’re alongside the Penguins as 8-1 favourites.

The Tampa Bay Lightning, who didn’t even make the playoffs last season, are also a heavy betting favourite, at 11-1.

The Vancouver Canucks are the biggest long shot in the league – tied with Arizona and New Jersey – with 150-1 odds to win it all.

Just how long are those odds?

Those are longer odds than the expansion Vegas Golden Knights, who enter their first season with 66-1 odds to win the Cup. They’re the same odds as some websites are giving for Michael Jordan to become the President of the United States in 2020.

There’s actually a number of celebrities that have better odds to becomes President than the Canucks have to win the Cup, including:

Here’s the full list of Stanley Cup odds, according to Bodog: