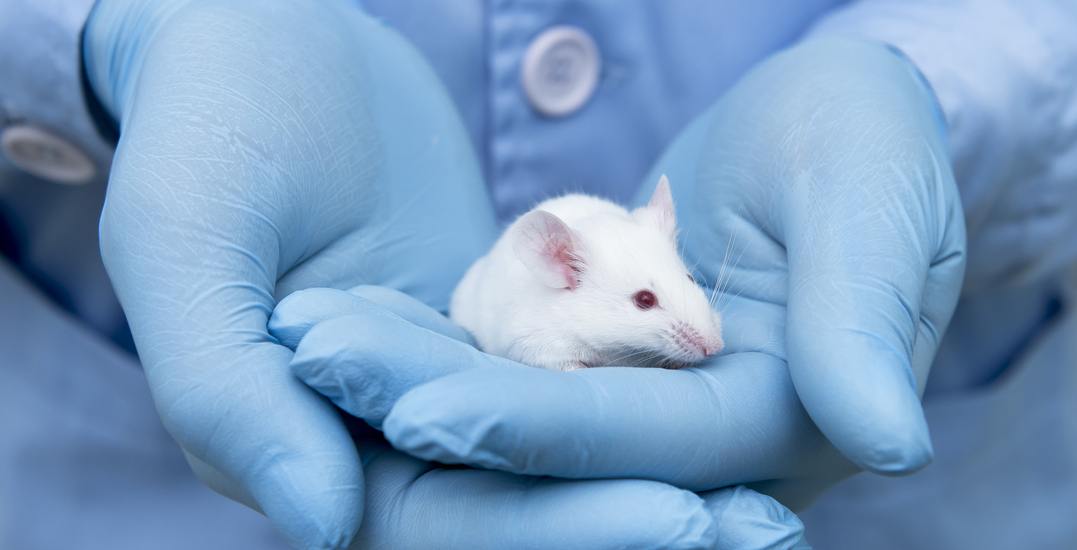 Small experimental mouse is on a laboratory researcher's hand / Shutterstock

A group of Vancouver-based animal advocates are fighting to persuade Vancouver City Council to rezone the new grounds of St. Paul’s Hospital so that the facility’s labs are not able to perform experiments on animals.

The campaign was launched by UBC adjunct professor and retired municipal lawyer, Patricia Kendall, and is called Rezoning for the Animals. 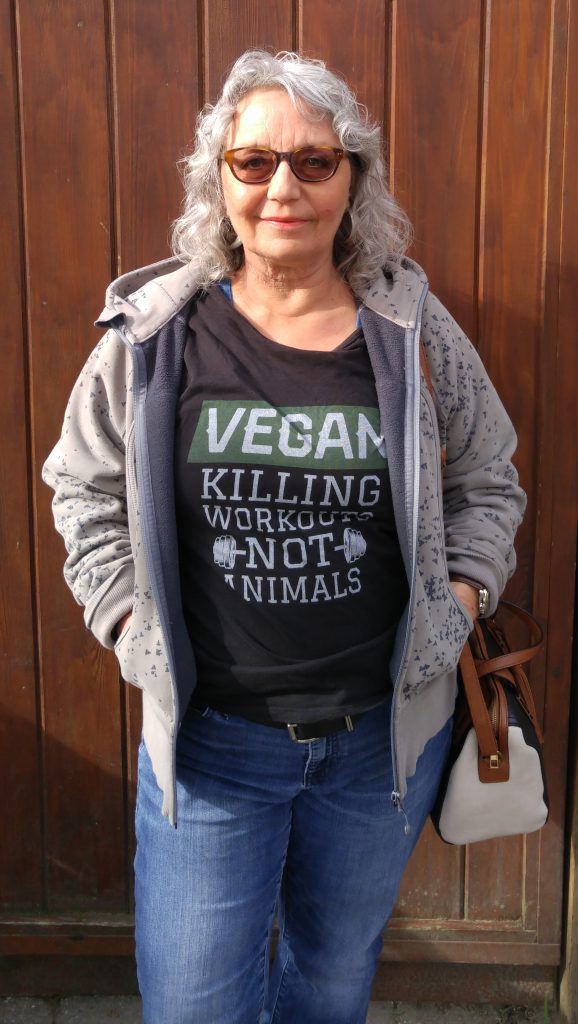 Patricia Kendall, founder of Rezoning for the Animals.

Rezoning for the Animals has been trying to gather signatures for a public petition, and increase awareness of animal testing at St. Paul’s since May — when the campaign first officially launched.

The group held a public campaign at West Broadway and Cambie Street on July 13, and gathered nearly 200 names on their petition, in addition to distributing hundreds of fliers. 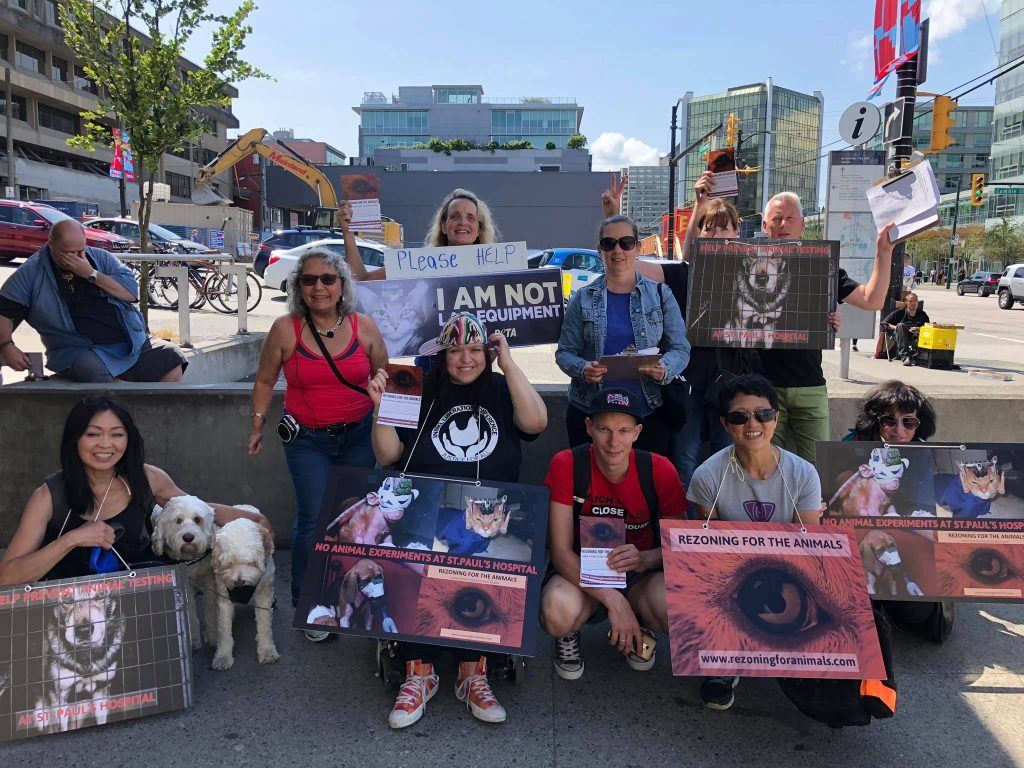 The doors of the new $1.9-billion St. Paul’s are expected to open in 2026, and will be located at 1002 Station St, in False Creek Flats on the easternmost edge of downtown Vancouver.

While the hospital – through Providence Health Care – has acquired ownership of the lands, the lands themselves cannot be used for hospital purposes under the current zoning conditions. The hospital requires rezoning from Vancouver City Council to legally permit its requested land uses – one of which is “laboratory.”

The rezoning application, filed on behalf of Providence on August 9, 2018, shows two buildings dedicated to research and laboratory purposes.

“I asked the city planner in charge of the St. Paul’s rezoning whether St. Paul’s would be doing animal testing at the new hospital laboratories. And the answer came back from St. Paul’s, ‘We haven’t decided yet.’ So for the purposes of my campaign, that is not a no,” said Kendall. 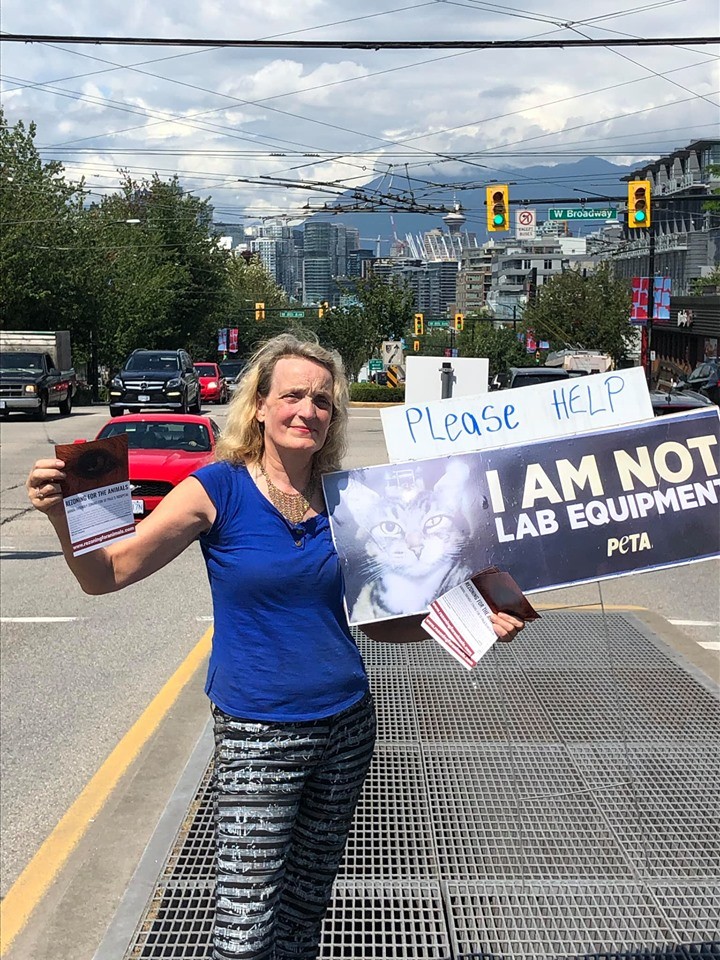 Shah Hussain, spokesperson for Providence Health Care, told Daily Hive that animal research activities occur on a “case by case basis” and “researchers go through numerous complex processes to get approvals for whatever research they’re trying to do.”

Hussain said no decisions have been made when it comes to animal research on the grounds of the new hospital.

“I can’t predict the future of what activity will occur or not. But if your question is, does research using animals occur at St. Paul’s right now? Yes. And in the future, have any decisions been made to make sure that that’s never going to happen? No decisions have been made around that,” Hussain said.

The next public campaign will be held on August 10, from 1 to 3 pm, outside the Broadway Canada Line station. Those interested in joining the campaign on August 10 can sign up here, or voice their opinion about this issue to the Vancouver City Council here.