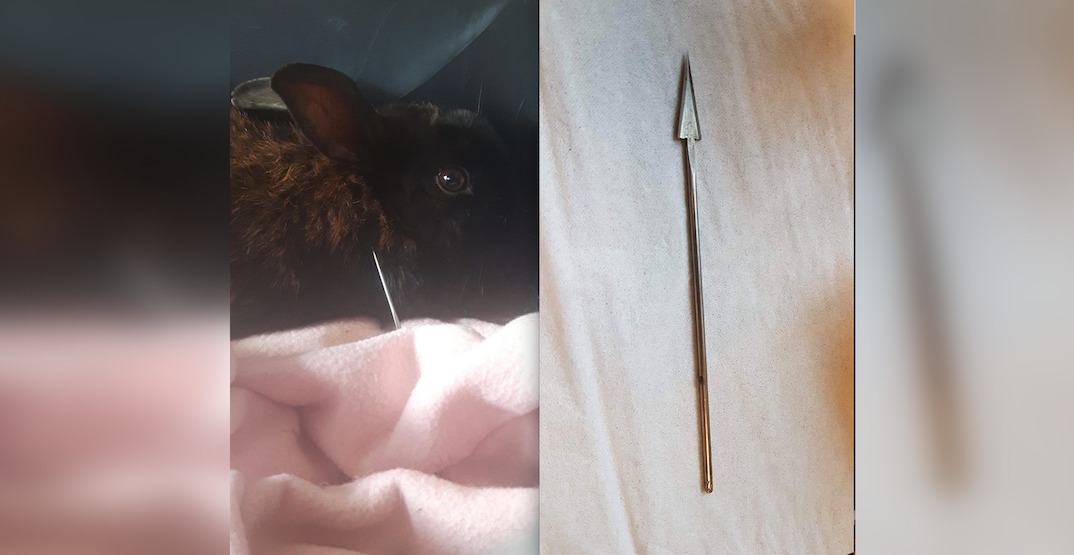 Against All Odds Rabbit Rescue/Facebook

A rabbit is recovering after she was discovered with what appeared to be a metal bolt sticking out of her body.

Against All Odds Rabbit Rescue, a Calgary group that finds and takes care of injured rabbits, found the bunny (which they eventually named Katniss) on Friday, July 19, posting a photo on their Facebook page of a small metal rod protruding from her shoulder.

By Friday night the bolt had been removed from Katniss and she was being fed by syringe and resting up before a visit to the vet come Saturday morning.

An update on the group’s Facebook pages stated that Katniss was doing well following her visit with the vet, who believed her to be pregnant.

“She is understandably very scared and unsure of us, but actually loves getting her medication and you can tell there is a very loving animal in there, just afraid to come out,” the group wrote in the post, “I think with time she is going to blossom into quite the bunny.”

“We are also highly suspicious that she has some buns in the oven… The vet believes she feels four babies in there.”

While the health of the babies is still up in the air given the amount of stress Katniss had undergone in the past few days, the group will be watching over her to ensure that she gets the help she needs moving forward.

Many of the rabbits that Against All Odds Rabbit Rescue takes in can be adopted through their website here.