The St. Paul’s Lights of Hope display is one of Vancouver’s most cherished Christmas time exhibits. Not only is it for a good cause, its beauty lends a romantic quality to downtown Vancouver.

That’s why Austen Renaud saw an opportunity for a thoughtful marriage proposal.

Renaud and his girlfriend, Jocelyne Bonneau, are high school sweethearts. When they were just 15 years old, Renaud registered a star in the night sky to symbolize the love the two have for each other. After moving to Vancouver from Windsor, Ontario a year ago, they saw the St. Paul’s Lights of Hope display and fell in love with it.

“It’s the first thing we saw downtown last Christmas, and she just fell in love with it,” Renaud told Vancity Buzz.

“We had planned to go back there again this year and make it a tradition.”

But Renaud had other plans. He contacted St. Paul’s Lights of Hope and, after giving a generous donation, had them hang a star up asking if Bonneau would marry him – a star to symbolize the one he registered 10 years ago. 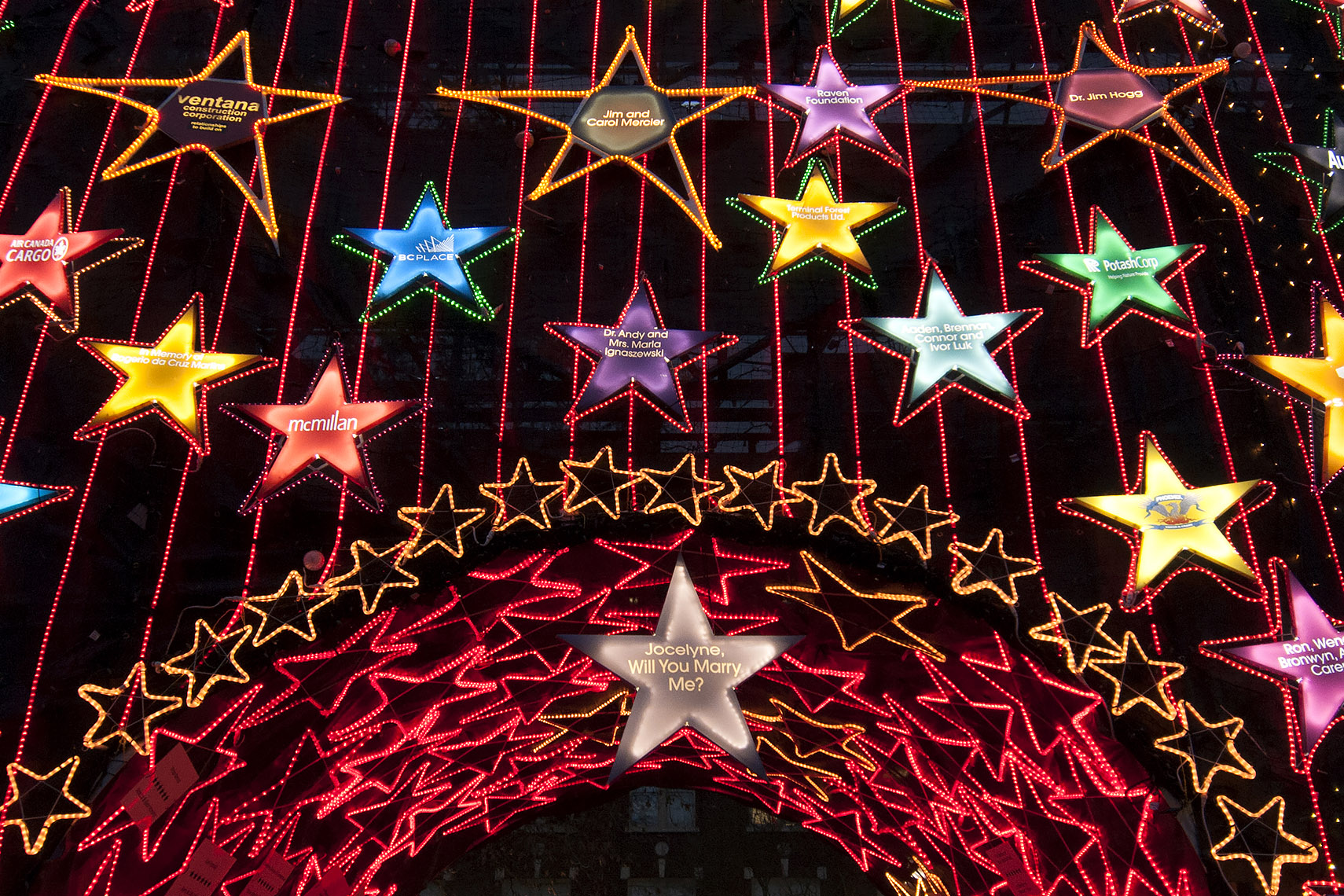 “It took her – well, it felt like about a minute – but it was maybe 10 seconds of her not saying anything. I think I kept it too well of a secret. I had to ask her a couple times ‘is that a yes?'” said Renaud.

“I gave her a promise ring and she was trying to get that off and she was shaking, and she eventually muttered ‘yes, yes, yes.'” 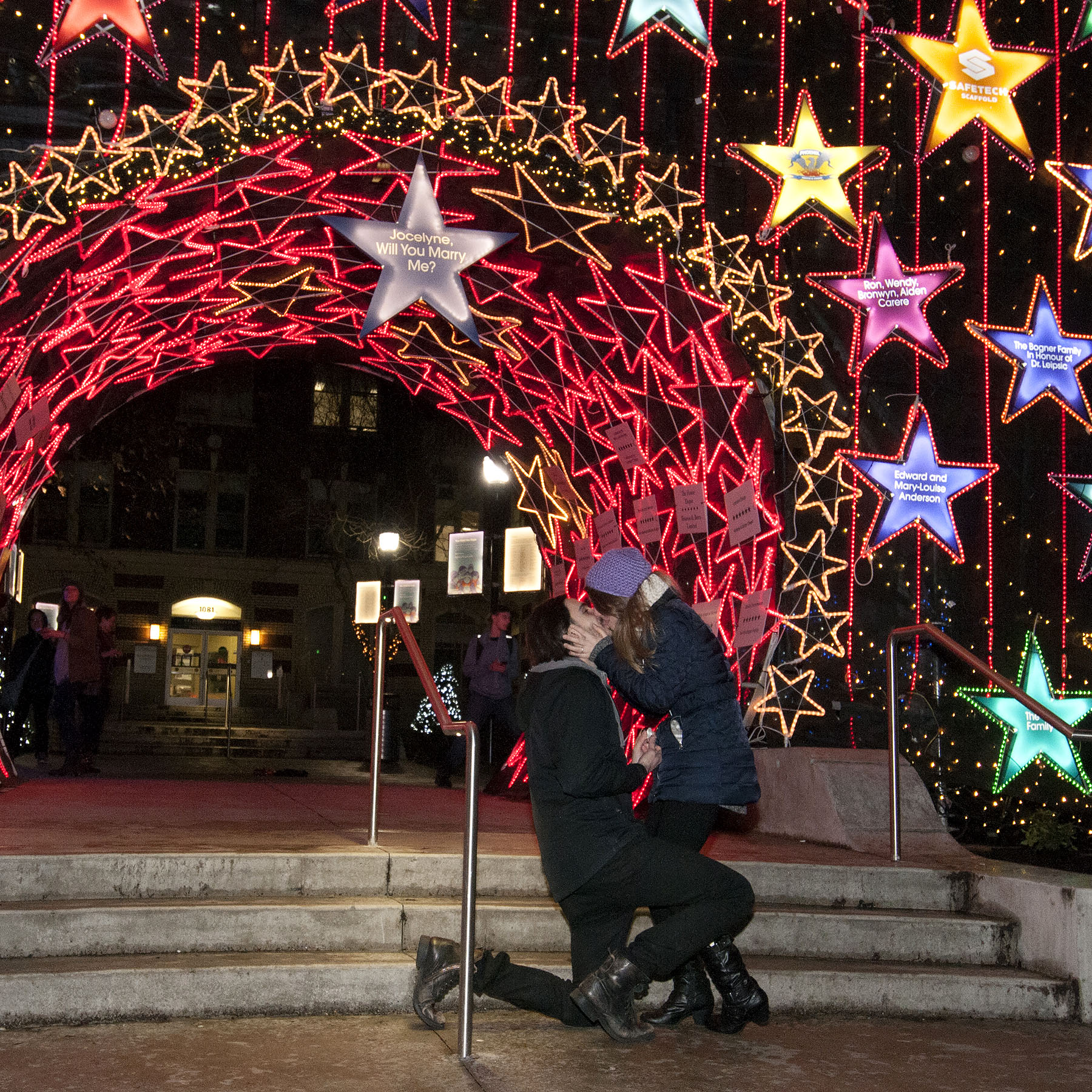 Renaud said it was just the two of them when he proposed to Bonneau, but people and passersby looking at the display gave them a round of applause.

“It kind of added to the magic of the moment,” said Renaud.

The happy couple haven’t decided on a date yet, but they’ve gone back multiple times since at Bonneau’s request.

“We just ended up standing there and she was so funny – people would walk by and point at [the star] and she’d say ‘it’s me, it’s me!'”

The St. Paul’s Lights of Hope display goes up every year as a way of thanking the community for donating to their Lights of Hope foundation, which raises money for the hospital to be able to buy necessities.

So far this year, the foundation has raised $2.8 million, meaning they’re inching closer to their goal of $3 million. Around $25 million has been raised since the first Lights of Hope campaign launched in 1998.