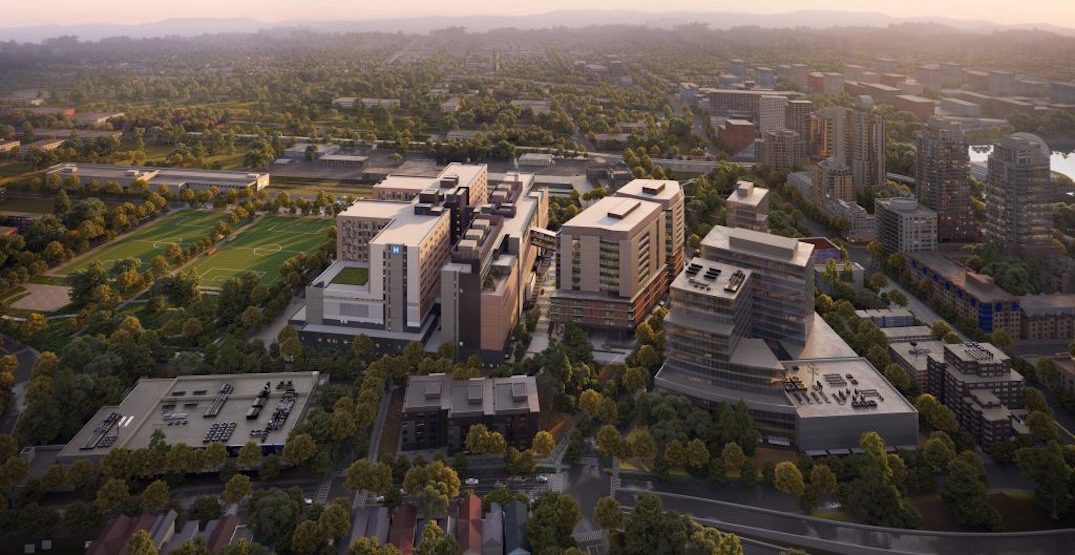 Providence Health Care is proposing to add a helicopter landing pad onto the rooftop of the new St. Paul’s Hospital in the False Creek Flats.

The inclusion of a heliport was contemplated in previous stages of the hospital campus planning process, but it was not formally included in prior reviews of the campus policy statement, rezoning application, and development permit application.

A new application outlines a concept to build a heliport on the 11th floor rooftop, nearly 190 ft above ground, on the north side of the building — close to Prior Street, Trillium Park, Chinatown, and Strathcona.

To achieve the addition of a heliport, the application seeks permission from Vancouver City Council to allow a slight 31-ft projection into the protected mountain View Cone 22 emanating from Main Street near its intersection with Kingsway. This would allow for the enclosure for the elevators and staircase to reach the rooftop, providing access to the helipad.

As well, mechanical equipment previously slated for the rooftop area would be relocated to the fourth level to accommodate the heliport facility. 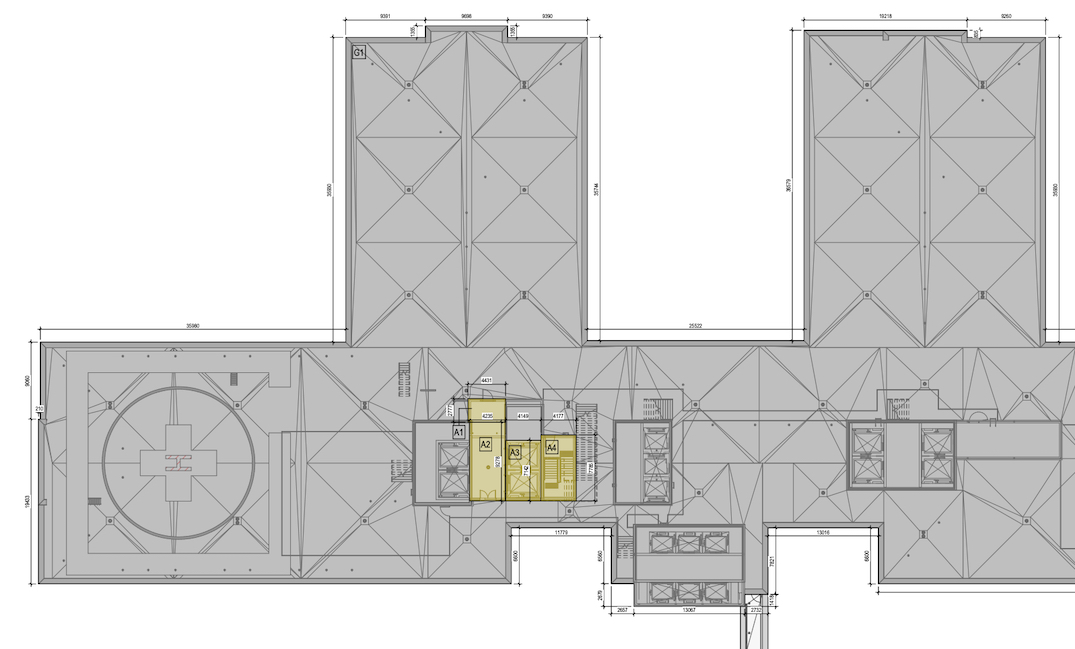 Location of the heliport on the new St. Paul’s Hospital in the False Creek Flats. (Providence Health Care) 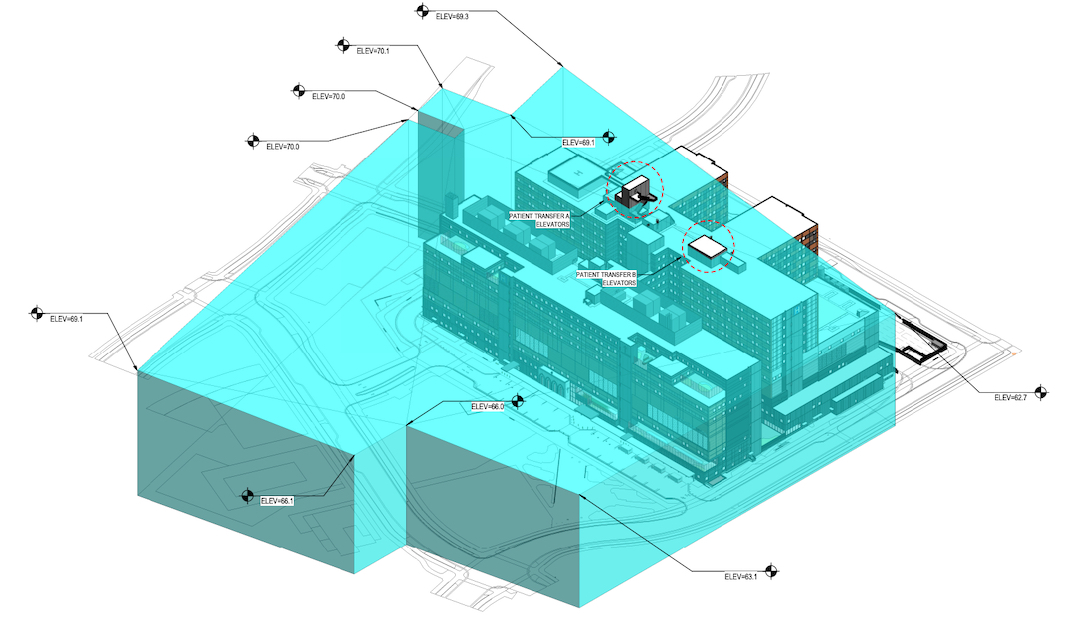 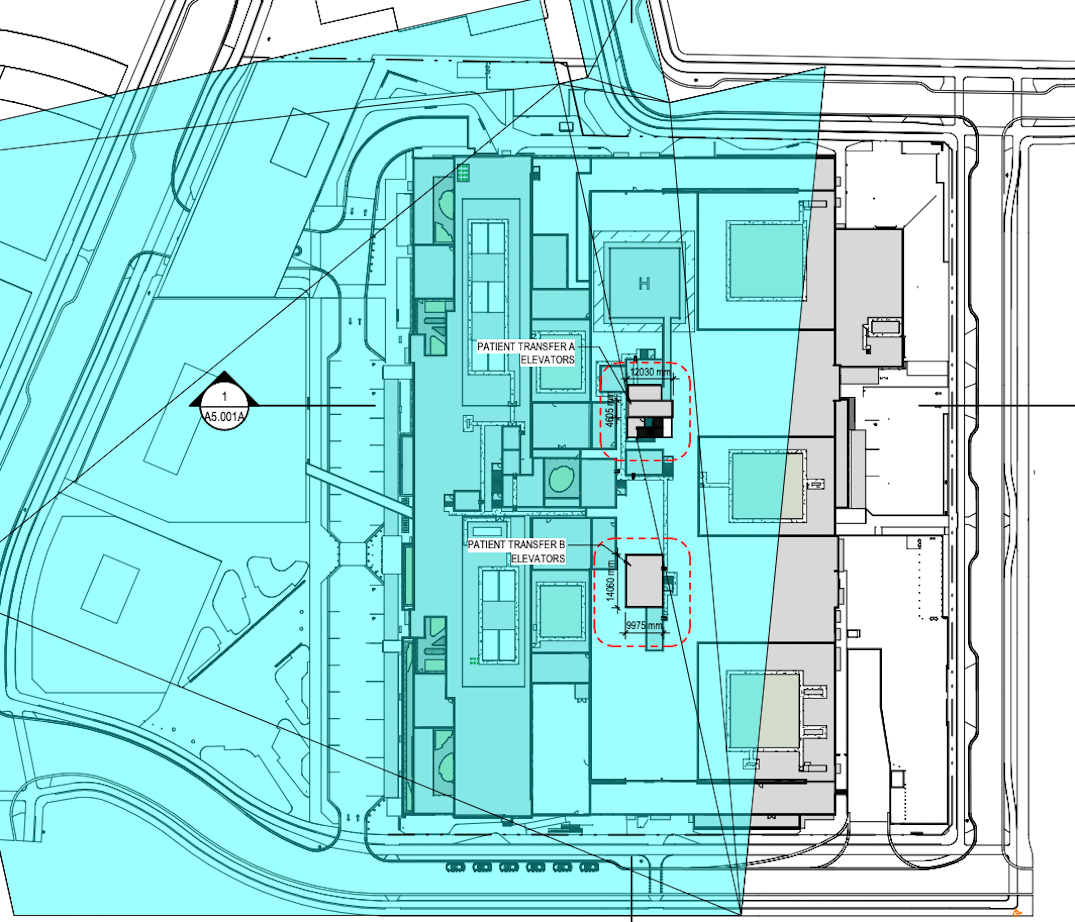 According to city staff, based on similar urban hospital heliport operations, the heliport at the new hospital could see an average of five flights per week, including four daytime and one overnight. Each flight is inclusive of arrival and departure.

“All air-ambulance flights are urgent, even if they are transfers. Patients for transfer are triaged and sent to the most appropriate facility for treatment. If time is not a factor, patients would be transferred via ambulance or transfer vehicle,” explain city staff.

The inclusion of a heliport expands the accessibility of the new St. Paul’s Hospital’s major leading provincial specialized programs and referral centres, including for heart and lung care, renal, specialty surgeries, and transplants, along with emergency and critical care and a range of general and specialized care.

The existing St. Paul’s Hospital in the West End of downtown Vancouver already serves as a provincial program and referral centre hub, but it does not have a heliport. Currently, St. Paul’s Hospital patients arriving by air ambulance are flown to the heliport near Waterfront Station, and then transferred by ground ambulance, which adds to travel time especially for patients in need of critical care. About 40% of the hospital’s visitors are from outside Vancouver. 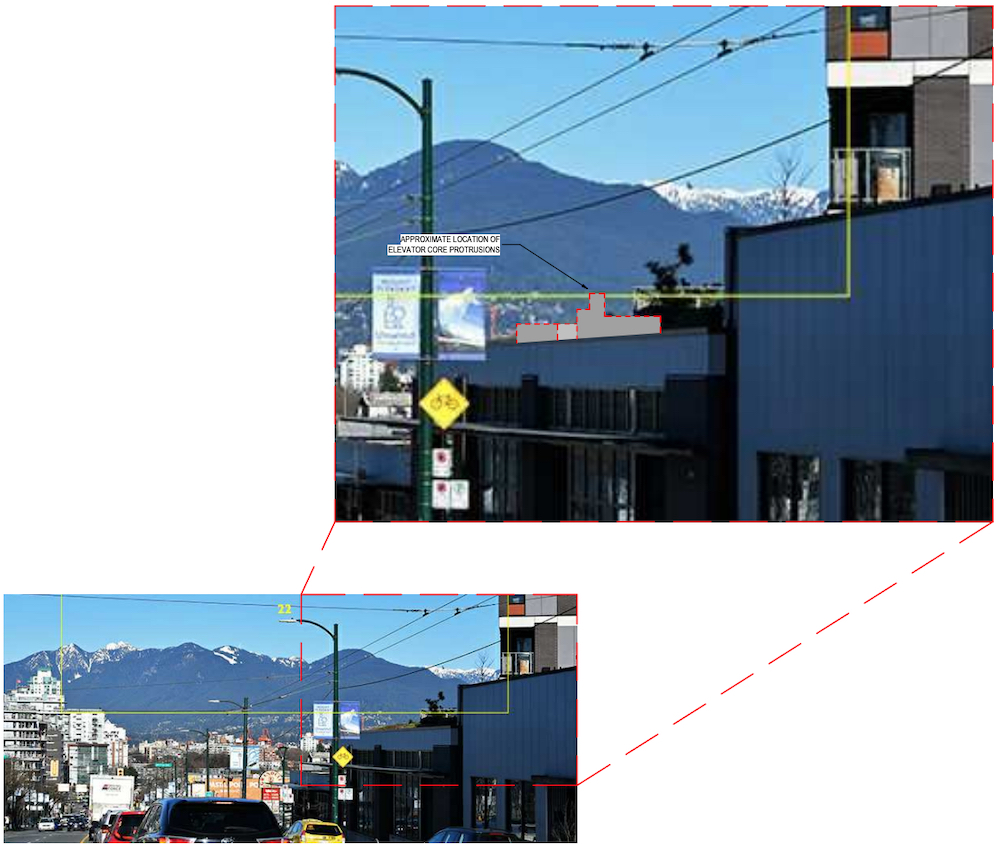 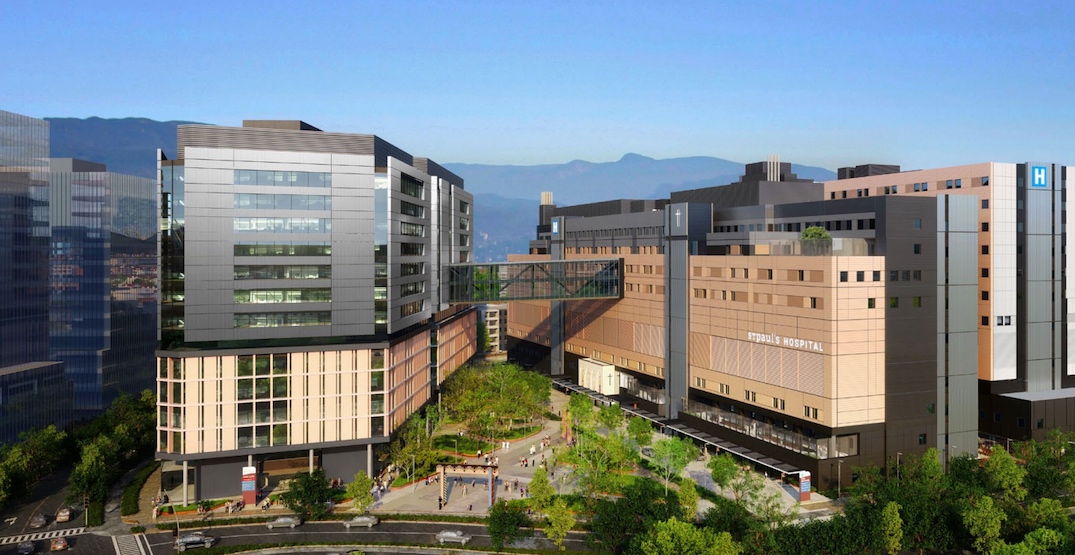 Based on BC Emergency Health Services statistics, about 90% of air ambulance transports are transfers between hospitals. Each year, over 3,000 patients with life or limb injuries are transported by air ambulance, and nearly 5,000 are moved by air for the specialized programs they require at another hospital.

Vancouver General Hospital (VGH), Surrey Memorial Hospital, and New Westminster’s Royal Columbian Hospital each have a rooftop heliport, while BC Children’s Hospital and BC Women’s Hospital share a heliport on a field.

To maintain the safe operation of VGH’s heliport on the low rooftop of its emergency care building, Transport Canada and the city enforce strict height building height restrictions in a sweeping area northwest to northeast of the heliport to protect the flight path for air ambulances.

The potential flight path for helicopters to the heliport of the new St. Paul’s Hospital was not disclosed in consultation materials, and it is unclear whether there could be new strict building height regulations over areas such as Chinatown and Strathcona.

Height restrictions across the Broadway Plan due to mountain view cones and the flight path for Vancouver General Hospital helicopters. Click on the image for an enlarged version. (City of Vancouver)

Construction on the $2.2-billion first phase of the campus, providing a 1.7 million sq ft new replacement and expanded hospital building, began earlier this year and is set for completion in 2027.