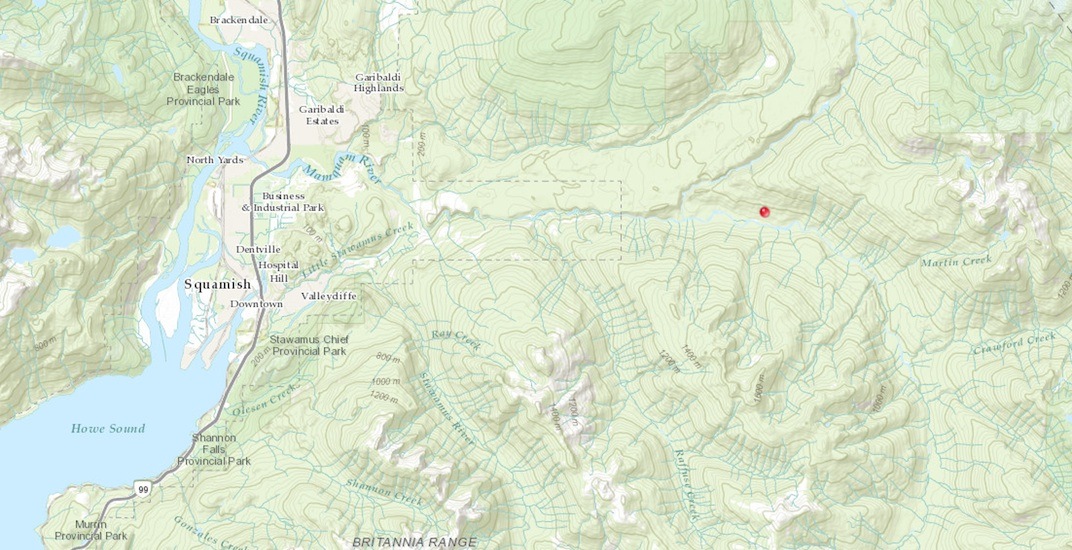 The red dot represents the location of the new wildfire that sparked east of Squamish. (BC Wildfire Service)

Crews with the BC Wildfire Service are battling a new wildfire burning deep in the mountains near Squamish.

The blaze was discovered Sunday evening and is currently relatively small with an area of about 9 acres, but it is “out of control” according to authorities. Its location is approximately 13 kms east of the town along the Manquam Forest Service Road.

Firefighters, an excavator, three helicopters, and an air tanker have been deployed to suppress the fire.

It is believed that a person caused the blaze.

This is currently the closest wildfire to Vancouver; two other wildfires are burning on the east shore of Harrison Lake, with one blaze growing to 225 acres and another reaching 500 acres. 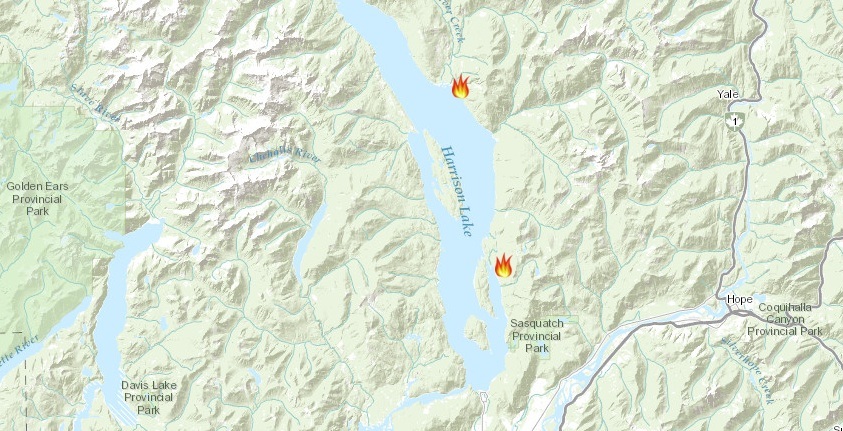 Two other wildfires are burning on the east shore of Harrison Lake. (BC Wildfire Service)