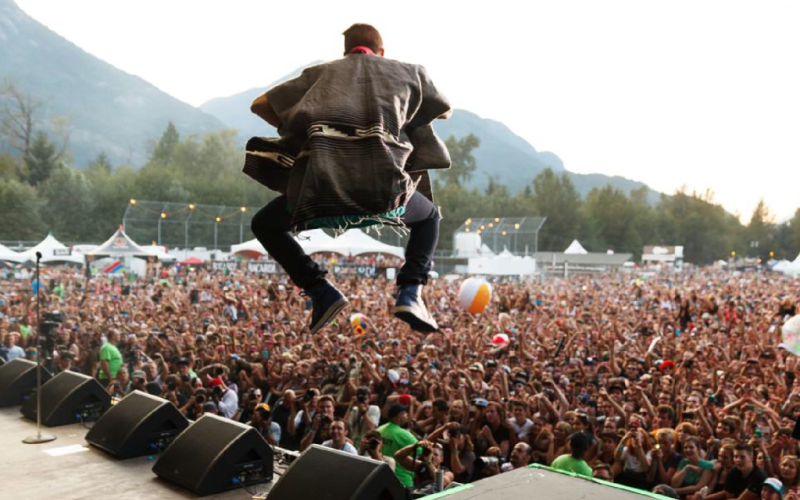 Squamish Valley Music Festival will not go ahead as planned this year as organizers have decided to cancel the event. The three-day festival was scheduled to occur in summer 2016 from August 5 to 7 at Logger Sports Grounds and Brennan Park field complex, an 80-acre vacant site in Squamish just north of Vancouver.

The reasons for cancellation remains unclear. The event is organized annually by BRANDLIVE and Live Nation Canada and attracted 120,000 attendees throughout its entire 2015 run, generating over $30 million in economic spinoffs for the Sea to Sky Corridor.

It was one of Canada’s largest music festivals and seen as a turning point for B.C.’s live music industry.

Over the past few years, organizers released their artist lineup during the first two months of the year. March has now arrived and the timeline to market the summer festival to music fans around the world is cutting short.

Eminem, Arcade Fire, and Bruno Mars performed as the festival’s headliners in 2014 while Drake, Mumford & Sons, and Sam Smith were the festival’s biggest names in 2015.

Further up north, the similarly-sized, competing Pemberton Music Festival is still scheduled to go ahead from July 14 to 17. Last year’s event attracted over 115,000 fans.

We have made the extremely difficult decision to not proceed with the 2016 festival, due to take place in August. This decision was not made lightly and we sincerely apologize to all the people this decision affects: the fans, artists, industry partners, corporate partners, suppliers and all of our supporters within the community of Squamish.

Full statement from District of Squamish:

The District of Squamish is extremely disappointed to learn that the Squamish Valley Music Festival will not proceed in 2016. The Festival has had an incredibly positive influence on Squamish in so many ways, including the significant revenue and economic impact it has brought to the community, and the immense amount of promotional exposure Squamish has enjoyed throughout North America and internationally.

“It’s difficult to quantify the total impact of the Festival but we know there has been a massive injection of revenue, increased awareness and heightened profile for Squamish,” says District of Squamish Mayor Patricia Heintzman. “Squamish Fest has helped our town transition to a place that has been recognized on ‘best of’ lists in A-list publications. It has become part of the tapestry of our town; and has given our community a great sense of pride. It was also a fantastically fun weekend that many of our residents enjoyed immensely as they were caught up in the spirit of music, art and the spectacular. We have played host to the world, and it has been a great honour.”

The District has developed a high functioning and positive working relationship with the Festival team, and could not have asked for a better partner. “I’d especially like to recognize Paul Runnals, Executive Producer, for his passion, vision and appreciation for Squamish. He has been a truly excellent partner, and we hope to be able to work with Paul and his team again in the future,” continues the Mayor. “We know that this decision was not made lightly.”

The Squamish Valley Music Festival leaves an indelible legacy and has helped put Squamish on the map with its world class production – we are grateful.

On the same day, it was also announced that the TomorrowWorld EDM festival near Atlanta, Georiga would not return in 2016.