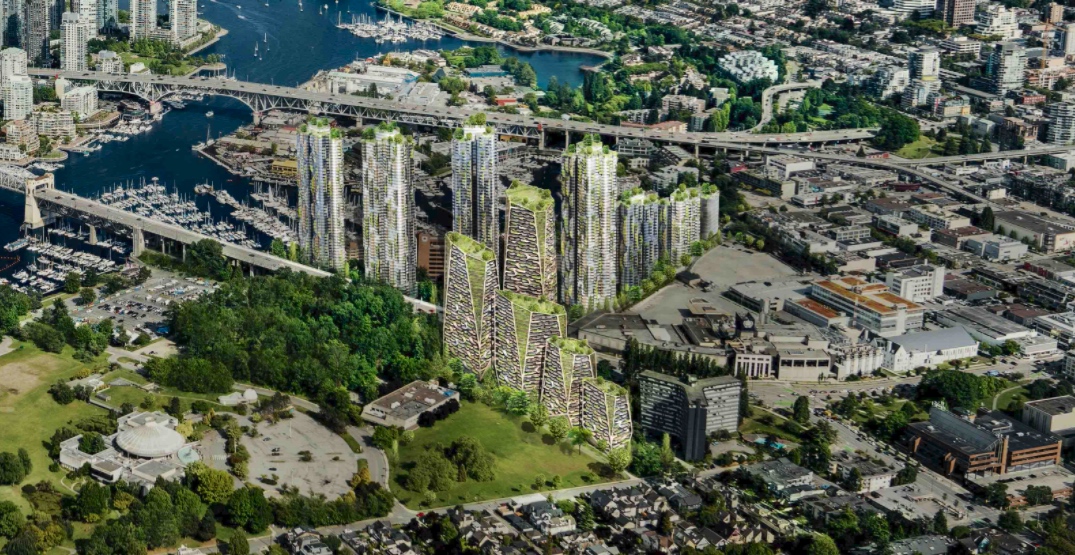 Artistic rendering of Senakw on the Squamish First Nation's reserve at the north end of the Burrard Street Bridge. (Revery Architecture/Westbank/Squamish Nation)

A new report by the Squamish First Nation outlines its three-year strategic plan to generate new housing for its members.

These are the first steps of a broader goal of housing every Squamish person within a generation, defined as in 25 years.

Some of these targets will be achieved through the First Nation’s Hiy̓ám̓ ta Sḵwx̱wú7mesh Housing Society (HSHS), meaning “The Squamish Are Coming Home,” established in Fall 2019. Through non-profit housing developer and operator HSHS, the First Nation is aiming to create over 1,000 new units of affordable and supportive housing on its lands.

In May 2020, the First Nation approved six sites for affordable housing developments, including several sites on Capilano Reserve No. 5 in North Vancouver District, a site near TransLink’s Phibbs Bus Exchange, and a site in Squamish.

One of the reserve sites is on Marine Drive, located immediately southeast of the Lions Gate Bridge’s north interchange. It is located next to the planned future headquarters of the First Nation.

These sites are undeveloped or under-utilized, but one site in North Vancouver City would replace the Eslhá7an complex at 345 West 5th Street, comprised of a learning centre, human resources office, and townhouses, which were built in 1969 using a Canada Mortgage and Housing Corporation loan, paid off in 2019. The structures are now ageing and in need of replacement.

The First Nation states they have historically only built single-detached structures and townhouses, but moving forward, they will be constructing multi-family housing in the form of low-, mid-, and high-rise buildings. 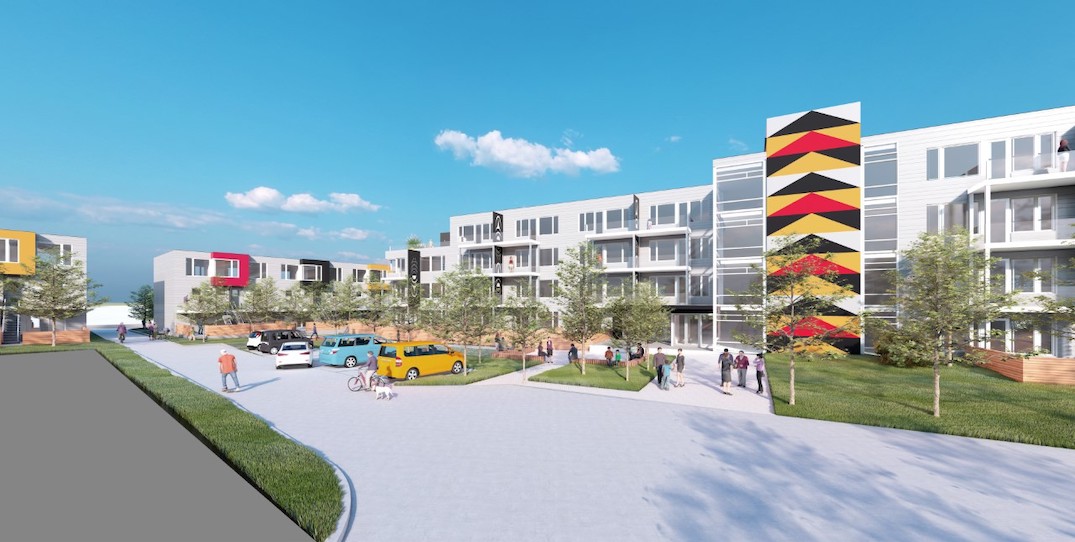 The first site to be developed is at the Capilano Reserve, located at the northwest corner of the intersection of Welch Street and Mathias Road — the area just east of the Lions Gate Bridge.

In September 2020, HSHS was granted provincial funding to turn this site into a four-storey complex with 95 units of affordable housing. It was the first time the provincial government funded housing projects for First Nations on-reserve. Construction on the project is slated to begin in March 2021 for completion by May 2022.

Other housing targets will be met through the Nchḵ’a̓ y Group — the economic development corporation owned by the First Nation. This group is the entity behind the massive, multi-tower Senakw development on their reserve at the south end of the Burrard Street Bridge in Vancouver.

The 12-acre reserve for Senakw, in partnership with Westbank, will create 6,000 rental homes, most of which will be rented out at market rates to provide the First Nation with long-term revenue, which can be used to fund affordable housing projects. Additionally, between 150 to 200 units at Senakw will be set aside for First Nation members at below-market rents.

The First Nation is also exploring an on-reserve mortgage program that supports members who meet bank qualifications to receive a mortgage to fund the construction of a single-detached home on the reserve.

According to the First Nation’s account, it has over 4,000 members, with 60% living on their reserves. More than 1,000 members are on the housing waitlist, with the most recent housing allocations offered to members who have been on the waitlist for over 30 years.