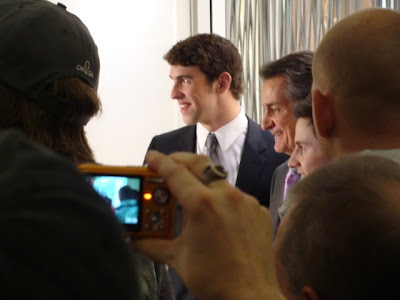 The most decorated athlete in Olympic history began a five-day trip to Vancouver by making a little news of his own. Michael Phelps told reporters that the 2012 London Olympics will be his last and that he won’t attempt to repeat his eight-gold-medal performance in two years. [source]

He is in town as an Omega ambassador and you can see here in the photo Alexandre Bilodeu awarding him a watch. Like he needed another watch. Anyways, ladies enjoy. 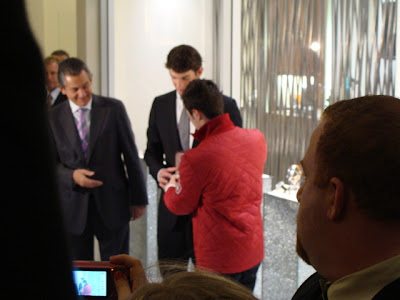 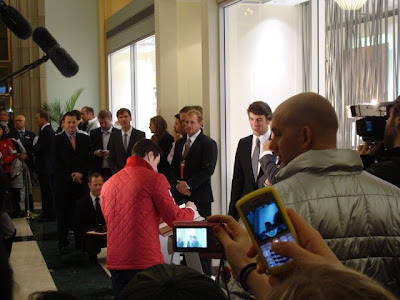