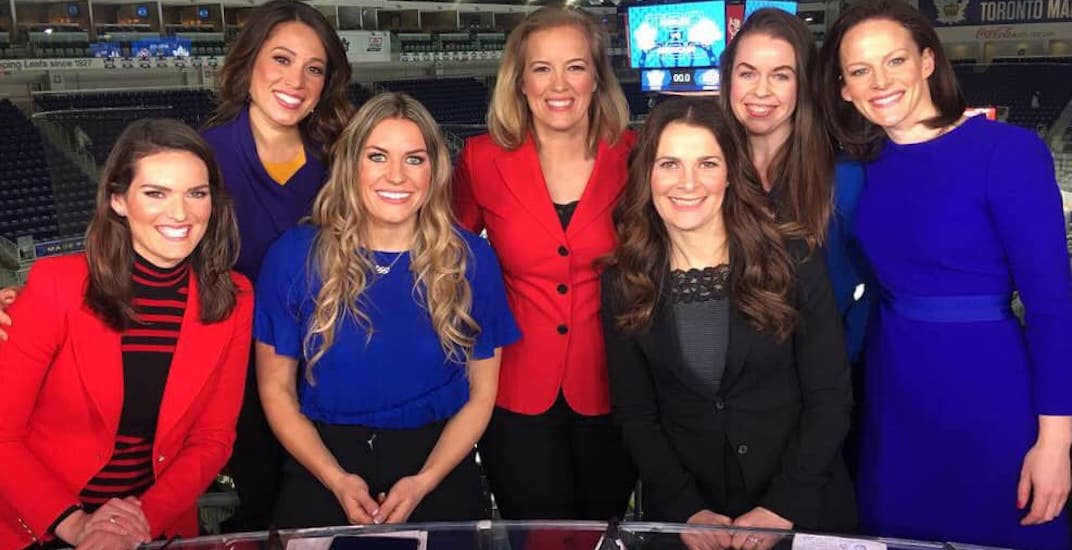 Leah Hextall and Cassie Campbell-Pascall will call the game between the Vegas Golden Knights and Calgary Flames, with Christine Simpson reporting at ice level.

Looking forward to this! 👊 https://t.co/NtUGgViAc2

The broadcast, which begins at 6:30 pm ET/3:30 pm PT, will be produced be a female production team live from Calgary, Toronto, and Salmon Arm, BC, including Hometown Hockey executive producer Alison Redmond, game producer Maria Skinner, and director Dawn Landis.

Sportsnet says they have also partnered with the Southern Alberta Institute of Technology to provide opportunities for female students to “shadow key production roles in person” during the broadcast.

“International Women’s Day is an opportunity to inspire young women and put a spotlight on what is possible, while encouraging continued conversation and action to overcome gender-based barriers for women in the workplace,” said Redmond. “I’m proud to work with highly talented women, whose skill, experience and perspective allow us to deliver sports programming at its best.”