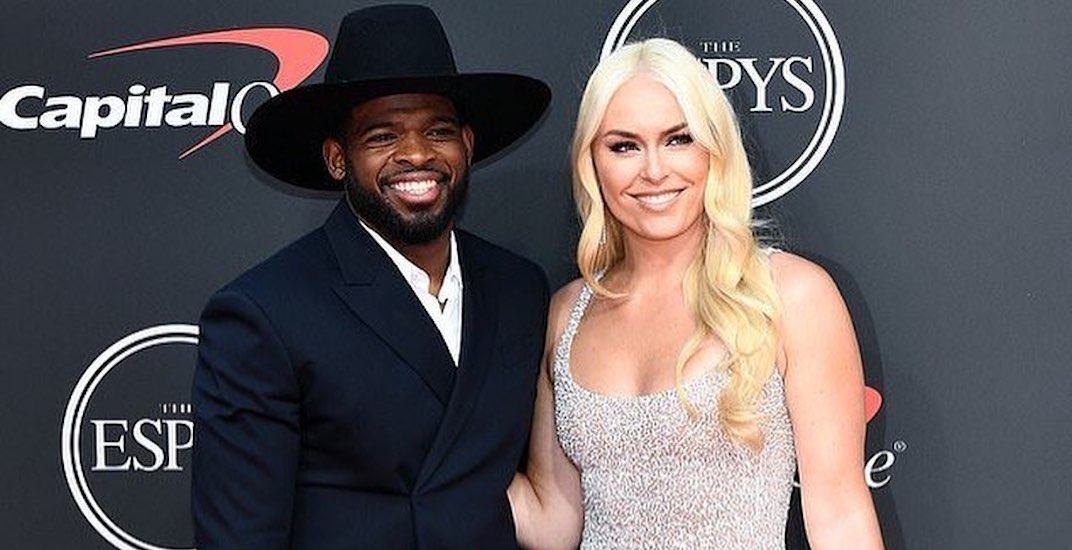 Subban and Vonn announced their engagement in Vogue Magazine, telling the story of how they met and fell in love.

It all started two years ago at the Nickelodeon sports show they said, which took place after the ESPYs in Los Angeles.

In honor of @PKSubban1 and @lindseyvonn getting engaged, here’s the story of how they first met and oh, always shoot your shot. 😂 pic.twitter.com/b4jt5ua46B

Known for grand gestures, as is evident from his personal Instagram account, Subban was low-key in popping the question.

Subban got down on one knee at their offseason home, presenting Vonn with an emerald ring.

“Lindsey’s the best thing that’s ever happened to me,” said Subban.

The couple hasn’t nailed down a date for the wedding, as they are busy planning their move to New Jersey. Subban was traded to the Devils from the Nashville Predators earlier this summer.

“I just want to enjoy the moment and the engagement. We’re not in a big hurry to get married,” said Vonn

When they do tie the knot, they will be one of the most accomplished athletic couples in the world. A former Norris Trophy winner, Subban has enjoyed great success during his 10-year NHL career with the Predators and Montreal Canadiens.

Vonn is a three-time Olympic medal-winning skier, winning gold in downhill at the Vancouver 2010 Winter Games.