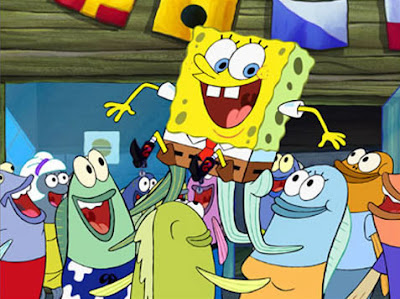 Spongebob Squarepants is one kids show that adults do not mind watching with their children, hell some adults watch it without kids. I am one of those adults as I still watch cartoons, I’m still very much young at heart. As for Spongebob my nieces and nephews love that little yellow sponge as do many kids all over Metro Vancouver. He and his crew of Bikini Bottom dwellers will be at the Vancouver Aquarium from now until March 14th. A perfect place to take the little ones for a day out.

SpongeBob Squarepants will be spending his spring break at the Vancouver Aquarium.  Kids of all ages can meet SpongeBob and all his friends in person starting Friday.  There’s also many hands-on activities and SpongeBob will also be showing his latest 4D animated movie.

The Aquarium’s Kent Hurl says SpongeBob’s appearance is just one of the many elaborate presentations they’ve put on in the past.  “For example, we recently had one, which was ‘Explore Canada Scavenger Hunt,’ where we were sort of featuring different animals and different marine life that are particularly from Canadian regions and Canadian waters.”  [source]