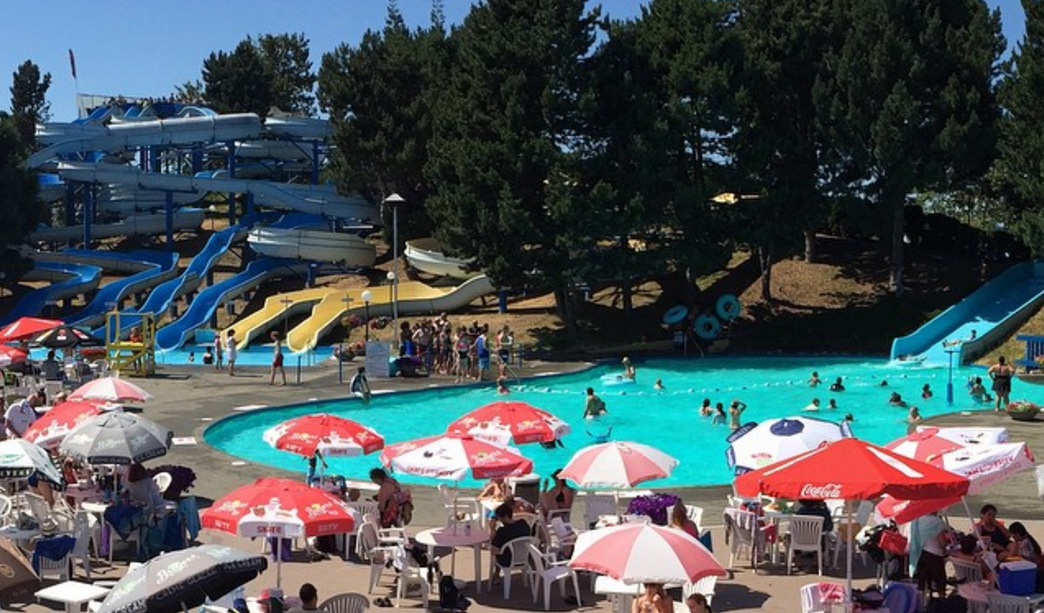 A major water park in sunny Tsawwassen hopes to make one last big splash for the forthcoming summer season before its permanent closure.

Located at the western end of Highway 17, next to B.C. Ferries’ Tsawwassen terminal, Splashdown Park will close at the end of the coming operational season, which begins on June 4 and ends on September 11.

The water park sits on land owned by a member of the Tsawwassen First Nation, and its lease on the land comes to an end after this season. It is anticipated that the land will eventually be redeveloped into commercial or residential uses, if not a mixture of both.

The property is immediately southwest of the 1.2-million-square-foot Tsawwassen Mills shopping centre, which is slated to open this October, and south of the new 270-acre Tsawwassen Shores residential community.

Both projects are being built on lands previously deemed as a part of the Agricultural Land Reserve, before the signing of the 2007 treaty that granted the band the rights to the lands.

As well, a part of the housing development is on land that was previously the F440 Racing Challenge – a four-acre outdoor go-kart attraction with a one-kilometre track. It closed in 2012 to allow for the next phase of construction for the housing project to begin.

“Splashdown has provided great summer experiences for tons of families over the years,” said general manager Harold Frederiks in a statement.

“We hope we have been able to create fun memories of waterslides as part of growing up in the Lower Mainland. There have been a lot of laughs, from annual charity events for Make A Wish to getting to meet great people over the years.”

According to the operators, Splashdown Park sees approximately 100,000 visitors per year. But in recent years, it has faced more competition from Cultus Lake Water Park, which has been continuously renovated and expanded.

While the South Coast will lose a major water park, another one will be gained within the near future. Whistler Blackcomb plans to build a year-round indoor water park as a part of a $345-million expansion plan that includes night skiing, a roller coaster, new hiking trails, and other improved facilities.

Video of going down a water slide at Splashdown Park: