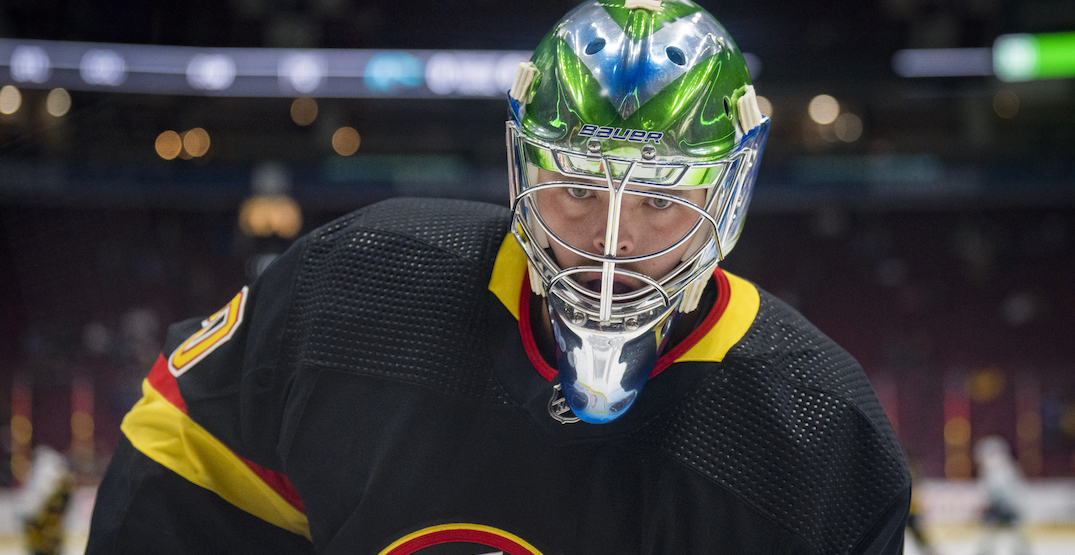 It likely would have been only a stay of execution for a day, but even so, a bit of a buzzkill by the Dallas Stars. When news of their single point trickled out during the Canucks game, you knew the improbable tale of Spencer Martin had just wrapped up for the year.

And it’s too bad. Because if Vegas had somehow secured the regulation win versus the Stars, then Martin would have been responsible for saving the season, for at least a day.

The Canucks weren’t going to make the playoffs after the week they just had, but watching Martin take the ice for even one more night on Thursday in a must-win situation would have been fun. I think it would have been fun for all of us, fun for him, and of course tested his mettle even more for next season and the AHL playoffs yet to come.

There are no predictions of grandeur here for Martin, but he does seem to have that must-have ingredient of calm for goalies, and it’s especially needed for goalies behind average defences. Be unflappable, understand you will see a frequent barrage. Happened last night, after the Canucks had prevented Seattle from a fast start and we were outshooting them 12-1, the Kraken then went on a massive run and before long were outshooting the Canucks 16-1.

Power plays were the reason, but the effect remains the same. Be ready. Be ready to be busy.

And if Martin can continue to perform like he has all season, not the unbeaten in regulation part, just the quality, then maybe this team stands a chance of a healthy and in-form Thatcher Demko for the, dare I say, playoffs.

We don’t anticipate the sudden arrival of two more Norris candidates in the offseason, so goaltending will once again be a massive ingredient to any thought of Canucks success, and with Spencer Martin, at Spencer Martin’s price, maybe Vancouver can replicate a Luke Schenn kind of value, this time, between the pipes.