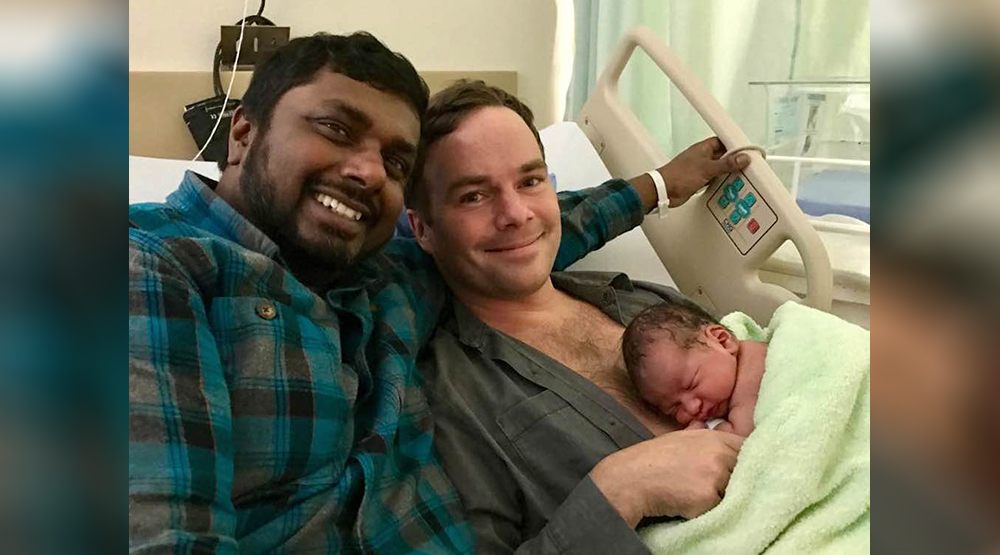 A photo of Vancouver-West End MLA Spencer Chandra Herbert, 35, and his husband Romi Chandra Herbert beaming and cradling their littlest family member is making the rounds on social media.

Their baby, named Dev Juno Chandra Herbert, was born early this morning on Valentine’s Day through a friend who was their surrogate.

Shortly after noon, Romi posted a photo on Facebook with a caption sharing the good news: “Our friend Amanda gave us an incredible gift this Valentine’s Day! Full of love and gratitude. Happy Valentine’s Day!”

Daily Hive was unable to immediately reach the parents of the newborn.

The couple are openly gay and married in March 2010. Both men have been major supporters of the LGBTQ community, and Romi was the founder of BC’s first straight-gay alliance.

Chandra, a graduate of Simon Fraser University, began his career in politics in 2005 at the age of 24 when he was first elected as a Vancouver Park Board Commissioner under COPE.

He entered provincial politics in October 2008 after winning the by-election for the Vancouver-Burrard riding, now known as the Vancouver-West End riding, as the BC NDP’s candidate.