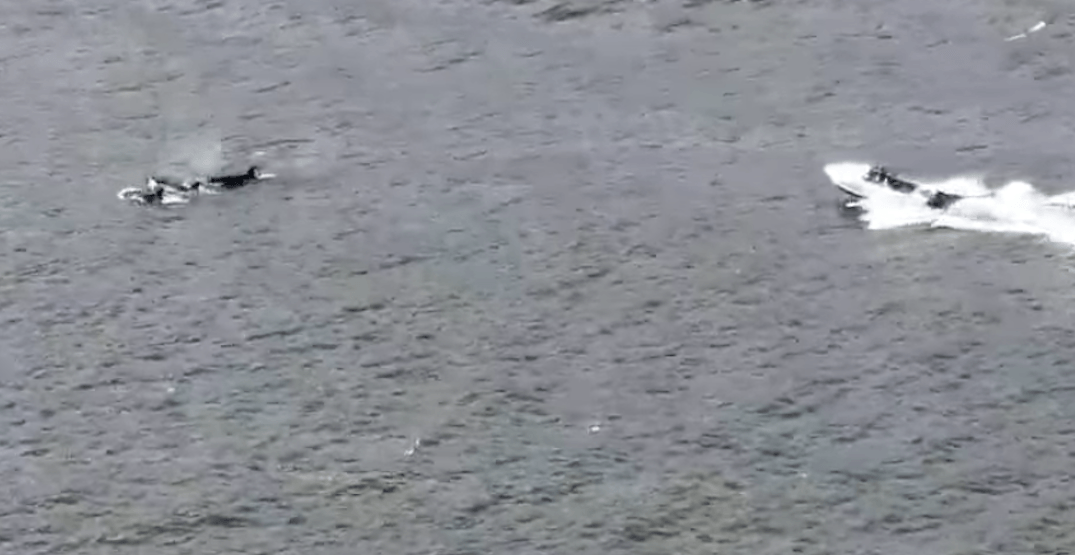 A speedboat was caught on camera racing through a pod of orcas near Stanley Park over the Canada Day long weekend.

The footage, captured on Saturday and shared on social media by Antonio Hurtado Coll, shows what looks to be two orcas in the water just off Prospect Point, as the boat approaches the scene.

Other boats can be seen sitting idly in the water, when the lone boat tears through the area at a high rate of speed, seemingly oblivious to the situation.

According to Canada’s Department of fisheries and Oceans, all marine mammals are subject to the provisions of the Marine Mammal Regulations under the Fisheries Act.

Among these amendments is the requirement that boaters must maintain a minimum approach distance of 200 metres applies for all killer whale populations in BC, and the Pacific Ocean.

In addition, a new 400-metres-approach distance is mandatory for all killer whales in Southern Resident killer whale critical habitat.

Vessel operators are also required to turn off their echo sounders and turn engines to neutral idle, if safe to do so, when a whale is within 400 metres.