A new ride-sharing service geared for commuters aims to provide Vancouverites with an alternative to Uber, which still faces regulatory and legal barriers to operate in the province.

But the operators of Spare Rides assert their model differentiates greatly from Uber. The ride-share app was launched today by a trio of University of British Columbia engineering graduates as a more affordable, cost-neutral carpooling service.

“We are not a taxi service, we are like carpooling for the 21st century,” Spare Rides CEO Kristoffer Vik Hansen told Vancity Buzz. “What that entails is these are regular people going to their regular destinations and they are picking up people who are also going along that route.”

The service only operates during regular commuting hours on weekdays from 8 to 11 a.m. and 3 to 6 p.m. There is a $1.50 fee when the rider is picked up and 50 cents per kilometre for the whole trip tracked on smartphone GPS. Drivers will take $1.00 of the fee and then 35 cents per kilometre.

“Since we are carpooling, we charge passengers the rate that is equivalent to the operating cost of owning and operating a vehicle,” he said. “So the price differentiation is also huge, we’re about one-third of the cost for taxis.”

For the time being, Spare Rides only operates within the Broadway Corridor, within an area framed by Commercial Drive to the east, UBC to the west, West 16th Avenue to the south, and the False Creek, Kitsilano, and Point Grey shoreline to the north. The app is currently operating as a pilot project and there are future plans to expand its coverage across the city.

Vik Hansen says his team has had discussions with both the B.C. Passenger Transportation Board and the City of Vancouver, and unlike Uber they have no issues with the service. Spare Rides also abides ICBC insurance policies, in that it qualifies as a true carpooling service given that it only collects fares to offset the operating cost of a vehicle, including cost of fuel, insurance, wear and tear, and any parking.

“We don’t have professional drivers, these are just people who are commuting,” Vik Hansen continued. “We are trying to coin the term ‘commute-sharing’ because Uber sort of stole the word ‘ride share’.” 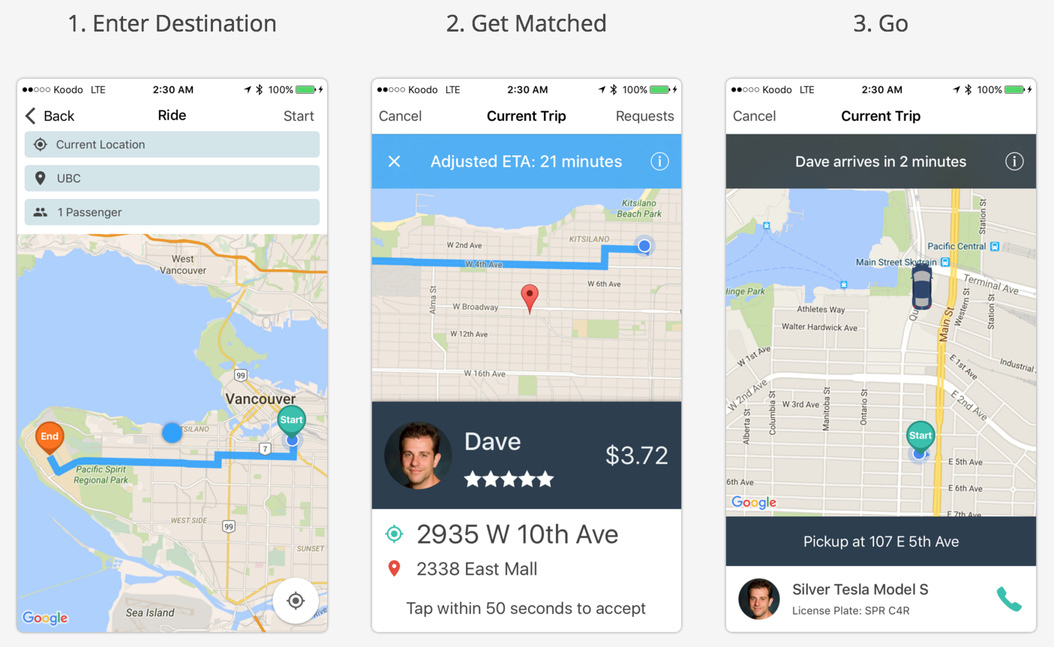