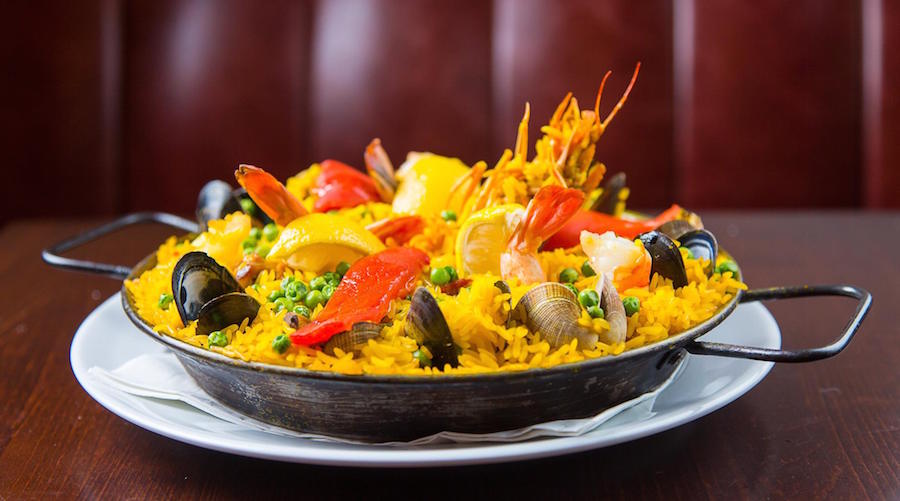 The food of Spain represents a deep cultural history and a broad terrain with delicious regional differences. A powerful influence on a number of global cuisines, the cornerstones of Spanish cooking show up in a number of dishes, techniques, and even styles of eating (“small plates” anyone?) familiar around the world.

Vancouver may not be brimming with Spanish eateries, but those we do have are beloved for putting out top-quality Spanish or Spanish-inspired eats–enough to give any willing eater a solid education in the food of Spain. Though we are aligning a dish or category to a given restaurant, it’s worth noting that Vancouver’s Spanish restaurants each shine in several ways, so diners can try several things in one place. 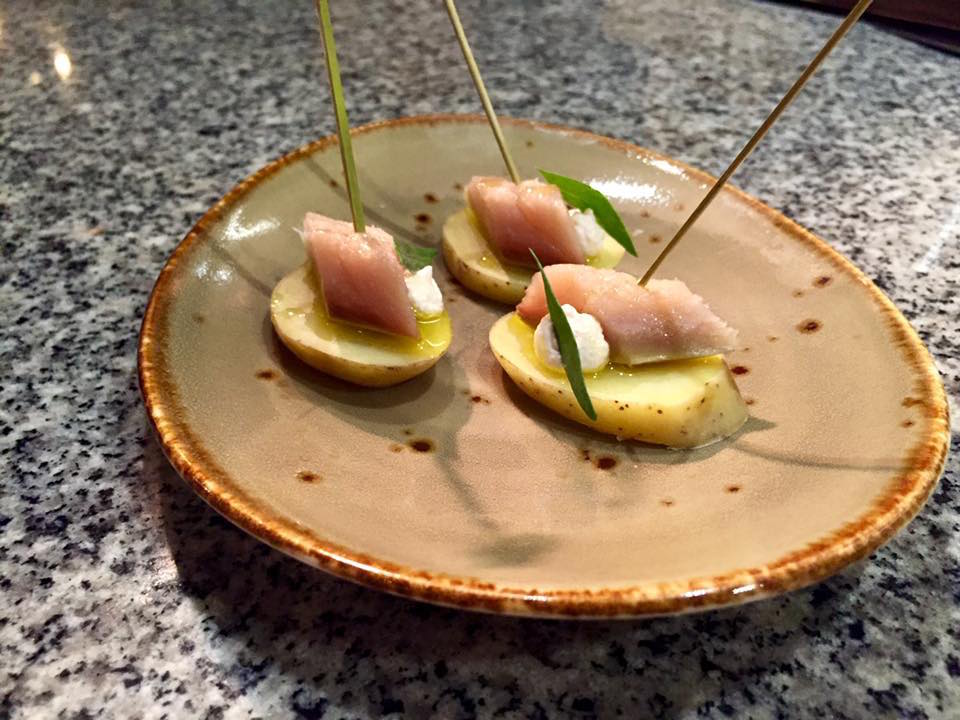 Pinxtos, or pinchos, are snacks, often presented on a skewer or toothpick (pincho is Spanish for “spike.”Popular in northern Spain, pinxtos are prime bar snack foods, perfect for hanging out while socializing (not surprisingly, a lot of Spanish cuisine has to do with getting together and being social!). Think of pinxtos as the more bar-friendly, smaller cousin of tapas.

In Vancouver, Cabrito on Commercial Drive kicks off their menu with a selection of “Nibbles and Pinxtos.” These include finger foods like marinated olives, Spanish peanuts, stuffed piquillo peppers, and chorizo spread on toast.

Tapas: The Sardine Can 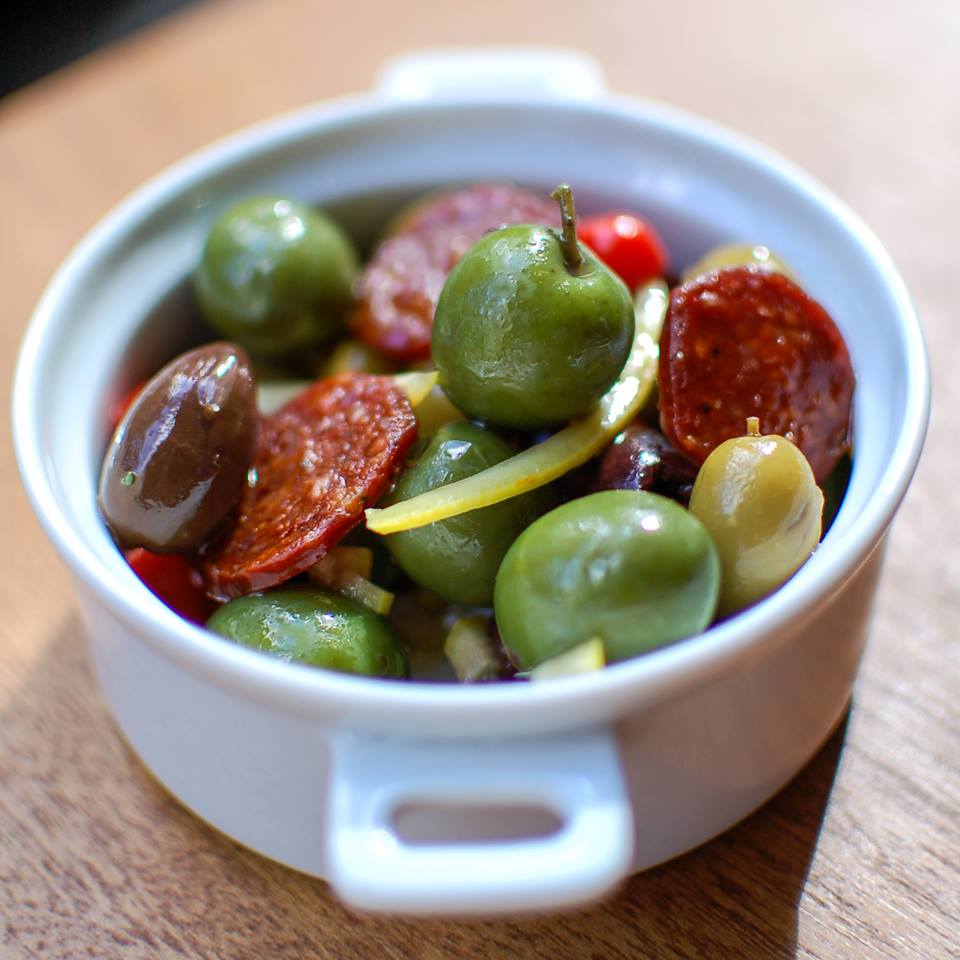 Tapas is a more familiar Spanish style of dishes, also based on drinking and snacking. Think of this, in a way, as happy hour food, meant to be eaten outside the main meals, say after work and before a late-evening dinner. There’s a lot of cross-over between pinxtos and tapas, though tapas broadens to include plated, more elaborate dishes, but always smaller portions meant for sharing. 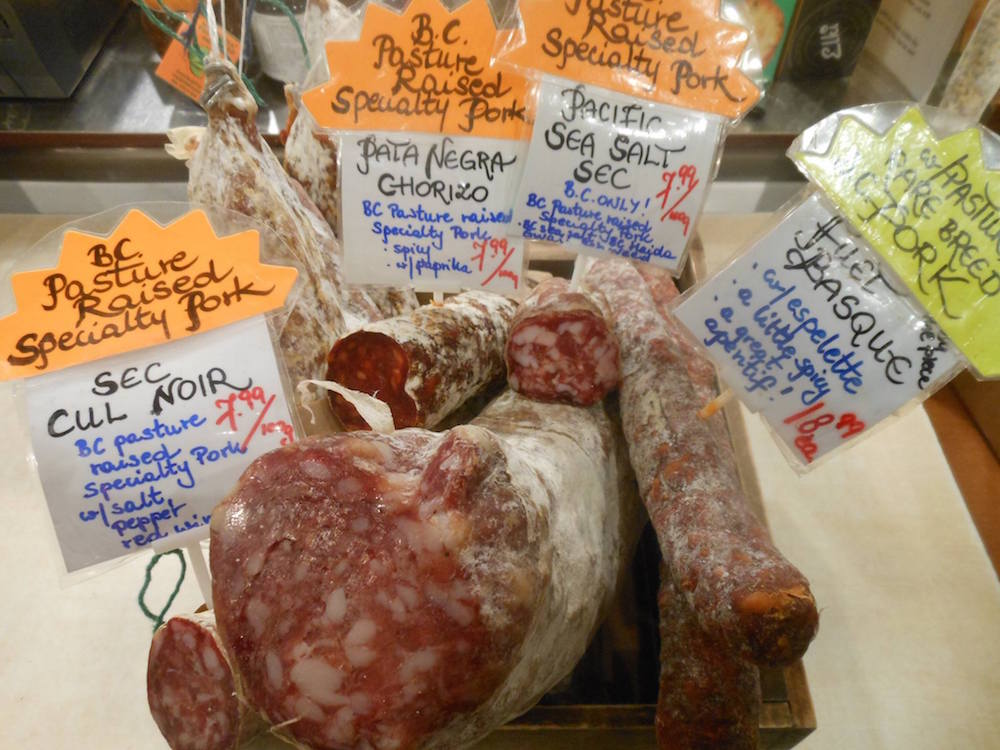 Meat and cheese, the holy duo! Spain produces globally-lauded cured meats (ever seen the pomp and circumstance around a portion of Iberian pig?) and all kinds of meat and cheese platters are a tradition in Spanish cuisine.

In Vancouver, a number of local delis and markets stock Spanish-style meats and Spanish cheese, though those vendors may not be exclusively Spanish. It’s hard to surpass the variety and quality of the meats and cheese found at Oyama Sausage, inside the Granville Island Public Market. Peruse their bountiful cases to DIY your own amazing Spanish meat and cheese feast. (Alternatively, spots like Cabrito and Espana are a great destination for Spanish meats and cheese, with no labour on your part.)

Fewer Spanish dishes offer a visual and taste impact like paella. Often prepared in extra large pans, the dish of rice and a mix of meat and seafood is best served family style…and the best bits are those crunchy morsels at the bottom of the pan.

Bodega on Main is the modern successor to Bodega–a legendary Vancouver Spanish restaurant. They have an extensive menu of Spanish classics, many with a contemporary flair, that spans the touchstone styles of the cuisine, from pinchos to heartier mains, rice dishes, seafood, salads, and tapas (including their beloved Patatas Bravas). Bodega offers two kinds of paella: Mixta (saffron rice with seafood, chicken, chorizo, and pork) and Negra (squid ink rice with prawns, calamari, baby squid, mussels, clams, and langostinos).

There is much to raise a glass and offer a “salud!” to when it comes to beverages of the boozy variety. There are Spanish wines, and their ever-so-quaffable application: Sangria. There are cocktails made with Spanish spirits and in the spirit of Spain, and then there are sherries, also a Spanish staple.

There is so very much to love about Vancouver’s España restaurant, from their tapas to their selection of cured meat and cheese. Not only most worthy for a meal, España is also a great choice for exploring the wines of Spain (including cava, Spain’s sparkling wine), enjoying sangria, or sipping sherry.

A bit of a wildcard category, we’ll admit, since you can pick up variants of these in a few different Vancouver spots. What may come to mind for a coffee-loving Vancouverite is the Spanish Latte at Caffe Artigiano; this sweet, rich espresso-based drink is made with condensed milk, though of course when in Spain, you won’t find yourself ordering a “Spanish Latte.” For those so inclined, there are also Spanish-inspired boozy coffees, which can be found on the menu at Bodega on Main

For dessert, fewer treats represent Spain more than churros served with dipping chocolate. These are on the menu at Bodega and España. Cabrito offers another Spanish classic: Crema Catalan, Spain’s answer to a creme brulee. 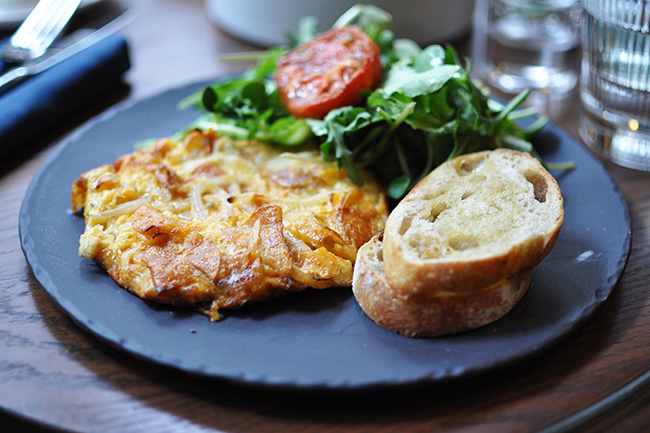 Bonus: For a dish with a very brunch-y application, there’s the Tortilla Española, which can be found on the menu at Gastown’s Mosquito. Opened as a dessert and drinks spot, they’ve since expanded to add brunch, with Chef Jefferson Alvarez at the stove. Served with house-made bread, and a green salad, this honest Spanish omelette rendition is filled with onion and potato, and will sate any savoury eater.