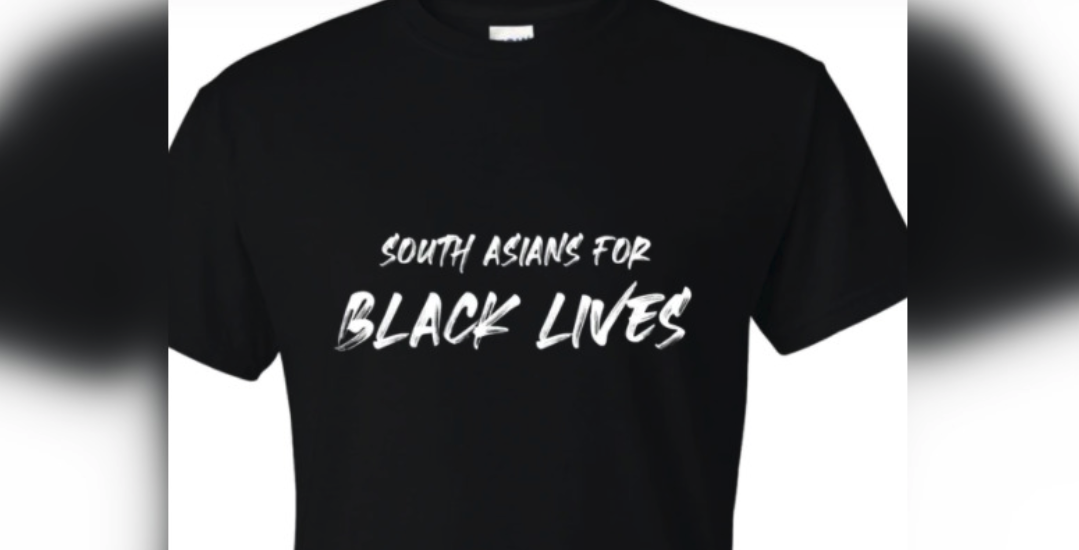 Canadian South Asian hip-hop duo Keralanka knows they have work to do to dismantle anti-Black racism in their own community.

The group, based in Toronto, started rapping and producing music to inspire kids within the South Asian community to pursue a path in the arts or outside of the “norm” that their families may encourage.

But they also acknowledge they wouldn’t be able to pursue hip-hop if it weren’t for Black culture.

Composed of Rohan Raj and DJ AP, the hip-hop act wanted to break outside the bubble of stereotypical South Asian beliefs and spread awareness to the racism in their own community.

“The idea of Anti-Blackness in the South Asian community certainly goes beyond the colourism that exists back home, and I think a lot of it comes down to our own racial conditioning in regards to how the media has portrayed Black communities,” said Raj in an interview with Daily Hive.

“We’re used as a Model Minority in North America, so if the media tells us there’s higher crime rates in predominantly Black neighbourhoods, we use that to justify our toxic stereotypes or beliefs.”

Given the recent events following the killing of George Floyd and protests against anti-Black racism and police brutality around the world, the hip-hop duo knew they couldn’t stay silent. In fact, Keralanka’s message is about being vocal about what you believe in.

“[Keralanka] was founded on expression and resisting oppression, just like the parties that came together in the Bronx to create hip-hop as a means for that,” said Raj. “As much as we’re benefitting off of Black culture, we wanted to do something to … give back to the culture and raise awareness around these issues in our community.”

He went on to explain that certain beliefs people hold within the South Asian community have a lot to do with colonialism and link to colourism and anti-Black racism.

“In India, colourism is rampant to the point that there are brands built on its foundation,” said Raj, using skin-lightening brand Fair and Lovely as a prime example.

“On this point, we’re constantly told growing up not to go play in the sun so as to avoid becoming darker, and I personally have many friends who were born naturally dark-skinned and were told they weren’t as beautiful or that it was ‘unfortunate’ they had darker skins.”

This kind of stigma led Keralanka to spread more awareness and squash the misconceptions rampant in the South Asian community.

Keralanka is collaborating with Glam Gawdd, a Black-owned business in Toronto, to help raise proceeds to fund different organizations in an effort to help the Black community globally.

The idea stemmed from the Netflix show Trigger Warning, hosted by a Black rapper Killer Mike that Raj recently watched.

“The show brings to light social justice issues, not just from the lens of criminal reform but also an economic standpoint,” said Raj. “We realized that it was important to work with a Black-owned business to push the idea of economic empowerment within the Black community as well.”

Glam Gawdd will produce merchandise for Keralanka titled “South Asians for Black Lives.” With each T-shirt order, individuals will receive an educational resource package of sorts, where they can learn about how one can dismantle anti-Blackness in their own community.

“I want people to take away something more than just wearing a T-shirt or donating a few dollars to the organization,” said Raj. “On a behavioural level, how can you fundamentally change or eradicate anti-Blackness, is an important conversation point to bring up.”

All money collected from the purchases will go to Kwanda, a collection pot for Black communities and businesses, and National Bail Out Collective, a fund focused on fighting and ending mass incarceration.

Kwanda, based in the United Kingdom, describes themselves as a “village for those who want to build reliable and empowering systems for Black communities.”

Raj chose to help Kwanda’s mission, based on conversations he had with close friends who belonged to the Black community.

“I gathered from conversations that as important as criminal (and) justice reform is right now, it is also important to be able to support Black centric infrastructure and community progress,” said Raj. “Kwanda’s donors essentially vote on how the money collected is distributed in Black community projects, like currently, they are providing support for 250 homes in Africa.”

Raj also wanted to support the cause from a social and criminal reform standpoint, hence his decision to support the US-based National Bail Out Collective.

“We chose this initiative as they are pretty well known for their bail funds, where they use the money donated towards supporting lower-income families,” said Raj. “Usually people of colour who are in jail and cannot afford their bail price.”