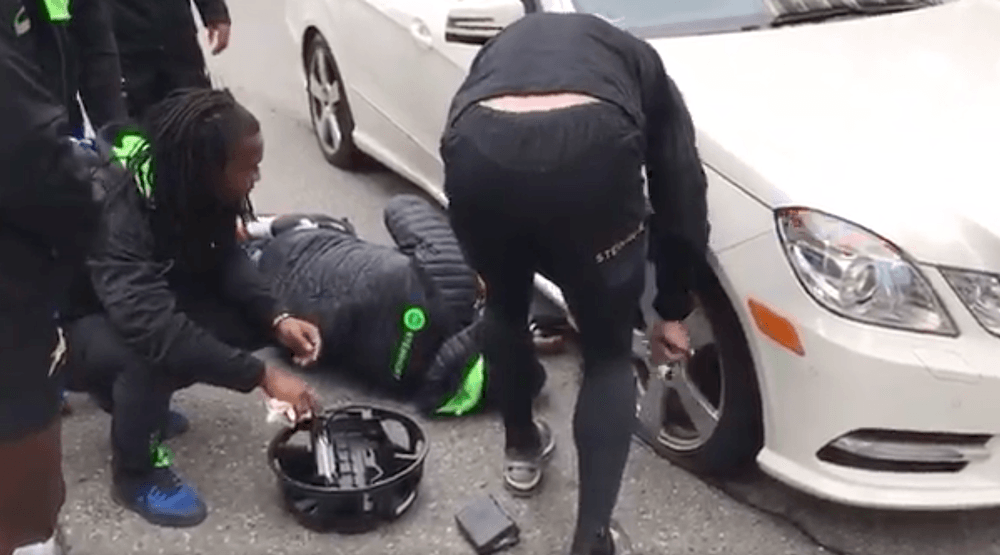 Is there another sport that has more good guys than rugby?

On the pitch rugby players are brutally tough, while displaying admirable sportsmanship not seen in many other sports.

On the way to BC Place for the start of the World Rugby Sevens Series, the South African team made an unexpected stop.

#BlitzBokke stop their bus to help @CityofVancouver local who suffered a punctured tyre; had the wheel changed in no time! #TreuGentlemen pic.twitter.com/9BeV9ZVu4H

The Springbok Sevens stopped their bus, and members of the top team in the World Series standings got out to lend a hand.

A few minutes later and the flat tire was changed and everyone was on their way.

The South Africans proceeded to win all three of their games on Saturday, en route to a second-place finish on Sunday.

How do you change a flat tyre if you live @CityofVancouver? Easy, ask the @Blitzboks #peoplesTeam @SteinhoffRugby @worldrugby7s @vancouver pic.twitter.com/v0qgvVxU0R