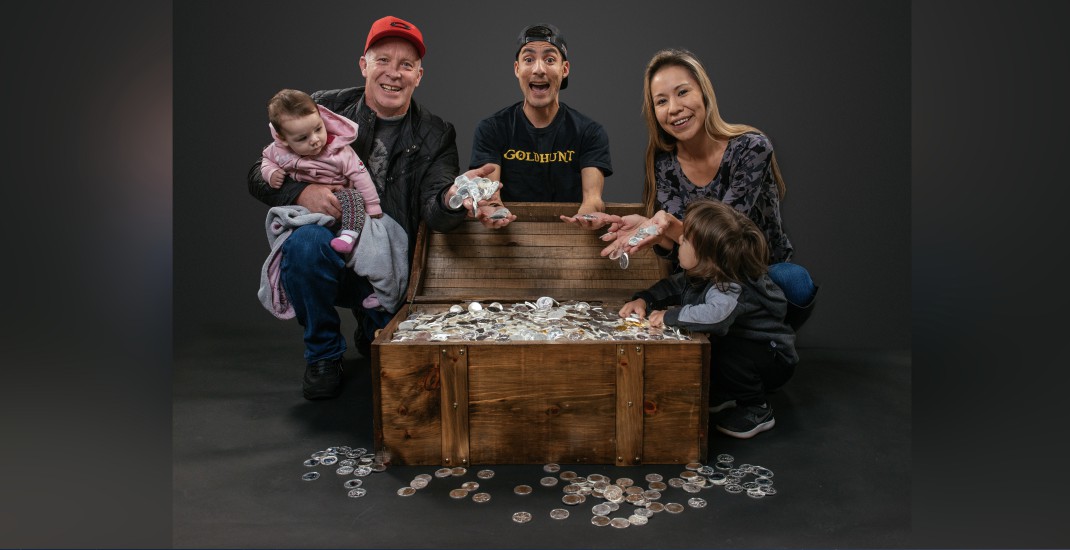 Ronald Troy Linsay-Dickson is the winner of the $100,000 GoldHunt/ Supplied

After a lengthy hunt, Vancouver’s search for treasure has come to an end.

In each hunt, treasure seekers were given the chance to win $100,000 worth of treasure, buried in a secret location.

The chests hidden in both Calgary and Edmonton were found in August but Vancouver’s hunt went unsolved for months.

He was presented with a chest filled with silver and gold coins valued at $100,000 on October 18.

Linsay-Dickson heard about GoldHunt on the radio and spent every spare moment researching and trying to decipher clues.

It’s now official!
At 6:48 pm PST the Vancouver treasure was found by Ronald Troy Linsay-Dickson!
Media & interviews will be coming out shortly.
Thank you to everyone who participated. We hope you enjoyed hunting for treasure and exploring your beautiful city! pic.twitter.com/tvMzHhcAip

“I am pretty excited!” Troy said in a statement. “I have been motivated since the beginning but I never thought we would actually end up winning. Immediate plans include a mini-family vacation, so my wife and kids are really excited.”