A partial solar eclipse will be viewable from much of North America on Thursday, October 23, and Vancouverites will have a front row seat to the rare astronomical event.

The moon will cast a shadow on Earth in the afternoon when it passes in front of the sun. A total eclipse will not be seen at any location on the planet, however, the westernmost and northernmost areas of the continent are the best places to view the phenomenon.

In Metro Vancouver, the eclipse at its peak will reach a maximum coverage of 66 per cent. The event begins in the early afternoon when the sun is still high in the sky.

Of course, the ability to view the spectacle is entirely dependent on weather, but the skies will darken mid-afternoon with or without cloud cover.

This comes just three weeks after the total lunar eclipse over Vancouver on October 8, the second in a series of four Tetrad lunar eclipse events.

If you miss this solar eclipse, a more spectacular total solar eclipse will be visible from B.C. on August 21, 2017.

Tips for viewing a solar eclipse: 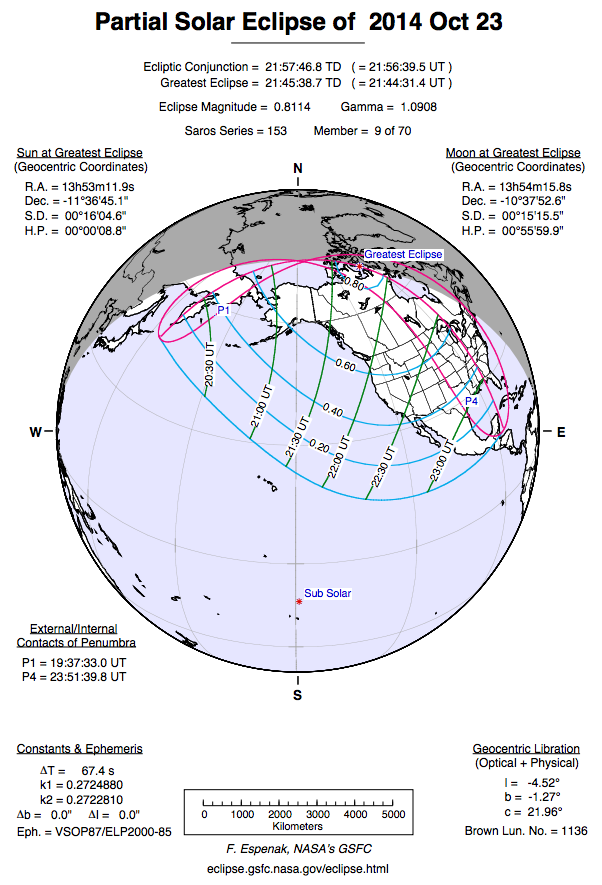