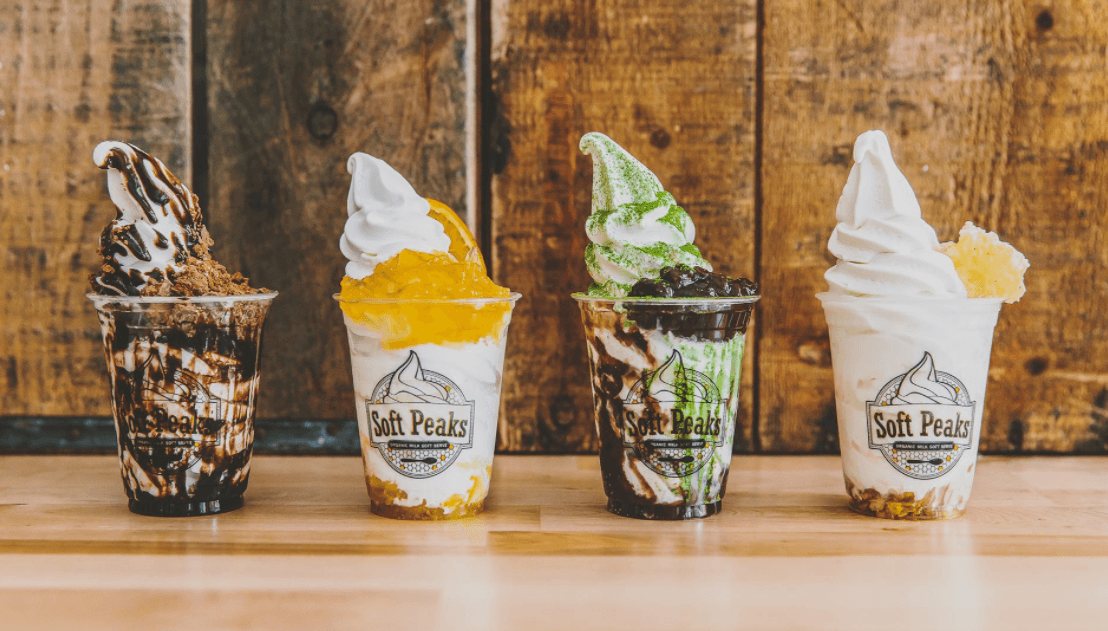 We don’t know what’s more exciting, the fact that Soft Peaks is opening a second location in Burnaby at the end of March, or that they will be offering patrons 50% off their signature soft serve on the day of its grand opening.

Vancouver’s first handcrafted, organic, milk ice cream purveyor has been a dessert staple in Gastown since they opened their first 25 Alexander Street location in 2015. Now it’s time for them to bring that signature Avalon milk soft serve to Burnaby.

Located at 4603 Kingsway (right across from Metrotown) the 1,560 sq. ft. space is double the size of the Gastown Shop, and it was designed to be an ice cream cafe, where guests can enjoy not only ice cream but desserts and coffee too.

Soft Peaks has rebranded for this spot, so expect a new look along with their signature menu of soft-serve creations, milkshakes, frozen bars, and hot chocolate.

New offerings included an expanded drink menu (Milano coffee, affogatos, espresso, and the like) and more ice cream flavours like the Kinako Soft Serve made with roasted soybeans (available in bar version too).

The most exciting new dish in our opinion? The new make-your-own ice cream sandwiches, which are part of a collaboration with Swiss Bakery, who provide fresh frissants – fritter and a doughnut – which are sandwiched around the base ice cream flavour and syrups of your choice. 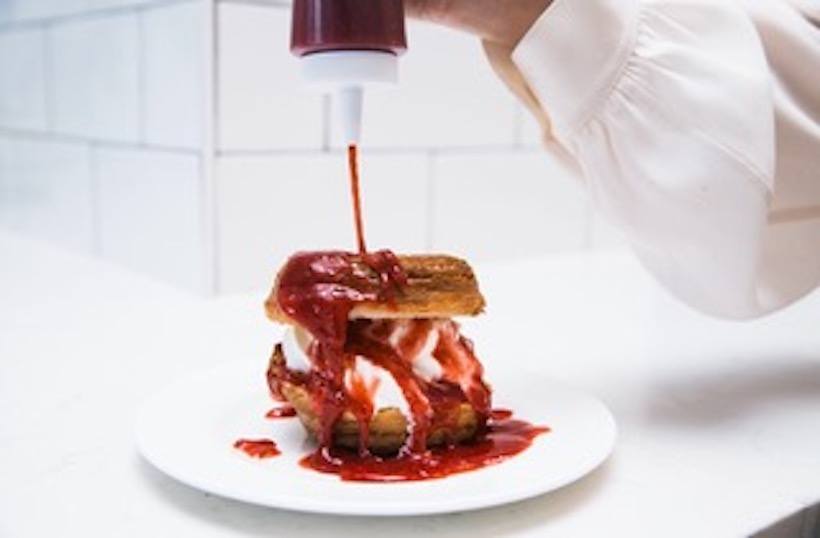 We can’t wait to step into this 36-foot space come opening day – which is yet to be determined. But Soft Peaks told Daily Hive it’s likely to be the end of March.

We’ll keep you posted with an exact opening date.