You know that feeling you get when you discover a new song or artist that you really connect with? That warm and fuzzy feeling that you can’t really put into words as it fills your soul? Well Sofar Sounds Vancouver has managed to pack those feels up into a gorgeous live music experience that anyone can sign up to attend for free in unique venues around the city. All you have to do is sign up on their website to attend.

I recently had a chance to catch up with part of the Sofar Sounds Vancouver team to talk about what makes Sofar so special and what they have planned for the new year. 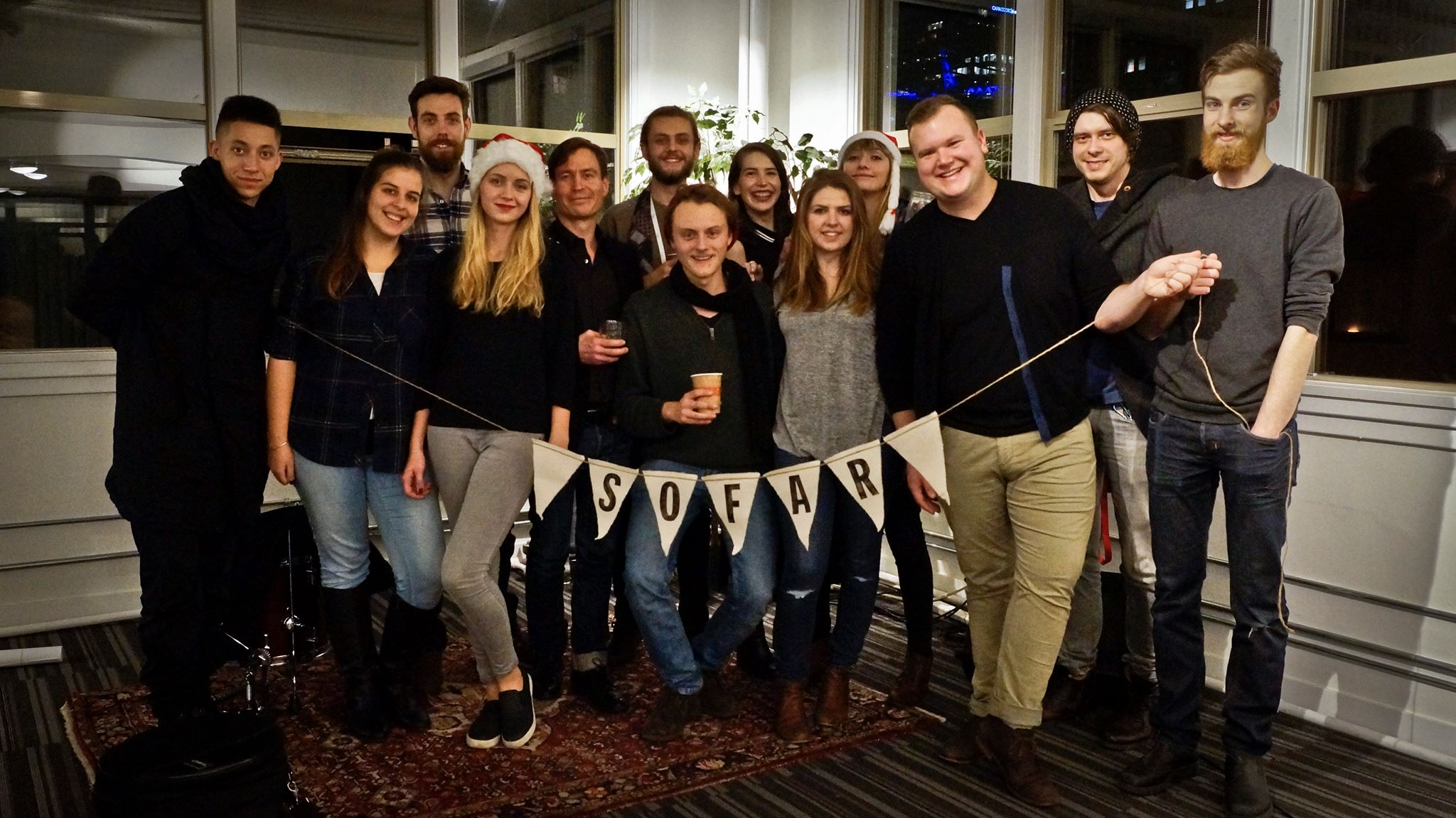 Kaya: I’m Kaya and I do venue scouting and I do the guestlist and I’ve been MCing at the Sofar Vancouver shows.

Ben: I’m Ben and I do video stuff for Sofar Vancouver.

Dalton: I’m Dalton; I help out in every department of Sofar Vancouver and have been doing some venue scouting stuff as well.

How did you first find out about Sofar Sounds?

C: I was actually taken to the inaugural show in Vancouver by another team member, Darragh. She had been following Sofar on their YouTube channel since it started in London back in 2010. She convinced me to go to this show with her and I kind of went in without knowing anything about it. At the time, there were two girls who were spearheading the event here in Vancouver and their names were Steph and Collette.

Darragh and I, after going to the show, fell in love with [Sofar]. That night, we crafted this perfect email with our resumes saying how we were really excited to get involved. Steph and Collette responded right away and were like, “That’s crazy that you emailed us because we’re actually leaving. So do you want to just take [Sofar Sounds Vancouver] on?”

It was really exciting because we just had October and November of last year where there was some overlap and had us all working on it together. Then [Steph and Collette] left and we took it on as our baby from there.

C: Yeah she is! She was city leading with me for a bit and was doing a lot of band liaison stuff.

K: It kinda depends actually, sometimes we use a group that we made on Facebook where all the team members put out ideas. Usually it’s like, “Oh we heard these guys play before,” and they would give motivation as to why they think the band would be appropriate for Sofar Sounds.

So you kind of pitch different bands to each other?

K: Yeah, we pitch to each other and we go to shows and discover local music that way. We’ve also been reached out to by a few artists as well. We try to make every show really diverse so it’s never just one type of music or genre.

C: What’s nice too is that the Sofar community has this built in international listening committee as well. So if I’m kind of unsure if I want to book someone, I’ll put a couple of their links into this giant spreadsheet where city leaders from other Sofar communities in the world will go to listen and vote for their favourites.

I try to put a couples hours per week into listening to other cities, especially ones who are just starting out. It’s really nice to have that spreadsheet because it’s kind of like a litmus test for us to gauge how we’re doing and honestly, to kind of steal ideas about different genres that I didn’t even know about before.

A: I can’t speak for everybody, but I don’t think that I was as into the local music scene before as I am now. I’m just blow away by how much local talent there is here!

Do you always book local artists for every show?

C: We try to book some touring bands; our favourite thing to do is to book people that have played other Sofars in other cities because that really ties into how we wanna make the world feel a little smaller. Typically, our shows have been pretty local so far. I would say that my goal would be to have three out of four bands be local and have something like one touring band per show on average.

B: It also depends on what you define as local in that we’ve had bands from Vancouver Island make the trek over since there isn’t another Sofar show that they can play. So we’re as local as those bands can get. 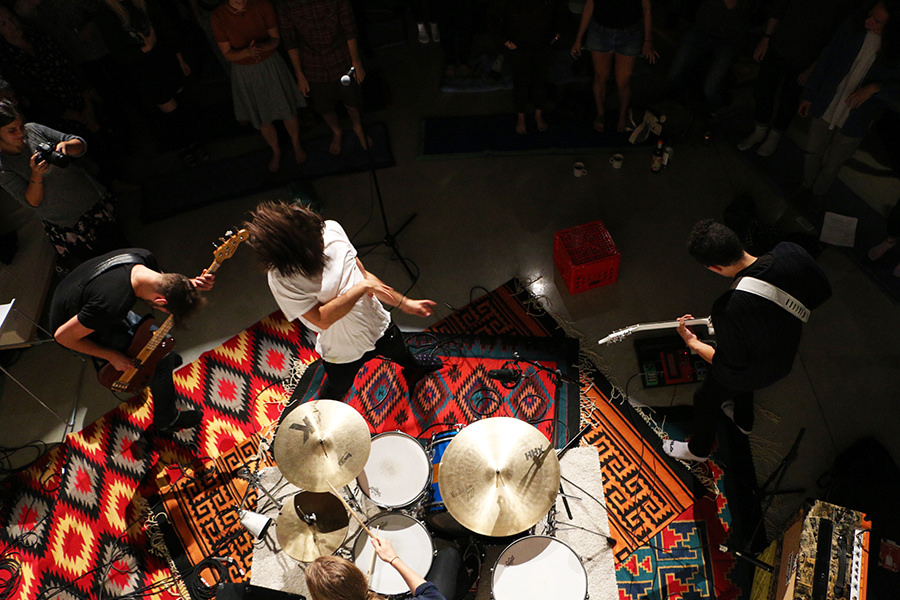 What was one of your most memorable experiences from Sofar Vancouver, so far?

K: My most memorable experience was definitely the first show that I was involved in back in May. It was on a big rooftop patio thing and it was so magical. It was the end of May, it was warm outside, and it was just such a loving atmosphere. The artists that played were also very genuine and pure.

I also think the [show] we put on in September was very magical too. The space was at Mark and Yumi’s and there was a very sharing vibe to that show. I also really liked the recognition of the fact that we were on aboriginal territories which was really cool. Emily Chambers played that night and wow, it blew me away. It was so good.

B: I’m going to cheat and say two. I may not be speaking for everybody, but I think that everyone’s first experience with Sofar is somehow special. I think I was looking for a community to be a part of and Sofar seemed to have a lot of promise in the sense that you show up to the show and become part of one tribe for three hours. There’s something really special about that and additionally, being in a top floor penthouse suite overlooking English Bay rules.

Then as an editor, which is kind of cool, is that I get to relive everything. My favourite moments are from when you’re building a video and it starts to feel like the night. It’s really cool to think that people around the world have that opportunity to relive what we’re doing here. There are also so many stories behind a lot of these videos; we’ve recorded on tape people falling in love at shows. 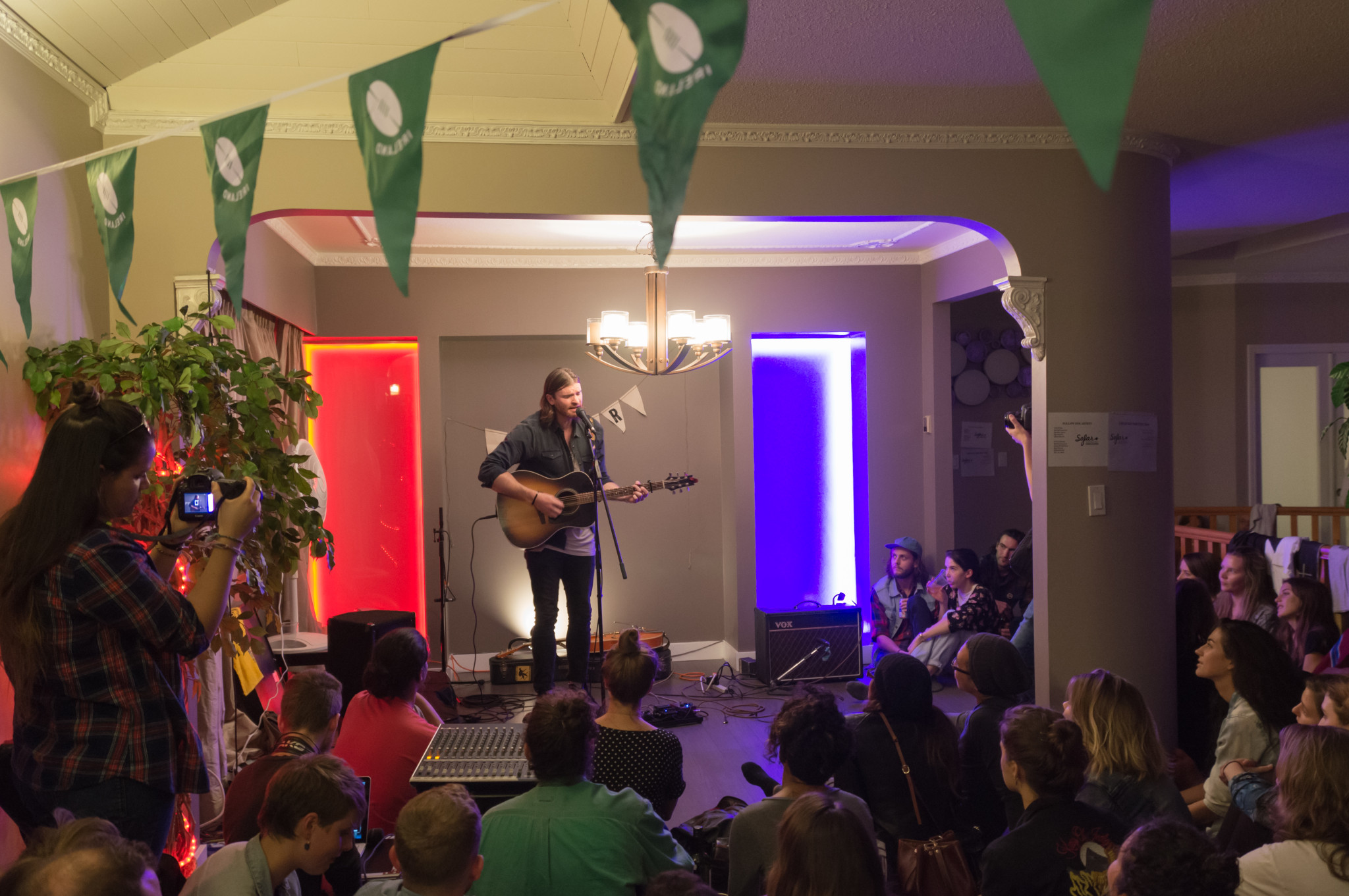 D: In terms of my favourite performance, I know the question was broader, but it was when Khari Wendell McClellan played. I think that was really amazing because he brought this soul, spoken word, kind of gospel music thing that you just don’t see a lot. It was cool to see people’s reactions coming off of that and saying, “Man he took us to church!” Everyone was so stoked like, how do we get this kind of music in Vancouver?

C: Well he’s still one of my favourites to this day because he was one of the first people we booked that reached out to us first. He messaged our Facebook page and was like, “Oh I wanna do a show for you guys.” I remember being like, is this for real? He was one of the most gracious humans I’ve ever met and it was so humbling to have him want to be involved with us.

For me however, my favourite part is seeing people that I know it’s their first time [at a Sofar Sounds Vancouver show] and seeing them have that twinkle that I recognize. It just reminds me that [Sofar is] exactly as special as I thought it was at first. I don’t need to make it sound like it’s cooler, or alternative, or like it’s this far cry from the music industry because it just is.

What’s next for Sofar Sounds Vancouver?

C: I think my goal for 2015 was to amp up our videos and make them better, and I think we’re doing a pretty good job on that now! So I officially did my new year’s resolution for 2015. My goal for 2016 is going to be diversity because I think we’re going to start recognizing other art forms too.

Sofar London recently had their first troop of dancers and we’ve seen a lot of comedians and spoken word artists kind of slowly popping up here and there so I wouldn’t mind being on the forefront of that as a city as well.

Check out the Sofar Sounds Vancouver website if you’d like to get more information about, register to attend, host or play one of their upcoming shows in 2016.