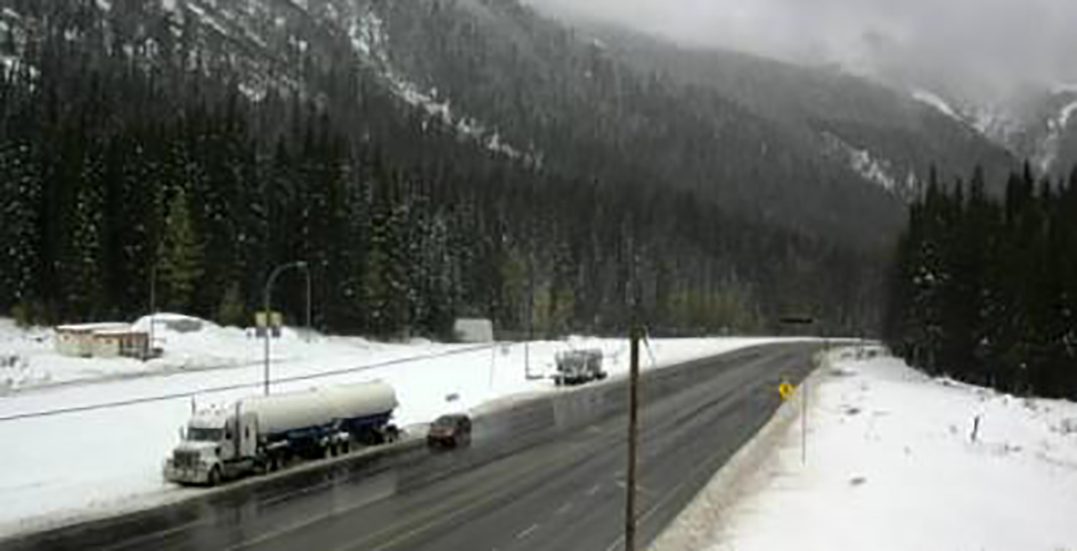 Highway 1 in British Columbia near Rogers Pass. (Drive BC)

Despite only being mid-October, parts of British Columbia have already begun to see snowfall.

In fact, a snowfall warning has been issued by Environment Canada for parts of a highway in the BC interior.

The weather agency says that the Trans-Canada Highway between Eagle Pass and Rogers Pass is expected to receive anywhere between 15 and 20 cm of snow.

The Friday flurries are the result of a Pacific low pressure system, according to Environment Canada. Drivers are being advised to prepare “slippery surface conditions” caused by the mix of rain and snow.

“Snow will begin to switch over to rain this afternoon then taper off late this evening.”

In late September, a healthy dose of snow was also caught at the top of Whistler Blackcomb.