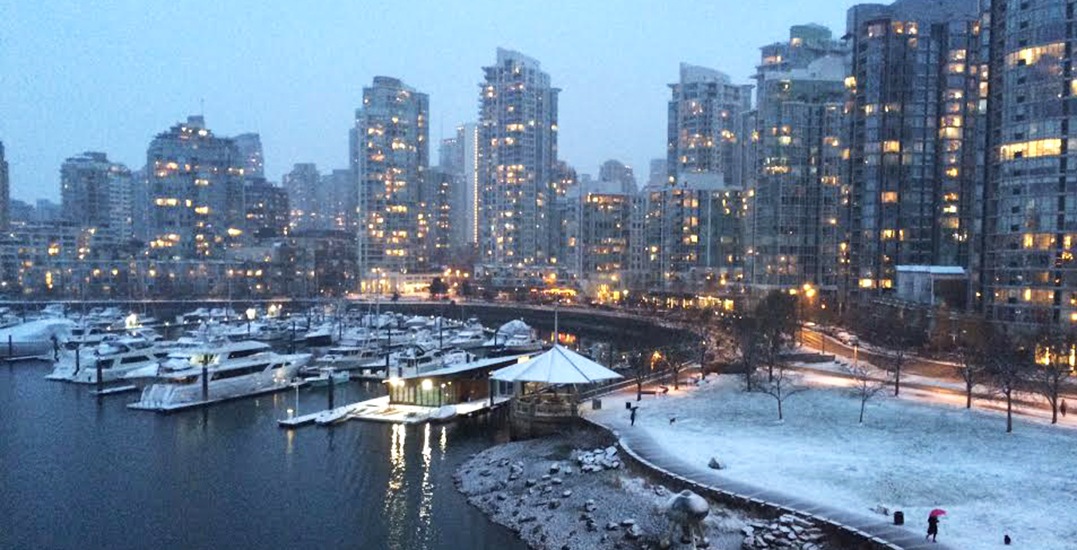 It seems like a snowpocalypse (at least by Vancouver standards) is imminent at this point.

After Environment Canada released a special weather statement earlier this morning, they quickly issued a second warning to confirm the impeding snowfall.

A snowfall warning has been issued to:

Environment Canada clarified that a low pressure system will be bringing arctic air across the south coast on Friday, with 10 cm of snowfall expected.

The report reads that “snowfall is expected to begin Friday morning and taper off late in the afternoon.” While it is possible that some areas see a mix of snow and rain in the afternoon, “the majority of Metro Vancouer as well as Howe Sound are forecast to see snow.”

Expect the snow to taper off late in the day, turning into light snow and drizzle in the evening, with flurries resuming overnight.

Given that this is the second weather warning issued to Vancouver within the span of half a day, it’s safe to say that it’s snow joking matter.

Drivers have been warned to take extreme caution, in order to avoid an already accumulating amount of delays and accidents that have hit Vancouver roads. Remember to give yourself extra time to stop, as well as ample time driving to and from your destination.

Our 👮 officers attended 22 collisions 🚗💥🚗 over a 24 hr period ending this morning at 7 am. Slow down, drive cautiously, & remove any snow that impedes your vision. We want you to get to your destination safely. Thank you!