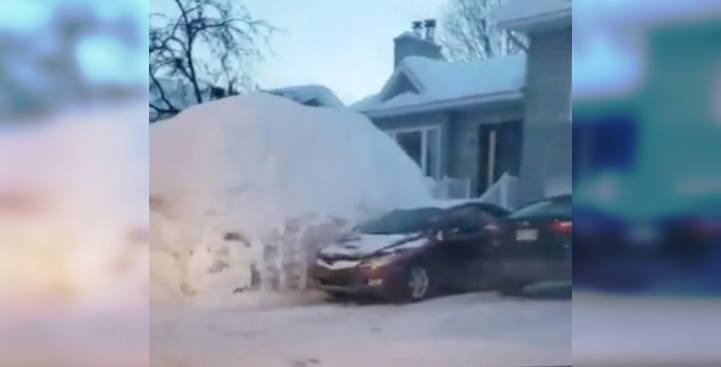 Arguably the worst part about winter is shovelling snow.

It’s strenuous on the body, time consuming and constant. Especially during this relentless Canadian winter.

However, after checking out this video posted to Twitter yesterday, that layer of snow in your driveway might not seem so bad compared to piles of snow that challenge the height of houses.

Eric Bouchard (@Tara_eric), a self-proclaimed “meteorology addict” and “severe weather watcher for Environment Canada” captured footage of giant piles of snow that would make even the Hercules of shovelling shudder.

If comparing the heaps of snow to the houses doesn’t do it justice, check out how small the cars look next to these mountains of snow in Quebec.

Home owners might have to start charging piles of this magnitude rent, it looks like they’ll be sticking around for a while.

Of course, when they do thaw out, there’s also that flooding to worry about…