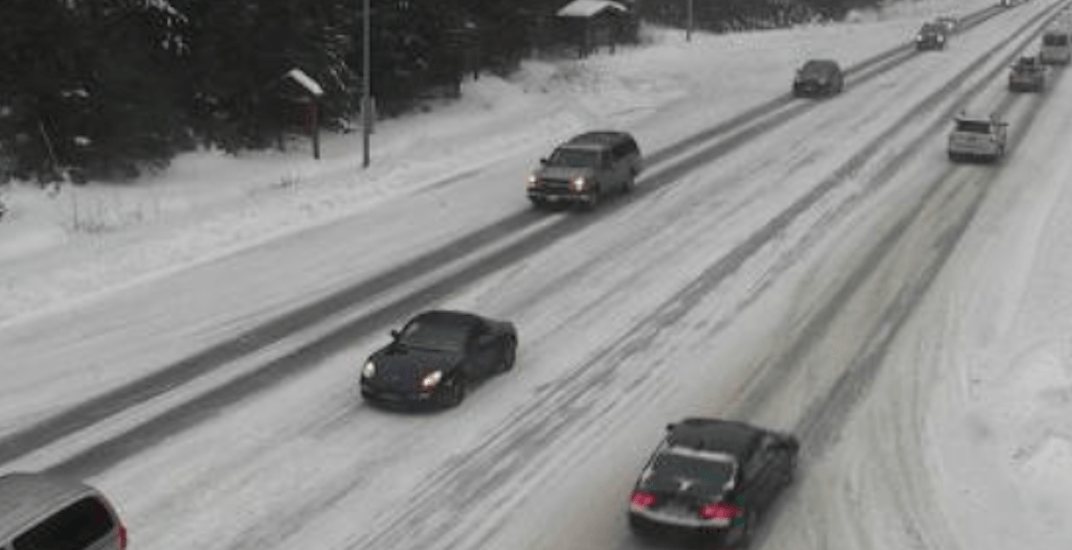 Those travelling north on the Sea-to-Sky in search of snow are advised to be careful on the way there, as the snow will reach them before they reach their destination.

In fact, a snowfall warning has been issued for the entire popular travel corridor by Environment Canada.

The warning extends from West Vancouver all the way to Whistler, with about 15 cms of snow expected along the route.

The warning is a result of a storm moving along a stationary front, along the BC south coast, the agency says.

A “band of moderate to heavy snow” is expected through the Sea to Sky corridor from midday Friday into early Saturday morning.

Those travelling along the popular highway are advised to prepare for “quickly changing and deteriorating travel conditions,” as “rapidly accumulating snow will make travel difficult.”

A snowfall warning has also been issued for major routes heading east out the Lower Mainland, including the Coquihalla Highway and Highway 3.