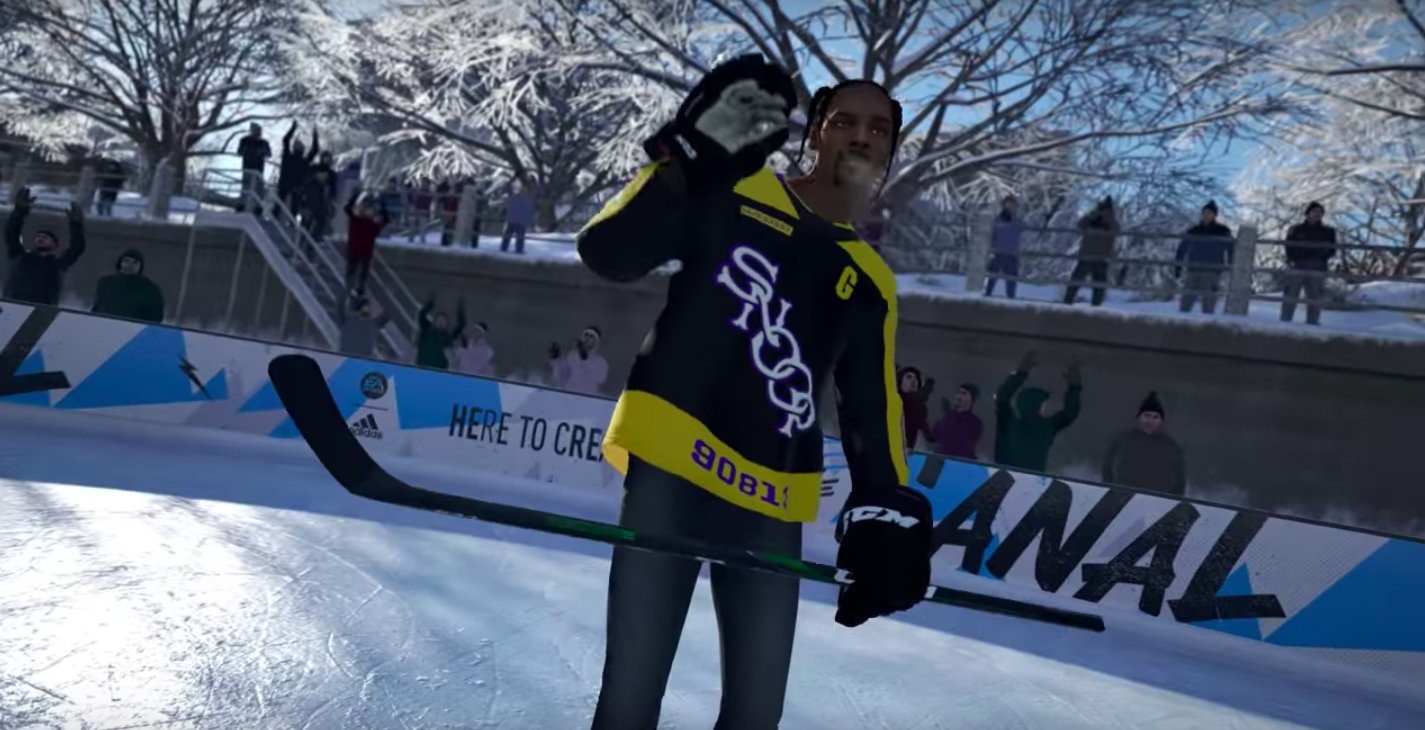 Snoop Dogg has laced up his virtual skates and entered the NHL 20 videogame as a playable character and guest commentator.

EA Games’ popular hockey franchise teased the West Coast rapper’s arrival earlier this week, and dropped a trailer Thursday showing what he’s like in the game.

“Oh, what a shot for the Toronto Maple Leafs, in dramatic fashion,” Snoop says as the computer-generated characters score a goal.

An animated version of snoop also poses in hockey gear on an outdoor rink as the video closes.

It’s the West Coast rapper’s latest of several ventures into the world of hockey. He’s previously joined the broadcast booth at an LA Kings game, and he’s also made funny videos explaining hockey terminology in his signature style.

But not all fans were thrilled with NHL 20‘s latest celebrity addition.

Here’s a glimpse of Snoop on the ice: